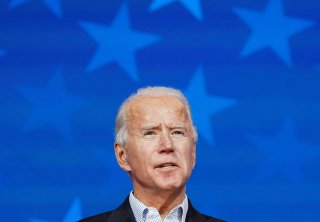 Geological aftershocks give folks the willies because it’s never clear whether they’re simply the death rattles of prior earthquakes or signs of worse to come. The aftershocks of Election 2020, and especially the presidential race, are unnerving for the same kinds of reasons.

All the same, at the time of this writing, it looks like despite the razor-thin margins in so many states, and all the recount demands and other legal challenges spurred by these close calls, Democratic nominee Joe Biden will win the presidency, the Republicans will keep the Senate, and the Democrats will retain control of the House. If so, and in some cases if not, then the following observations and predictions seem reasonable.

First, whatever the outcome, President Donald Trump’s campaign performance and likely vote percentages were still remarkable. In the middle of a re-spreading pandemic, a deep CCP Virus-led economic slump that’s left unemployment at still punishing levels, and unremitting hostility from the very beginning from most and possibly all-powerful private sector institutions in this country as well as much of Washington’s permanent government, he will have given his opponents a monumental scare. If not for the coronavirus, then Trump could well have won in a near Electoral College landslide.

Second, at the same time, the kinds of needlessly self-inflicted wounds so widely discussed seem to have cost Trump many important advantages of incumbency, and combined with pandemic effects to alienate many independents and moderate Republicans who backed him four years ago. Specifically, the constant hucksterism that’s tainted official and therefore weighty pronouncements on every subject from the pandemic to the economy to the North Korea nuclear crisis, and the continuing cracks about the physical appearance of opponents and critics (especially women), never gave these critical constituencies the assurances they sought that he could become presidential enough to lead effectively when the stakes were highest, or—perhaps just as important—to afford any relief from Twitter wars and other contributors to Trump Exhaustion Syndrome.

Third, the stronger-than-generally expected Trump showing means that, all else equal, the prospects for a nationalist-populist GOP presidential candidate in 2024 look bright. After all, how difficult is it going to be for the Republican Party to find a standard-bearer (or six) who champions the basics of the Trump synthesis—major curbs on trade and immigration, low taxes and regulations but more a more generous economic and social safety net, a genuine America First-type foreign policy emphasizing amassing of national power in all its dimensions but using it very cautiously, and a fundamentally commonsense view on social issues (e.g., recognizing the broad support of substantial abortion rights but strongly resisting identify politics)—without regularly picking fights with Rosie O’Donnell?

Fourth, these prospects that what might be called Trumpism will outlast Trump means that any hopes for the establishment wing to recapture the Republican Party are worse than dead. Ironically, an outsized nail-in-the-coffin could be produced by the gains the president appears to have made with African Americans and especially Hispanics. After Sen. Mitt Romney (R-Utah) was defeated at the hands of Barack Obama in the 2012 presidential election, the Republican conventional wisdom held that the party needed to adopt markedly more tolerant positions on social issues like gay rights (less so on abortion), and on immigration to become competitive with major elements of the former president’s winning coalition—notably younger voters, women, and Hispanics. The main rationale was that these constituencies were becoming dominant in the U.S. population.

The establishment Republicans pushing this transformation got the raw demographics right— although the short-run political impact of these changes was exaggerated. But they may well have gotten some of the political responses wrong. Immigration appears to be an outstanding example. However many Hispanic-Americans overall may sympathize with more lenient stances toward newcomers, a notable percentage apparently valued Trump’s so-called traditional values and pro-business and pro-free enterprise positions more highly.

If the current election returns hold, then the results will put the GOP—and right-of-center politics in America as a whole—in a completely weird position. Because Republican Senate ranks are still dominated by the party’s establishment wing, a wide, deep disconnect between the only branch of the federal government still controlled by Republicans on the one hand, and the party’s Trumpist/populist base on the other—at least until the 2022 mid-term vote.

Fifth, as a result, predictions of divided government stemming from Election 2020’s results need some major qualifications. These establishment Senate Republicans could well have the numbers and the backbone to block a Biden administration’s ambitious plans on taxing and spending (including on climate change). But will they continue supporting hard, Trumpist/populist lines on trade and immigration? That’s much less certain, especially on the former. Indeed, it’s all too easy to imagine them acquiescing in the Democratic claims that, notably, the United States needs to “stand up to China,” but that the best strategy is to act in concert with allies—a recipe for paralysis and even backsliding, given how conflicted economically so many of these countries are. As suggested above, the reactions of the overwhelmingly Trumpist Republican base will be vital to follow.

One reason for optimism on China in particular—Senate Republican opposition to anything smacking of the Green New Deal should put the kibosh on any Biden/Democratic notions of granting China trade concessions in exchange for promises on climate change that would likely be completely phony. Trade quid pro quos involving China’s repression of Hong Kong and its Uighur Muslim minority could well be more tempting, though.

Sixth, their failure to flip the Senate, their apparently small losses in the House, and disappointments at the state level (where they seem likely to wind up remaining a minority party) means that the Democrats’ hope for a Blue Wave was a genuine mirage—and looks more doubtful in future national contests as well. For state governments are the ones that control the process of redrawing Congressional district lines in (very rough) accordance with the results of the latest national Census—like the one that’s winding up. So this is a huge lost opportunity for the Democrats and a major source of relief for Republicans.

Meanwhile, on a symbolic but nonetheless important level, the aforementioned better-than-anyone-had-a-right-to-expect Trump and GOP showing means that the desire of many Democrats, most progressives, and other establishmentarians to crush the president (and other Republicans), and therefore consign his brand of politics and policy to oblivion, have been pretty crushed themselves. It’s an open question, therefore, as to whether all these Never Trumpers will respond with even more vilification of the president and his supporters, or whether they’ll finally display some ability to learn and seriously address legitimate Trumper grievances.

Seventh, as widely predicted, the closeness of the presidential vote and the unprecedented use of mail-in voting has produced charges of tampering by Democratic state governments in places like Michigan, Wisconsin, and Pennsylvania. Call it domestic election interference, and the Republican allegations of actual election-stealing that seem inevitable will be at least as angry as those of foreign interference that dogged the previous presidential election. Moreover, if Trump does prevail, most opponents will surely dig deeper than ever into Resistance mode. No one can reasonably rule out violence from either portion of the political spectrum, which would either long delay or outright kill off any chance of even limited bipartisan cooperation where rough consensus does exist between Democratic centrists and Republican establishmentarians (e.g., as mentioned above on China). Any constructive Never Trumper reflection about their failures could be ruled out as well. Here’s hoping, therefore, that Americans can reach an agreement that, once the pandemic passes, in-person voting at a polling place needs to return as the rule, with minimal exceptions.

Finally, for now—those polls. What a near-complete disgrace! And the general consensus that Biden held a strong national lead throughout the country and comparable edges in key battleground states may indeed have depressed some Republican turnout. A nation that genuinely values accountability will demand convincing explanations from the survey and modeling outfits concerned, and ignore their products until their methodologies are totally overhauled. Ditto for a media that put so much stock in their data, in part because so many big news organizations had teamed up with so many pollsters). And if some of these companies are fired outright by news organizations and other clients, and/or heads roll (including those of some political reporters), so much the better. As elites love to tell less fortunate Americans whose skills need some work:: They can learn to code.