The Trump Administration’s Technology Tussle Has Come to Taiwan 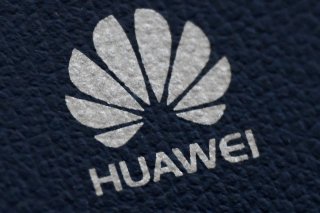 The Trump administration has maintained a high-profile Sino-American battlefield in the information communication technologies (ICTs) domain, especially with Huawei, ZTE, and other 5G companies in China. In recent months, the Trump White House drew the democratic-ally of Taiwan into its on-going “trade war” with Beijing when Washington suddenly realized that it needed the talents and know-how of this island-nation to compete with the advanced Chinese technology sector.

Yet in his bombshell memoir, The Room Where It Happened, former National Security Advisor John Bolton writes that President Donald Trump often downplayed the importance of U.S. commitments to Taiwan in backroom meetings. Bolton claims that “Although it came in several variations, one of Trump’s favorite comparisons was to point to the tip of one of his Sharpie [marker’s] and say, ‘this is Taiwan,’ then point to [his desk in the Oval Office] and say, ‘this is China.’” For President Xi Jinping of China, however, the size of Taiwan’s ICTs capability is not merely “the tip” of a Sharpie marker.

Like Trump’s criticism of China on one day and then seeking Xi’s help on the next day to win the upcoming election (by having him buy more agricultural products from key American battleground states), his administration has often changed policies to galvanize his personal and electoral advantage. After the United States government imposed federal bans on both buying from, and exporting to Huawei for American companies since 2019, for example, the U.S. Department of Commerce further amended its Export Administration Regulation in May 2020 to stop foreign companies from producing components for Huawei and its affiliates with the use of U.S. technology without approval.

Unmistakably, the U.S. intention is to disrupt Huawei and its supply chain. Since then, Huawei’s strategy has been revised to outsource the manufacturing of its 5G integrated circuits to non-U.S. semiconductor foundries—like Kirin Series designed by HiSilicon, a Chinese fabless semiconductor company based in Shenzhen that is linked mostly to Taiwan Semiconductor Manufacturing Company, TSMC. For the White House, the ban would admittedly function as a “tool of strategic influence” on the Communist Party of China (CPC).

In reality, however, there is a growing fear that Taiwan—and its world largest contract chipmaker, TSMC—would become “a pawn in the trade war between the U.S. and China” when the semiconductor manufacturer reportedly stopped taking new orders from Huawei. Thus, the United States has been imposing bans on Huawei, but Washington has yet to see its so-called “strategic influence” on containment and decoupling effort in the increasingly complicated ICT field and its supply chain networks. In the world of technology and innovation, diversification is an alternative, and Taiwan can undoubtedly help the Trump White House.

The Limitation of Past Policies

The U.S. strategies seem to have limited effectiveness thus far as Huawei has always demonstrated in finding innovative solutions to various American policy instruments. When Huawei was banned from selling in the U.S. market, the company expanded into other regions in the world. When Google was forbidden to provide its Apps on the devices of Huawei, the Chinese telecoms giant developed its own substitutes like Huawei’s AppGallery in Canada.

Under the same U.S. ban, when the American 5G chip designer—Qualcomm—is not able to sell its integrated circuits to Huawei, the Chinese giant had been stockpiling chips while they were still available, and then allocated resources to developing its own Kirin Series chips. With the new U.S. export control regulation in May 2020, Huawei may sooner or later have trouble in contracting foreign foundries to make its chips without engaging with the U.S. technologies; the only option left for Huawei could be to find “de-Americanization efforts” in chip designing and manufacturing with their own firms.

According to industry sources, it was reported in June that Huawei placed orders with MediaTek for its 5G chips, which “surge by as much as 300 percent . . . due to the US government’s fresh trade ban on the Chinese vendor.” This purchase has placed MediaTek—a Taiwanese telecom chipmaker—on the forefront of undermining Washington’s “strategic influence” on the CPC. From China’s strategic mindset, however, Taiwan is evidently not the “tip” of a Sharpie marker of President Trump.

The Dilemma in ICTs World

The broader problem for American strategy is that ICTs have an inherent nature for interconnectivity; a fragmented ICTs world is counterproductive, and it is hardly possible to enforce or to stop the proliferation of science and technology as the Trump White House is still slow to learn from its experience with North Korea and Iran. China is neither North Korea nor Iran. As such, while investors and customers are paying attention to Huawei’s manufacturing and market share of 5G handheld devices and its access to Google applications, Washington policymakers are shifting their focus on Huawei’s domination at the 5G backbone technology.

In retrospect, the development of the previous generation of mobile communication—4G standards—was extremely competitive among three distinct systems endorsed by different standard-setting bodies: Long Term Evolution (LTE), the Ultra Mobile Broadband (UMB), and WiMAX. Nevertheless, it was (4G) LTE supported by a standard-setting consortium named 3GPP, which has finally won the support from industries. Hence, history has taught us that containment strategies do not work in a world that focuses on eventual compatibility, as well as such government-driven initiatives in an expanding field full of industry-driven bodies.

China has a greater understanding of the importance of standard-setting in telecommunication. Setting standards for communication technology is an essential issue because it represents the power of control as a form of agenda-setting for the direction of future ICTs. While the development of 5G currently is a continuation of 4G LTE led by 3GPP—a standard-setting consortium in 3G and 4G communications—Beijing has gained substantial leverage within this sole 5G standard-setting body.

The three most important Technical Specification Groups (TSG) of 3GPP are already populated with representatives from China’s state-own enterprises or Huawei:

Most importantly, the international legitimacy for 5G standard should be validated by the International Telecommunication Union or ITU. Engineer by ICT training, current ITU Secretary-General Houlin Zhao from China has been quite critical on the US decision on Huawei, especially when the Trump administration urged its allies to ban the company from building 5G networks because they could be used for espionage.

According to the Chinese head of the Geneva-based UN agency, the American security concerns about 5G mobile networks built by Huawei seem to be “driven by politics and trade rather than any evidence.” Secretary-General Zhao defended China by saying that “those preoccupations with Huawei’s equipment, up to now there is no proof so far” and “Huawei has rubbished the allegations.” The UN agency head then added that Washington has a “loser’s attitude.”

Winning Formula for the United States

When the U.S. has withdrawn from global agencies and weakened its own credibility, the web of China’s national and diplomatic power has been embedded into every boardroom of international influence. Given China’s cultural traditions and diplomatic norms, it is quite possible that these international public servants may have been influenced by CPC leaders in Beijing and their decision-making as well as open statements followed according to Chinese policy guidelines. It is also possible that Huawei may pose potential threats to cybersecurity in many countries and democratic governance elsewhere. Nonetheless, without having the US engagement in the standard-setting process, China will maintain its dominance in the 5G standard with hardly any resistance.

In June 2020, however, the U.S. Department of Commerce suddenly changed its strategy and allowed the U.S. firms to “work with Huawei on 5G and other standards.” In a typical head-in-the-sand response from the Trump administration, U.S. Commerce Secretary Wilbur Ross said in a statement that “the United States will not cede leadership in global innovation.” Without allies and domestic 5G manufacturing firms, the U.S. options—if at all—are narrowing fast for global leadership and diplomatic innovation. With President Xi’s Belt and Road Initiative, China has a growing domestic and overseas markets, especially in the developing world, for its ICT products and services; thus, the American containment and decoupling strategy would hardly suffocate Huawei, ZTE, and other Chinese 5G patents but only slow down its acceleration and expansion.

To limit China’s influence in the telecom industry, Washington has yet to recognize that its strategy to decouple will not depend on the disappearance of demand for ICT products and services but rely on long-standing business logic. That is, by increasing competition through diversifying available technical solutions and attracting the best global talents through immigration and education, for which the United States had been a champion.

Huawei is now acting more like America once upon a time. When Huawei could not obtain U.S. supplies, the company looked for alternatives and allies around the world, drawing the best talents and know-how. Washington has a choice: For a winning strategy, the U.S. Congress needs to look through a rearview mirror for the elements of American success in science education and democratic governance in their policy approaches and trusting public institutions. The winning formula in this ICT competition will be adjudicated by whoever provides better products and competitive services than Huawei. In the race for talents in the business world, Taiwan can certainly be more than a pawn in the game of innovation and leadership.