Is the Trump Administration Backing Away from Saudi Arabia? 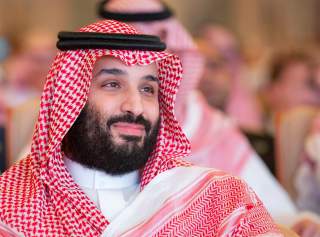 Defense Secretary James Mattis delivered a clear line on Yemen on Tuesday: “Thirty days from now we want to see everybody around a peace table based on a ceasefire.”

Speaking at the U.S. Institute of Peace, he said the move would be “based on ceasing dropping of bombs that will permit the special envoy, Martin Griffiths . . . to get [the warring sides] together in Sweden and end this war.”

He was echoed by Secretary of State Mike Pompeo.

“The U.S. calls on all parties to support UN Special Envoy Martin Griffiths in finding a peaceful solution to the conflict in Yemen,” Pompeo said Tuesday. “It is time to end this conflict.”

For its part, the administration is denying that the assassination of Saudi journalist Jamal Khashoggi has forced its hand; the Saudi-led coalition is the principal, American-backed actor in the conflict.

“The murder of Khashoggi,” Mattis told George W. Bush’s former national security advisor, Stephen Hadley, who himself has been considered for administration roles, at the Tuesday Washington event. “I would separate it out from the Yemen situation.”

Still, the changing political tide around the U.S. relationship with Saudi Arabia is unmistakable: from traditional hawks and Saudi-defenders like Sens. Lindsey Graham and Marco Rubio to foreign-policy restrainers like Sens. Rand Paul and Mike Lee, there is an emerging consensus about a pullback.

The White House, which made Riyadh the cornerstone of its Middle East policy, is now on the defensive. The pro-Saudi tack has its continued defenders, including perhaps most prominently, the social media-savvy Strategic Studies Group, which has backed the Trump White House. On Yemen, SSG keeps it transactional:  “America and her allies worldwide have an indispensable interest in keeping the Bab el-Mandeb strait open to energy shipments,” Brad Petty, vice president at the group told me Wednesday. “A ceasefire in Yemen is fine if only it accomplishes that goal.” He warned of the lingering danger of “Iranian proxy forces who make up one side of this civil war.”

Clearly, with the possible implications of the Mattis-Pompeo announcement, defenders of the current course are scurrying to defend it from the latest blow; in Riyadh, power players who have allied with the kingdom’s crown prince hope to wait out the present furor.

But the strategic alliance between Washington and Riyadh is now clearly on its back foot; the Yemen announcement is only the latest blow to the administration’s policy.

“Mattis and Pompeo are finally acknowledging reality: there is no military solution to the civil war in Yemen and there is no strategic rationale for U.S. involvement,” retired Lt. Col. Danny Davis of Defense Priorities told me. “If the Trump administration is truly serious about the thirty-day deadline, they must call for an end to U.S. support for Saudi Arabia’s military campaign. Anything short of that will merely perpetuate U.S. involvement and extend the brutal civil war."

As I’ve reported, 2018 has represented a tapering back from the hardline the administration pursued in its first year in power, when it effectively backed the start of the Saudi-UAE blockade of Qatar that began in the summer of 2017. That blank check extended to the continuation of the Saudi war in Yemen that began under President Barack Obama.

A Trump administration push to end the war in Yemen—originally a project of Saudi Arabia’s Crown Prince Mohammed bin Salman and initiated while he served as defense minister—would represent a significant comeuppance for the grand designs of the kingdom, to which he acted swiftly after Donald Trump’s shock victory in 2016. Mattis himself persuaded key legislators not to act this past spring ahead of a critical Yemen vote, sparing the administration an embarrassing rebuke by Congress.

For the White House, these remain treacherous waters. On the case of Jamal Khashoggi, who was murdered in the Saudi consulate in Istanbul, the administration could be investigated, especially if the Democrats win the House next week. More than fifty members of Congress have called on the administration to release any evidence of prior U.S. awareness of the Saudi effort to kill Khashoggi.

“In weighing the merits of U.S.-Saudi military cooperation,” said numerous lawmakers, including Rep. Walter Jones, in a letter to Director of National Intelligence Dan Coats. Other right-wing crossovers include the Charles Koch Institute.  The letter continues: “it is imperative that Members of Congress have a full, detailed grasp of the intelligence community’s knowledge of Saudi actions and their potentially harmful impact on the wellbeing of U.S. residents and citizens, as well as any U.S. intelligence failures pertaining to Saudi activities that may have contributed to needless loss of life.”

This effort could open some dark rooms—not just for the Trump administration. A wider probe could put America’s partnership with Saudi Arabia the last two decades under an unforgiving microscope: some critics across the political spectrum continue to question the level of Saudi government complicity in the September 11, 2001, attacks. Right now, the impetus to extricate the United States from the bloodshed in Yemen, at a minimum, is growing.