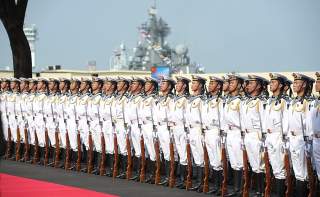 There are plenty of other areas in which the Trump administration can creatively seek cooperation and avoid confrontation as it engages with Beijing. Chinese visitors say Trump should seek to make both China and American great again. Perhaps President Xi can meet President Trump’s requests for fair trade without violating his publicly stated opposition to protectionism. Without such progress, both sides will suffer, there will be no stable global order and we will descend into a destructive spiral that Henry Kissinger has long warned need not happen.

Dr. Michael Pillsbury is the director of the Center for Chinese Strategy at the Hudson Institute and author of The Hundred-Year Marathon (Henry Holt, 2015).