Trump Is Determined to Blow Up the Iran Deal 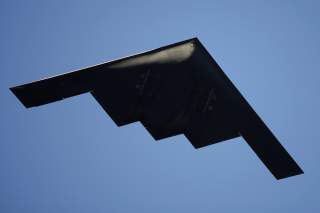 What many observers have been nervously suspecting for months is now clear: President Donald Trump is intent on eviscerating the Iran nuclear deal, irrespective of the overwhelming evidence that it is successfully staving off Iranian nuclear weapons development.

According to an Associated Press report this week, the administration’s new tactic is to use the deal’s “snap inspections” provision, which allows inspectors to demand access to any undeclared sites in Iran reasonably suspected of engaging in off-the-books enrichment activity, to make Iran appear noncompliant. The problem is there is no clear evidence Iran is doing any illicit enrichment or development. So, Iran quite reasonably can be expected to refuse access, at which point the Trump administration can try to falsely depict Iran as violating the deal.

As Daryl Kimball, director of the Arms Control Association tweeted, the Iran deal’s “special access provisions were designed to detect & deter cheating not to enable false pretext for unraveling the agreement.” The administration is simply “seeking trumped up reasons to sink [the] Iran deal.”

And as Mark Fitzpatrick, executive director of the International Institute for Strategic Studies, put it: if there is real evidence of illicit activity, then “an inspection request is warranted. A request designed to trap Iran into saying no isn’t.”

This is all in the context of worrying reports of an intense showdown at the White House earlier this month. The administration is required to certify Iran’s compliance with the nuclear deal every ninety days, which Trump has done twice now. But the last time around, some of the more hawkish members of his administration persuaded him that Tehran was in violation of the agreement’s restrictions, which went against the evidence from the International Atomic Energy Agency of Iranian compliance.

Trump was set on decertifying until an opposing team of White House officials, including Secretary of State Rex Tillerson, Secretary of Defense James Mattis and National Security Advisor H. R. McMaster, prevailed upon the president at the last minute to reverse course and certify Iranian compliance. But, as he confirmed this week, Trump is “prepared to overrule his own advisers in proclaiming that Iran hasn’t met the terms of the agreement.”

"Personally, I have great respect for my people,” Trump said, “but if it was up to me, I would have had them noncompliant 180 days ago . . . We’ll talk about the subject in 90 days but I would be surprised if they were in compliance."

That, of course, reverses how these decisions ought to be made. First you look at the evidence, then you determine compliance.

What Tillerson, Mattis and McMaster understood was that refusing to tell the truth and certify Iranian compliance would isolate the United States internationally and rob Washington of any leverage on Iran among European allies, China or Russia. Plus, if the United States deliberately abrogates the deal, Iran will presumably be freed from all of its restrictions on uranium enrichment, stockpiles, round-the-clock inspections, etc.

But even more important, one has to wonder what the endgame is here. If Trump blows up the nuclear deal, what are the options for confronting Iran that an administration full of hawks will then consider? Sure, they may hope to re-impose crippling economic sanctions or take a harder line against Iranian influence in Iraq and Syria. But the logical end to this determined effort to upend diplomatic progress and ratchet up tensions is military action.

Now, one would think that only some kind of Rip Van Winkle, asleep in the hills for the last fifteen years, could seriously advocate another U.S. war in the Middle East. The Bush administration launched the Iraq war on false pretenses based on cherry-picked intelligence, which was developed in order to fit a policy decision for war that had already been made. A few powerful ideologues in the White House with unwavering confidence in the effectiveness of U.S. military force to change regimes and recreate the Middle East in America’s image, used the pretext of weapons of mass destruction to launch a war. It was a terrible failure that cost trillions of dollars and hundreds of thousands of lives and continues to be a source of instability in the region today.

But advocates for military action and regime change against Iran are out there. And in high places. John Bolton, former UN ambassador under George W. Bush, for example, was an “early candidate to be Trump’s secretary of state” and continues to be “a regular visitor to the White House.” Some insiders think he is angling to be Trump’s replacement for McMaster, with whom Trump is increasingly at loggerheads. Bolton has repeatedly argued for military action to solve the Iranian nuclear issue once and for all.

To be clear, any limited strike against Iran’s nuclear facilities will not be limited for long. First, a limited strike couldn’t destroy the entirety of Iran’s nuclear program, which is dispersed and redundant throughout the country, with several facilities buried underground. And in order to conduct even limited strikes, the United States would have to target Iranian air defenses, likely prompting a much broader campaign. Moreover, Iran is likely to respond, not by capitulation and submission, but by retaliating against U.S. bases in the region, launching asymmetric attacks against U.S. assets and allies, and pursuing a nuclear weapons break-out capability in earnest—responses which would then generate calls for greater U.S. military action, in a dangerous cycle of escalation.

Luckily, the Trump administration has an uphill battle in destroying the nuclear deal and putting the United States and Iran back on the path to war. First, several top cabinet officials apparently oppose such a route. Second, the White House will get considerable push back from European allies, Russia, China and the rest of the international community. And third, if the Obama administration’s failed 2013 push to widen the U.S. war in Syria is any indication, the American people won’t tolerate another costly major conflict.

The Iran nuclear deal is working. If it falls apart and America is once again poised to blunder into yet another tragic failure in the Middle East, it will be Washington’s fault. Let’s hope Trump thinks better of it.

John Glaser is associate director of foreign-policy studies at the Cato Institute. He tweets at @jwcglaser.

Image: A B-2 Stealth Bomber performs a flyover at the 126th Rose Parade in Pasadena, California January 1, 2015. REUTERS/David McNew