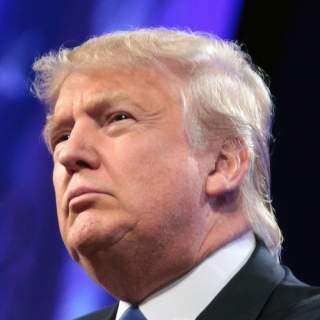 On August 15, Candidate Trump delivered a major speech on fighting terrorism. These days, everything has become intensely partisan, so I preface my assessment with the following self-disclosure: I have been a lifelong Independent, usually leaning towards the Democrats. I have worked on the issues central to this speech – immigration, integration, youth radicalization, nation-building, political Islam and counterterrorism – for the bulk of my professional life, first with a European think tank and then at the RAND Corporation. At RAND, my research focused on how to distinguish radical and potentially violent segments of the Islamic populace from garden variety religious folks. My team spent time in Baghdad trying to help the military figure out which detainees to worry about and which ones to release. In our 2013 study Eurojihad, we evaluated the policies of European governments and warned that their intelligence was inadequate, their cooperation with each other and with the U.S. needed to be beefed up, many of their social policies were naïve and that without major efforts, terrorist attacks were likely; events have sadly borne this out.

Against this background, I have carefully read and evaluated the suggestions made by Mr. Trump. A dispassionate read did not come easily. I have not much liked his comments about women during the early part of his candidacy. I fail to see how a wall along the border to Mexico could be a sensible idea. And I have followed his various eccentric remarks on Muslims and on other diverse matters with bemusement.

Yet today my bottom line has to be: this policy statement is rock solid. It reflects state-of-the-art knowledge on counterterrorism. I can’t, actually, find anything to disagree with. Yes, we need to focus on eliminating radical Islam, which yes, is a totalitarian ideology masquerading as a religion, a diagnosis made years ago by Muslim scholars such as Amir Taheri. Yes, we need to avoid any further ill-advised regime-change adventures; it will be challenge enough to ride out the catastrophic fallout from those of recent years, especially Libya. Yes, we have common ground with Russia, a country that deeply understands the danger of radical Islam, having acquired experience in controlling and managing it in Central Asia during the Soviet era, and Russia can be a partner on this and on solving the intolerable tragedy of Syria; other and more disputatious issues can be postponed until another day. And yes, we need to proceed very, very judiciously in deciding whom to let in, and not fling wide the gates. And yes, yes, yes we need to stop broadcasting the tactical and strategic details of our plans to the world at large, including our adversaries. Mind-bogglingly, this has been our practice for the last decades, and to be fair, not only under the Obama administration but under Bush as well. “The war is going badly so we’ve decided on a military surge. We will be sending x number of additional troops, they will arrive on this and this date, and they will stay for y months, after which they will be withdrawn.” The only word for this is: stupid. Trump promises to be “unpredictable” and in the context of our enemies, and our foreign policy, and our military planning, yes, that is absolutely the smart thing to be.

Now to his thoughts on immigration and refugees. This has been the probably most controversial aspect of his platform to date, with some concluding that he intends to ban Muslims from coming to the U.S. and may even try to expel those already here, possibly to include Muslim American citizens.

His latest speech is more specific and, thankfully, more nuanced. In it, he proposes two measures that I think merit consideration. He states that in regard to newcomers – immigrants and refugees – we need to know exactly who they are, what they stand for and what intentions they hold, before we admit them to our country. Secondly, he says, we need a baseline consensus on what living in America is all about, one that is founded in our laws, our Constitution, and also the values and lifestyle of a modern, open and liberal society. If you share this vision and intend to be a constructive part of our society, you are welcome. If your intention is to destroy or fundamentally transform that society, you are not.

Western Europe is fast becoming Exhibit A on what happens when you fail to draw such a line. There, we see rising sexual assaults on women by refugees and recent immigrants; chaos in the public schools where boys and young men from Muslim countries insult, ignore and even physically attack female teachers, whom they regard as inferiors with no right to instruct them; and rising tensions in daily life as recent arrivals or “born-again” second-generation immigrants try to impose their values on locals, for example by demanding segregation in public recreation facilities. Some European municipalities are trying, belatedly, to establish a baseline that newcomers must accept. They are drafting codes of conduct and lists of values and are obliging immigrants and refugees to sign documents formally pledging to respect and obey existing laws, accept basic principles such as the equality of men and women, and acknowledge prevailing Western customs such as the right of women to wear clothing considered too revealing by Islamic standards. Such signatures, of course, do not guarantee that their hearts are in it, or that they will actually abide by the document, but it’s a start, clarifying expectations and establishing boundaries.

Trump suggests we get in front of such problems by creating “screening procedures” that will allow us to admit only those individuals who “share our values and respect our people.” Our country had such litmus tests during the Cold War to exclude Communists, he argues. But in the current context, is this even possible?

I think it could be. Mindsets and values can be identified, and Islamic extremism is no exception. It’s very difficult, and your methodology needs to be sophisticated, well-informed, and adapted to your goal and to the circumstances. A blunt instrument won’t do, and Trump is right to say that establishing such a process will be slow. I think he is also right to say there is no other option – unless we want societal chaos and are prepared to deal with increasing terrorist violence on our home turf. Flinging open the gates out of a wish to appear inclusive, open-minded and humanitarian is a recipe for disaster.

What would such screening procedures entail? Well, you can’t ask people, “do you believe in democracy” or “are you a terrorist.” That’s much too transparent and the “right” answer is too obvious. Amazingly, some bureaucracies and some countries ask exactly this, but it’s eminently a waste of time. You need oblique indicators, things people will be less likely or less able to falsify. These can be developed, because values and attitudes tend to come in clusters, and people’s behavior has a pattern. A psychopath is likely to have tortured animals as a child. A Canadian has a particular way of pronouncing the “ou” sound. Rural Southern communities in which hunting is a way of life will include few vegetarians. Is this profiling? Yes, it is. Profiling has become a dirty word, but only because we’re conflating two very different things: profiling, and prejudice. Prejudice is not only morally wrong and politically problematic, it is also the exact opposite of what profiling is intended to achieve: it’s a red herring when what you’re looking for is a red flag. Prejudice will make you concentrate on the wrong suspects for the wrong reasons. A profile is not an assumption based on external characteristics, nor is it a way of determining guilt. It is, rather, a set of empirically established correlations that help you narrow the aperture for whatever it is you are looking for, in order to improve your efficiency and allow you to use your resources more effectively. And you can’t get lazy, because the other side is paying attention and adapting. At one point, the terrorist group Hizb ut Tahrir realized that refusing to shake the hands of women was identifying them as religious hardliners, and they instructed their male followers in Europe that henceforth they were to commit this sin in the interest of blending in, arousing less attention and therefore being better able to launch attacks.

I came away from this speech hoping that its ideas won’t be dismissed out of hand by those who don’t like the messenger. Political correctness won’t get us anywhere and neither will partisan hostility. We have problems – big and serious problems – and we need to study them impartially and together, and to consider solutions different from the ones we have unsuccessfully applied since 9-11. Even for a “long war”, that’s too long…

Dr. Cheryl Benard was program director of the Initiative for Middle Eastern Youth and the Alternative Strategies Initiative within the RAND Corporation’s National Security Research Division. Her publications include Civil Democratic Islam, Building Moderate Muslim Networks, The Muslim World After 9-11, The Battle Behind the Wire - US Prisoner and Detainee Operations, and Eurojihad - Patterns of Islamist Radicalization and Terrorism in Europe.
Civil Democratic Islam was one of the books found in Osama Ben Laden’s library during the raid on his compound.