Trump Has a Chance to Narrow Differences with Russia 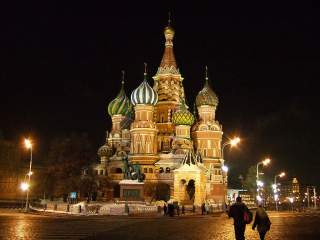 You’ve put yourself in an advantageous position with President Putin and can now expect concessions from him. Your goal should be to lower tensions with Moscow and open a channel of communications where Washington and Moscow can develop a framework for narrowing differences. You should avoid talk of a “reset”—such talk raises expectations and invites criticism of your administration whenever there are setbacks.

Throughout the campaign, Mr. President-elect, you underlined your interest in pursuing a personal relationship with President Putin and treating Russia as a great power worthy of America’s respect. You took a risk in standing by President Putin while mainstream Republicans and the whole Democratic Party thought you had lost your mind. Putin now owes you, and you need to call in some chips. You should warn Putin that the longer he waits, the less of a free hand you will have. The presidential honeymoon period lasts only a short time. After a while, the military and congressional Republicans—to say nothing of Democrats, some of whom believe Russian-backed WikiLeaks cost them the election—will gang up and deep-six any outreach unless Moscow makes a real effort to narrow differences.

As a goodwill measure, the Russian military needs to stand down on interference with NATO aerial operations. Such Russian behavior is risky and gets the media’s attention. Such antics on your watch will be highly embarrassing to you.

Second, you should tell Putin that your administration can’t alone remove U.S. sanctions without more Russian efforts to follow through on its Minsk II promises. The legislation gives the president discretionary powers, but it will be hard politically to lift if you can’t show some progress.

Third, it will hard to wind down tensions if Russia is seen as committing war crimes in indiscriminately bombing Aleppo. Russia needs to allow humanitarian relief and be more concerned about civilian deaths. Mike Pence and other Republican leaders have complained about such Russian behavior, and it has riled up Congress.

Finally, we need to get our talks out of the media glare and behind closed doors. Your administration needs to de-escalate what is turning into a tit-for-tat, upward spiral of U.S. and NATO deployments in eastern Europe followed by the Russian stationing of nuclear missiles in Kaliningrad. Before you know it, we’ll be back in the Cold War. Yes, it’s great for the American and Russian militaries, which can justify their budgets, but it will be economically ruinous for both of us. Such bilateral talks require finesse if they are to avoid raising hackles with our NATO allies, particularly the central Europeans. This can be a big win for you: by getting the Russians to end their threatening behavior, you can show that you’re committed to NATO security.

Mathew Burrows is Director of the Strategic Foresight Initiative.