Trump Has Won the Political Battle, but Not the War 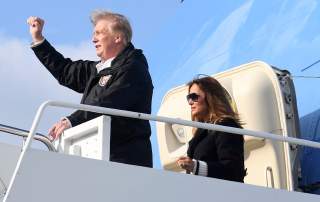 Donald Trump has won big politically, but he may lose where it counts as much if not more—in the criminal justice system. For most Americans, the Mueller saga is now over. Trump was not involved in any collusion with the Russians; no indictments have been handed down. It is true that the Mueller report, even as summarized by Attorney General William Barr, did not exonerate the president—contrary to his own claims in that regard. Nevertheless, for the general public, including the voting public, such nuances are “inside the Beltway” material. Those who support the president will share his sense of vindication. Those who oppose him will continue to do so, and with good reason.

Initial opposition to the president during the 2016 campaign had nothing to do with Russia interference per se, much less with Trump’s possible obstruction of justice. Trump was not president, so there was nothing he could obstruct. Instead, those who subsequently were labeled “never Trumpers” took issue with his views regarding NATO and allies generally, withdrawal of U.S. forces abroad, free trade, and the “wall.” They were even more deeply concerned about his character and what it portended for the future of the office of the president, as well as for his deleterious impact on race relations in the United States. The president has done nothing in the past two years to assuage either of those concerns. Indeed, both in speech and in action he has reinforced them.

Democrats in Congress appear poised to continue their investigations, seeking to find some smoking gun that evaded Robert Mueller and his team for the past two years. It is highly unlikely that they will find one. Instead, they run the risk that the public will sour on what will appear to be nothing more than a sideshow of ultimately pointless investigations and hearings.

Yet if the Democrats run political risks, then the legal risks for Trump, his family, and those at the helm of the Trump Organization loom very large. Had Mueller issued any additional indictments, perhaps of one or more of Trump’s children, or of his son-in-law, Jared Kushner, and had those indictments led to convictions, Trump could—and most probably would—have pardoned those nearest and dearest to him. In so doing, he would also have made it exceedingly difficult for New York State Attorney General Letitia James to obtain indictments, much less criminal convictions, based on her own investigation of the Trump Organization’s operations in New York. To obtain any indictments, James would have had to navigate through the very narrow shoals of double jeopardy for any Trump associate who had been convicted and subsequently pardoned.

In the absence of any additional Mueller-inspired indictments, however, James has an open field. Mueller apparently coordinated his own findings both with her office and that of the Southern District of New York. The latter is a federal institution, part of the Department of Justice, and therefore any conviction it might obtain could be reversed by a Trump pardon. But whatever material Mueller shared with James’ team can now be used against Trump, his family, and those in his former business enterprise. That Mueller did not “exonerate” Trump, nor indict his family members, leaves the president and his associates exceedingly vulnerable.

The Democrats are correct to demand that the entire Mueller report be released. The president asserts that he, too, wants it to see the light of day. But whether or not it is released, one thing is clear: the cloud that hangs over all those at the top of the Trump Organization is not going to disappear for quite some time.