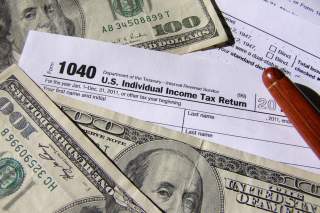 One of the most important primary promises made by Donald Trump on the campaign trail was reforming the tax code. Doing so, according to administration officials, promises to invigorate the U.S. economy and return it to a sustainable 3 percent growth level—a lofty but laudable goal.

On Wednesday, the outline of the tax reform was released, but it was met with little enthusiasm; it contained significant cuts, but they were widely anticipated. Not to mention that the outline was only composed of broad strokes, and leaves a number of areas open to debate and interpretation.

But there was enough in the release for some analysis, and for clues to the starting point of negotiations. The critical elements are a 15 percent corporate and pass-through tax rate, a simpler and lower individual tax code, and a reworking of deductions and specific tax lines. Also of note was the lack of any indication of a border adjustability tax, the controversial tax on imports that has garnered attention. In the end, there are a number of outstanding issues to be resolved, and more than a few areas where significant alterations are likely to occur.

Corporate taxes have been a point of emphasis, but the focus from most pundits has been squarely on the corporate side of the equation. With a proposed reduction from 35 percent to 15 percent, there is good reason for the attention. And while this is a sizable cut, it will not impact the typical small business.

A lower tax rate on pass-through income matters the most for boosting the underlying U.S. economy. Representing the majority of employment, pass-through reform and rate reduction will have direct improve American economic vitality and dynamism. Corporate tax reduction is important for larger, less dynamic businesses, and for boosting profits. However, the translation to underlying economic activity boost will be minute in comparison to the pass-through effect.

If (emphasis on “if”) they remain coupled, even a final landing point of 20 percent would be a significant improvement for the fundamentals of the U.S. economy. Such a reduction would likely extend employment gains, as small businesses would be encouraged to hire at a quicker pace and invest for growth.

The individual tax brackets, meanwhile, were a bit disappointing. Expectations were for a starting point that was a bit lower on the top bracket. One outstanding question for the individual tax rates is whether there will be an larger 0 percent bracket for lower income earners. This was detailed in the Trump administration’s campaign outline, but was not mentioned in the one-page brief. Other than being high on the top end, the brackets were of little surprise.

Now, for the most important caveat: the tax reform is unlikely to permanent. Given that it will not be “scored” as revenue neutral, it will either receive sixty votes or be sunset. With a combination of Democrats and Republican fiscal hawks, there is little chance of achieving that threshold.

Tax reform is likely to take until the end of 2017 to pass, leaving plenty of time for the details to evolve. So, while there remain significant outstanding questions regarding the substance of the tax reform, the initial pass-through proposal is encouraging. The final bill is unlikely to look anything like the current proposal, and it will take some time to get through. It is a good starting point, but it only that—a starting point.