Don't Trash the Iran Deal; Build on It. 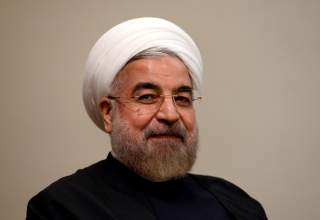 President Donald Trump is on the verge of refusing to certify to Congress that Iran is abiding by its obligations under the 2015 Joint Comprehensive Plan of Action (JCPOA) thus jeopardizing the deal. If the president chooses this course of action and shifts responsibility to Congress to reimpose sanctions, one of his primary rationales for why the agreement must be renegotiated are the so-called sunset provisions, which allow important restraints on Iran’s nuclear program especially with regards to uranium enrichment to begin phasing out in roughly six years and many others to come off gradually within thirteen years from now.

We agree that the sunset provisions are a real problem and a serious limitation of the JCPOA that ought be addressed, but walking away from the agreement today is not the way to do it. If Congress reinstates sanctions now over the objections of virtually all of America’s key partners it will practically unite the international community against it, resulting in the reimposition of a weak and leaky international sanctions regime or with a bitter trade dispute with its closest allies in an effort to make them toe the line. With this weak hand, the notion that Iran will acquiesce to a more restrictive deal than it did two years ago, when the international community was unified and sanctions were brutally squeezing it is fanciful.

Moreover, the United States has not yet exercised to the fullest the legitimate instruments available to it under the JCPOA and corresponding UNSC resolution 2231 to address outstanding issues of concern and enhance the monitoring of the Iranian program. Before walking away from the agreement it should leverage these tools for tougher enforcement. And the existence of a JCPOA at least for now caps Iranian nuclear capabilities freeing the United States to pursue a more aggressive policy to contain the Iranian regional threats without the risk of a North Korea style confrontation.

Instead, a far more prudent course of action now would be to begin pursuing a long-term strategy for building on and improving an imperfect agreement—an approach often taken in the negotiation of international agreements. It's primary aim should be to preclude Iran from legitimately (under Non Proliferation Treaty (NPT) terms) reaching a nuclear threshold state status.

First, the United States could seek to globalize some of the limitations that Iran has agreed to in the JCPOA and apply them to a new global framework for enhancing the capacity to distinguish between peaceful and non-peaceful nuclear energy activities. This "nuclear firewall" will include filling gaps in the NPT by prohibiting specific research and development activities, and military practices which are singularly necessary for producing and operating nuclear weapons.

This is obviously a years long process, but the JCPOA creates an opportunity to have this conversation in the international community. And the further we are able to get in applying these standards to all countries (and also making them a blueprint for eventual disarmament), the easier it will be in the future to negotiate with Iran on keeping them since the Iranians consistently balk at limitations that are viewed as singling them out.

The United States could also pursue a regional or subregional regime for handling nuclear fuel cycle activities that included Iran and its Gulf neighbors. In this scenario, all of these countries would forgo some of the most problematic dual purpose activities available to them under the nonproliferation treaty including indigenous uranium enrichment and spent fuel reprocessing and ideally even agree to limitations on nuclear-capable ballistic missiles. In exchange for these steps which would significantly limit their ability to ever build a nuclear weapon they would get international support and nuclear fuel guarantees to allow them to significantly expand civilian nuclear energy programs.

Such an approach could come with significant economic benefits for Iran and its neighbors and would also address Iranian concerns about being singled out. It would require support from Europe, Russia, and China all of whom could be enticed both with the importance of strengthening nuclear nonproliferation objectives as well as the business opportunities available if all of these countries increased their domestic civil nuclear energy programs.

Even, as the United States seeks to set better positive conditions for follow-on arrangements it should increase pressure and isolate Iran by pointing out its problematic behavior both in the nuclear arena and outside of it. Iran is violating UN Security Council Resolution 2231, which maintains restrictions on transfers of arms, ballistic-missile components and nuclear material to and from Iran, and calls on Iran not to launch ballistic missiles designed to be capable of carrying a nuclear weapon. It also continues with destabilizing actions across the Middle East, which the United States should increasingly expose and counter.

And as we move closer to the day when provisions of the JCPOA start to sunset Iran should be required to ratify and properly implement the International Atomic Energy Agency (IAEA) additional protocol and genuinely try to address all of the IAEA requirements necessary for the IAEA to reach a broader conclusion to the effect that its nuclear program is now inherently peaceful. Iran should also be pressed to accede to a number of other treaties or conventions that all other countries with purely peaceful nuclear programs have ratified and implemented. Any failure to meet these benchmarks by the time key provisions of the JCPOA start to expire should be a serious cause for concern and would certainly help increase pressure internationally instead of just letting key limitations on Iran’s nuclear program come off.

As it both sets positive conditions outside the deal and increases pressure on Iran, the United States should eventually look to negotiate a follow-on agreement, which would keep the current restrictions in place. This will not be easy and pressure will not be enough. To secure a positive outcome the United States and its partners will also have to offer incentives such as trade and investments (including by U.S. companies), nonlethal equipment transfers, peaceful nuclear cooperation and other aspects of normalized relations.

Given how difficult and time-consuming negotiations with Iran are going to prove even under the best of circumstances, early (and secret) development of an elaborate strategy for exercising all of the aforementioned options to address the sunset predicament would be indispensable and that is where the Trump administration would be well advised to start now and where Congress should press to move towards. The good news is that as we get closer to the day when these limitations expire, our international partners are likely to become more concerned about them giving the United States a greater opportunity to negotiate a better outcome or if that fails to reimpose sanctions with greater international support.

The reality is that like every product of tough multilateral diplomatic negotiations, the nuclear agreement with Iran is far from perfect. But walking away now from an agreement that is successfully constraining Iran’s nuclear program today merely because of a fear of a crisis down the road is folly. We may get there eventually. But there are far better options to seek and the JCPOA accords us abundant time to explore them in the interim.

Ariel (Eli) Levite is a nonresident Senior Fellow at the Nuclear Policy Program at the Carnegie Endowment for International Peace. Ilan Goldenberg is the Director of the Middle East Security Program at the Center for a New American Security. They are two of the contributors to an upcoming Carnegie Endowment CNAS report on U.S. strategy towards Iran.