Trump-Putin Summit: The View from Moscow 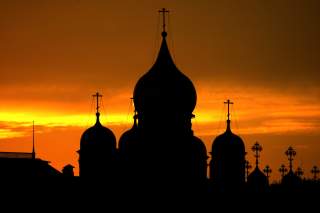 On Monday, Donald Trump and Vladimir Putin will meet in Helsinki. Among the Russian foreign policy elite, there is a sense of cautious optimism about the summit. Despite a clear understanding of the current obstacle to improved relations between Washington and Moscow, many believe that the two presidents can find a way to begin easing tensions. To gain a better sense of Russian expectations, I spoke with a number of leading politicians and academics in Moscow.

In Russia, there is a broad consensus that U.S.-Russian relations are headed in a dangerous downward spiral. “The relationship today between the United States and Russia is at its lowest point since the Caribbean crisis” warns Konstantin Zatulin, who is the First Deputy Chairman of the Duma’s committee for relations with the CIS and Russians nationals abroad and who is one of the nationalist-oriented leaders of Putin’s United Russia party. Zatulin’s concern is echoed by some in the opposition. Maksim Shevchenko, a prominent left wing journalist who was the communist representative in recent presidential television debates and is running for Governor in the Vladimir region near Moscow, explains that “the United States and Russia have stepped too close to each other in the Middle East.” He takes a stark view of any potential Russian concessions to Washington. When I asked him about Trump administration efforts to sway Moscow to help diminish Iranian influence in the Middle East, he responded, “This is impossible, this is a path to war.” He maintained that “without direct talks with Iran, no deal is possible.” According to him,  “I personally believe that Russia should not betray Iran. ...It is not permissible to adopt a position on the Middle East that only supports Israel.”

However, in the lead up to the summit, there is some renewed optimism in Moscow about Donald Trump’s desire to reach a common understanding with Russia.  Andranik Migranyan, a professor at the Moscow Institute of International Relations and an informal adviser to the presidential administration, argues that Trump could not improve relations with the Kremlin during his first year in office because “he needed to show the American public and his political opponents that he can be tough on Russia and that he in no way depends on Russia.” Having made this point, and bolstered by the recent success of the American economy, Trump now “feels more confident” about his ability to strike a deal with Putin. For Moscow, Trump’s domestic limitations on engaging with Russia appear less severe than they did a year ago.

Additionally, the Russian foreign policy establishment view John Bolton and Mike Pompeo as upgrades over their predecessors, despite their reputation for being tough on Russia. Dmitry Suslov, Deputy Director at the Center for Comprehensive European and International Studies at the Higher School of Economics, met with Bolton when he traveled to Moscow to help organize the summit between the two presidents. “Bolton by his personal convictions remains a neoconservative, but as Donald Trump’s national security advisor he expresses the President’s point of view and not his own agenda,” he told me. Suslov views Pomepo in a similar light. Consequently, he anticipates that the two men will work faithfully to implement Trump’s policy towards Russia, even if they personally do not fully endorse it.

Moreover, Russian experts value the stability that Bolton and Pompeo have brought to Trump’s foreign policy team. “Better to have a tough opponent than an unclear partner who says one thing then another,” Migranyan stated.

What are Moscow’s objectives for the upcoming summit? According to Suslov, the Russian side has three primary goals. First, Kremlin seeks to establish more robust lines of communication with its counterparts in the Trump administration and initiate a dialogue on security matters ranging from cybersecurity to nuclear weapons. Second, it wants Washington lessen pressure on third party countries such as India and Vietnam for maintaining economic and military ties with Russia. Finally, the Kremlin believes that it might be able to reach deal with Trump, who is less committed to removing Assad from power than Obama, on Syria.

Russian analysts understand that no meaningful progress in U.S.-Russian relations is possible until a certain level of closure surrounding Russia’s interference in the 2016 presidential election is achieved. “If Russia does not do this, we will not be able to do anything with the United States” said Suslov. He points to possible solutions on the issue of cybersecurity. The first is a deal that sets limits on the conduct of cyberwarfare between the two countries. In addition, Russia could ease the level of its cyber operations against the United States in exchange for American concessions in other areas.

However, a completely mutual understanding on cybersecurity is unlikely. Suslov says that Russia will only cease trying to influence American domestic politics if the United States totally forswears actions that the Kremlin regards as interference in its internal affairs. These include “financing Russian NGOs, providing moral-political support for the Russian opposition, and expressing any kind of opinion about protest actions and movements that happen from time to time in Russia.” Suslov does not expect the Trump administration to agree to such terms.

Another matter on which the Kremlin may be willing show some flexibility is Iran. Migranyan suggests that Moscow might see whether Tehran would be willing to renegotiate certain aspects of the Iran deal that Trump finds objectionable. Suslov floated the idea that Russia could help the United States reduce Iranian military presence in Syria in exchange for the United States backing a peace process that would leave Assad in power. At the same time, he notes that Russia would then be obligated to increase its cooperation with Iran in other areas to avoid completely alienating its Middle Eastern ally. Putin’s spokesmen, Dmitry Peskov, has denied the possibility of such a deal.

An area where the Russian foreign policy establishment expects no progress on is Ukraine. Moscow most certainly has no plans of making concessions on Ukraine, especially renouncing the 2014 annexation of Crimea. “We will not discuss returning Crimea,” Zatulin indicates. There is, however, no anticipation that America will change its position on Crimea anytime soon. Suslov dismissed Trump’s recent comments about potentially recognizing Crimea as part of Russia as “trolling” aimed at pressuring the Europeans into increasing their military expenditures prior to the NATO summit.

Like their American counterparts, Russian analysts are watching the growing tension between the United States and its European allies with great interest. Suslov regards the situation as an opportunity for Russia to grow closer with the Europeans at America’s expense. However, he is quick to emphasize that “there is a very clear understanding that Russia will not succeed in fully bringing the Europeans into its camp.” While Russians regard Trump with fascination, his fundamental unpredictability means that while they hope for better relations with Washington, they remain apprehensive about the direction his administration will ultimately take.