Is Trump Really Headed to War With Iran? Here is What Two Experts Think 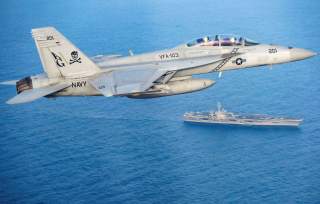 This problem is made more dangerous because America’s interests and red lines seem to shift depending on which public official is doing the speaking. “Classical security dilemma-like stuff,” said Pillar, could cause unintended escalation. He elaborated that every defensive military move made by one side is regarded as offensive and threatening by the other, raising the risk of conflict and the need to respond.

None of the participants suggested that it is likely that a breakthrough would happen anytime soon. Iran appears intent on standing firm and any non-military resolution to the crisis would likely either involve Tehran managing to outlast U.S. pressure or else a new deal being made that only slightly modified the old one. Pillar suggested that one solution might be for the Iranians to offer cosmetic changes and allow Trump to broadcast them as a great breakthrough, similar to his handling of the North American Free Trade Agreement. For now, however, the danger of escalation and war loom large.

John Dale Grover is an assistant managing editor at The National Interest.