Trump Is Right about Iran, and Needs Opposing Sides to Focus on Common Ground 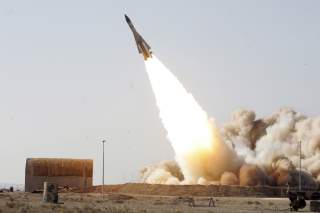 Positions on both sides of the debate over the JCPOA have become firmly entrenched, and more often than not arguments in op-eds and on social media are presented in a manner that precludes anything that even approximates constructive exchange. However, the ongoing battle—especially the spread of populist statements and the plethora of accusations—will not protect U.S. interests or the main values on which the nonproliferation regime stands. Thus the question arises: can the two camps find common ground to fulfill their professional mission to stop the spread of nuclear weapons?

Currently, the debate among nonproliferation experts looks primarily like an exchange of fire. Perhaps the best example of the “dialogue of the deaf” between the two sides is the debate over Iran’s compliance with the JCPOA. Prominent supporters of the deal have become particularly acerbic regarding the Trump administration’s policy on Iran, and seek to undermine it. They flatly reject the president’s decision to decertify the deal on the grounds that the IAEA determined that Iran was in compliance with the deal. However, according to U.S. law, there are additional grounds whether or not to certify, not least of which are calculations of U.S. national-security interests. Moreover, not everything in the JCPOA is even under the purview of the IAEA, and therefore on its own the agency cannot determine overall Iranian compliance with the deal. But most important is that Iranian compliance does not indicate that the deal “is working,” namely, that it is preventing Iran from going nuclear. Quite the opposite: if it is a bad deal (for the West), then a semblance of Iranian compliance clearly serves Iran’s interest in maintaining and enhancing its breakout capability, with the express approval of the international community.

The tone employed by deal supporters also tends to focus more on the president than the issue at hand. The message seems to be that if you think that President Trump is highly problematic in domestic affairs, you should oppose his Iran strategy as well. However, this linkage is misleading and dangerous. The president’s many provocative statements do not necessarily herald an erroneous strategy on Iran. In fact, moving rhetoric aside, the president’s newly declared approach to the JCPOA captures most of the common ground between the deal proponents and opponents—more than might meet the eye.

What do we mean? An objective analysis of the JCPOA reveals major flaws in the nuclear deal. A majority of American public opinion accepts this assessment, as do many Democrats who ultimately voted in favor of the deal. Indeed, even some staunch supporters of the deal admit that there are flaws in the JCPOA that should be amended before the sunset provisions kick in and the major limitations on Iran's nuclear program are gradually terminated. Fixing the deal would necessitate an extension of the sunset clauses, or conditioning them on indications of changed Iranian approach and behavior. There is also a need to improve international inspections over Iran’s military sites, and to adopt a new UN Security Council resolution that flatly prohibits Iran from testing ballistic and cruise missiles that are capable of carrying nuclear warheads, regardless of their range or Iranian denial of nuclear intentions. Keeping an eye on these flaws, and coupled with issues such as Iran’s aggressive regional profile and stepped up regional presence, its rejectionist rhetoric toward the United States, and its unwillingness to open military facilities to IAEA inspection, it seems clear that Trump is justified in his desire to fix the deal.

Moreover, most deal supporters and critics not only agree on the desired objective of U.S. policy regarding the nuclear threat from Iran; they also generally agree that a fixed deal is better than the alternative of doing away with the deal, which Trump has threatened to do if he does not gain the cooperation of allies in making the necessary changes. Moreover, if the deal is doomed to be violated, it should be the outcome of an Iranian decision rather than an American one. This will isolate Iran and enhance international legitimacy for an American campaign to pressure Iran to accept a new deal or, as a last resort, use force to try to prevent Tehran from crossing the nuclear threshold. As such, both sides should hope for a successful Trump policy.

Despite his public scorn of the deal, President Trump clearly stated his intent to strengthen the JCPOA, not to do away with it. In his policy speech the president repeatedly noted his desire to work with U.S. allies to implement his proposed changes. In short, the administration is going in the right direction with its Iran policy. But if the administration is not able to effectively implement its policy on Iran due to lack of cooperation—both within the United States and even more so, in Europe—the party that will benefit is the Iranian regime.

The problems that the Trump administration faces in the domestic arena have to do both with the nature of this heated debate, as well as the highly controversial nature of the president himself. Nevertheless, there is a keen need to get past the internal controversy among supporters and detractors of the JCPOA, and to focus in a serious manner on those areas that must be strengthened—in and surrounding the nuclear deal. In order to execute effective solutions that both sides agree are an improvement over the current situation, the Trump administration needs cooperation.

Therefore, there is a vital need for new discourse that seeks new and innovative strategies to fix the deal in ways that will serve U.S. interests. Not only would this intellectual effort better reflect the positions of the nonproliferation community; it can actually contribute to U.S. policy. It can assist the president in protecting the declared goal of the JCPOA, which is the prevention of a nuclear-armed Iran, and strengthen the nonproliferation regime. Concentrating on the ongoing dispute, rather than areas of common ground, diverts the community from its strategic goal and historic role.

Dr. Emily B. Landau is a Senior Research Fellow and Head of the Arms Control and Regional Security program at the Institute for National Security Studies (INSS).

Dr. Avner Golov serves as the Director of Research Programs at the Institute.