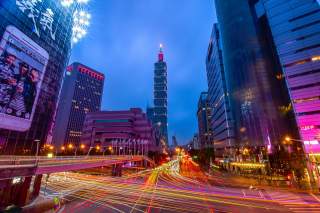 After President Donald Trump’s “lengthy” phone call with Chinese president Xi Jinping in February, murmurs in Washington and Taipei began to surface that Beijing may once again be pushing for a fourth communiqué with the United States. While the likelihood of a fourth communiqué may seem remote or “unlikely”—at least for the time being—festering doubts over U.S. commitment to its allies and partners can have a deleterious effect on regional security. Greater uncertainty may be pre-empted if the Trump administration takes the bold step of issuing assurances for Taiwan. Such assurances are necessary in the strained U.S. policy ecosystem and political environment, which former director of the American Institute in Taiwan Bill Stanton has described in a recent speech as fraught with “contradictions” and a “lack of coherence.”

In a roller coaster like transition process, perceptions of U.S. policy towards Taiwan and China quickly rose to exhilaration and dropped to trepidation as Trump broke protocol, questioned policy dogmas and affirmed the U.S. policy “status quo.” Quickly following on the heels of the Trump-Xi call, People’s Republic of China (PRC) state councilor Yang Jiechi was dispatched to Washington. Not coincidentally, Yang met with senior U.S. officials on February 28, which marked the forty-fifth anniversary of the 1972 Shanghai Communiqué. The Shanghai Communiqué is the first of three communiqués that laid the basis for the derecognition of Taiwan and the eventual normalization of relations between the United States and the PRC.

On the issue of Taiwan’s sovereignty, the Shanghai Communiqué (1972) notes that the “United States acknowledges that all Chinese on either side of the Taiwan Strait maintain there is but one China and that Taiwan is a part of China.” The second communiqué in 1979, which established diplomatic relations between the United States and the PRC, again merely reiterated the 1972 communiqué by stating: “The Government of the United States of America acknowledges the Chinese position that there is but one China and Taiwan is part of China.” The third and final communiqué in 1982 held steadfast to the use of “acknowledged” as it related to Taiwan’s sovereignty. On top of all the negotiations that went into getting the United States to reaffirm the basic premise of the 1972 communiqué, the Reagan administration took the extra step of issuing a series of assurances that form the bedrock of U.S. commitments to Taiwan.

To be sure, the Three Communiqués provided little consolation for what Beijing coveted most of all. Indeed, the communiqués neither accepted nor adopted Beijing’s position, and fell well short of Beijing’s mantra that Taiwan is a PRC province. That Beijing would want to negotiate a “fourth communiqué” to update the 1972, 1978 and 1982 joint communiqués is therefore not surprising or, in fact, new. Indeed, Beijing has been pushing for a fourth communiqué since as far back as Bill Clinton’s administration. According to a Congressional Research Services report authored by Asia specialist Shirley Kan in the lead-up to the 1997 summit between Jiang Zemin and Bill Clinton, “the PRC desired to have a ‘fourth communiqué’” to include “further U.S. assurances on Taiwan.”

Four years later, after George W. Bush was elected president, the idea for a fourth communiqué again surfaced. This time made in January 2002 by the late American statesman, Ambassador Richard Holbrooke, who recommended a fourth communiqué to solicit Beijing’s support for the war on terrorism. Former long-term State Department official, Alan Romberg, argued then that a new communiqué “would only underscore the differences between the two countries on some of the most fundamental questions rather than bringing out a substantial coincidence of views. For example, with regard to the core issue of Taiwan, the U.S. ‘one China’ policy has major differences from the PRC’s ‘one China’ principle.”

In his confirmation process, Secretary of State Rex Tillerson took the necessary step of affirming President Ronald Reagan’s Six Assurances as a cornerstone of U.S. commitments to Taiwan. In the face of Beijing’s equivocation of its commitment toward settling the Taiwan issue by peaceful means, rather than providing the PRC with further U.S. “assurances on Taiwan,” President Trump should issue new assurances that clarify U.S. commitments to Taiwan as legally mandated by the Taiwan Relations Act.

The importance of Reagan’s Six Assurances and its application to Taiwan policy today cannot be understated. No time in close to forty-five years since the Six Assurances were issued are the explicatory statements of U.S. policy more needed to rectify what Stanton described as now riddled with “contradictions” and a “lack of coherence.” Yet, as a former colleague recently noted, the six assurances to Taiwan are necessary but not sufficient. Indeed, the Six Assurances read alone does not adequately capture the full extent of U.S. commitments to Taiwan. To be sure, a reaffirmation of the Six Assurances must be read in conjunction with the two other “non-papers” conveyed by President Reagan on July 26, 1982, and August 17, 1982.

These “non-papers,” which are documented in the late Ambassador Harvey Feldman’s book and policy memo, unequivocally stated that the “U.S. side has no intention of setting a date for termination of arms sales. The United States does not agree to the PRC’s demand to have prior consultations with them on arms sales to Taiwan.” The non-papers included a promise that “The U.S. will not only pay attention to what the PRC says, but also will use all methods to achieve surveillance of PRC military production and military deployment.” Lastly, it limited U.S. interest to “that any resolution of these issues be accomplished peacefully” and committed that the United States “will do nothing to jeopardize the ability of the people of Taiwan to deal with this matter in their own way.” Perhaps most importantly, that any concessions to Beijing must be “predicated on one thing: that is, that the PRC will continue to advocate only to use peaceful means to settle the Taiwan issue.”

Despite the uncertainties surrounding the Trump-Xi presidential summit at Mar-a-Lago, the summit could be an opportunity for President Trump to hit the reset button on United States, Taiwan and PRC relations by returning to the fundamentals of U.S. policy towards Taiwan represented by Reagan’s three non-papers and the Taiwan Relations Act. Such assurances, at the very least, will help to restore the baseline for a positive trajectory in U.S.-Taiwan relations as prescribed by U.S. law.