Trump Should Uphold Arms Control, Not Destroy It 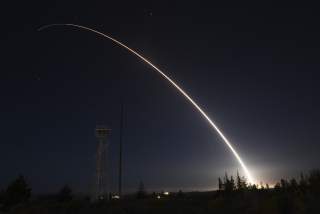 The Trump administration has taken up the cause of arms control destruction with evident gusto. The Nuclear Deal with Iran (the Joint Comprehensive Plan of Action or JCPOA) was terminated in 2018, dividing the United States from its allies and putting the whole Middle East on edge—where it remains to this day. It apparently did not occur to the administration that tearing up one nuclear agreement while trying to reach another with North Korea could prove to be an irresolvable contradiction.

Washington once again crossed its allies by leaving the INF Agreement and thus blowing up President Ronald Reagan’s noble bequest of bringing a genuine and stable peace to Europe. This may give Russian (and Chinese) military planners a bit of a headache, but nothing more. On the other hand, U.S. allies stand to lose badly from the prospect of arsenals brimming with intermediate-range nuclear weapons, since they will once again become major targets.

Most recently, Trump illustrated his distaste for arms control when he announced withdrawal from the Arms Trade Treaty at a meeting of the National Rifle Association in April. Yet, Trump, it must be said, is not an aberration in his disdain for arms control. It was not too long ago that George W. Bush took a blowtorch to the heart of global and regional arms control. First, he took Washington out of the Anti-Ballistic Missile (ABM) Treaty in 2001.

Undermining the rather decent UN inspections regime in Iraq, he also made war on that country in search of WMD with the paradoxical (and often unrecognized) result that North Korea moved relentlessly forward with its own WMD program, resulting in an initial weapon’s test in 2006. These two events were not unrelated.

Another frequently overlooked blow to arms control during the Bush Jr. years came as a consequence of repeated rounds of expanding the North Atlantic Treaty Organization. In this case, Moscow retaliated in late 2007 by pulling out of the Conventional Forces Europe (CFE) Treaty that regulated the positioning of tanks, artillery, attack helicopters and such heavy weaponry, forming a vital plank of the European security architecture that embodied the “new thinking” that ended the last Cold War.

That’s all ancient history today. Still, it’s interesting to examine some of the relics of the old arms control regime—what’s left of it anyhow. It was back in July 1955 in Geneva that President Dwight Eisenhower, a leader that knew a thing or two about the horrors of war, first proposed the revolutionary arms control concept of “Open Skies,” wherein each of the superpowers would be able to make surveillance flights over the other’s territory to ensure they were not hiding war preparations. As one account of that historic moment recently relates: the proposal came just after the “red-scare frenzy, [so] a scheme to let communist Soviet spy planes into U.S. airspace seemed sure to go over poorly. Instead, the American public loved the idea. Eisenhower’s highly publicized offer brought him some of the highest approval ratings of his presidency.”

That extraordinary and unique legacy of Ike’s was actually picked up with foresight by George H.W. Bush, and a treaty was finally inked with Moscow in 1992 which came into force in 2002. Today, the Open Skies Treaty includes thirty-two additional states beyond America and Russia. As reported very recently in the Russian newspaper, Rossiskaya Gazeta, it turns out that Russia conducted a flight over America just a few weeks ago on April 25, 2019. This was apparently the maiden flight (over the United States) for a new spy plane fabricated in Russia for this very purpose. Needless to say, the Тu-214ОN (Open Skies [Открытое небо]) comes equipped with some really nice cameras. The Russian plane “flew over the most secret military sites of the United States [совершил полет над самыми секретными военными объектами Соединенных Штатов.]” And where was that, TNI readers might wonder?

The Tu-214ON apparently took off from Rosecrans Air National Guard Base in Missouri and first headed south to Dyess Air Force Base in Texas. That base has B-1 Lancer bombers, known in Russian as “strategic missile carriers [стратегические ракетоносцы].” From there, the Russian aircraft flew toward Fort Bliss near El Paso. The Russian report maintains that Fort Bliss has a “missile test site, the headquarters of the electronic intelligence center and the command of the high-altitude missile defense system THAAD. [ракетный полигон, штаб-квартира центра радиоэлектронной разведки и командование систем высотной ПРО THAAD.]”

After that, the Russians made a pass over White Sands, followed by Sandia National Laboratories, where “in addition to nuclear weapons, they also work on hypersonic weaponry [помимо ядерного, работают и над гиперзвуковым оружием.]” Then, it was on to the “nuclear center [ядерный центр] at Los Alamos. From there, the flight ventured further to an alleged chemical weapons holding facility. The next day, the Russian aircraft made a “visit” to photograph both Cheyenne Mountain [Шайенн] in Colorado, as well as Offutt Air Force Base in Nebraska. Thus, the mission finished by completing overflight for the “command point of US nuclear forces [командный пункт ядерных сил США].” Still, such activities that seem cooperative during this time of rising tensions should not at all be taken for granted. In an unusual move, the U.S. side made an “open skies” flight in the aftermath of the Sea of Azov Crisis in December 2018. That, in turn, appears to have caused considerable heartburn in the Defense Ministry in Moscow.

Fortunately, in late April 2019, the Russian flight seems to illustrate that the Open Skies Agreement is not in danger of imminent collapse—thank goodness! Instead of ripping up the hefty arms control and peace-making legacies of Presidents from Eisenhower to Reagan to Obama, present and future administrations should be examining new ways to invigorate these processes. Indeed, tense situations across the world can be alleviated through arms control and related confidence-building measures.

These processes can aid and have already facilitated de-escalation in eastern Ukraine, Kashmir, Syria, and on the Korean Peninsula, of course. They could be exceedingly useful in salving some of the tensions along China’s borders too. Recently, in North China, I was surprised when a Chinese scholar suggested to me that East Asia needs a CFE Treaty, regulating conventional armaments and related deployments. At that moment, I had to sadly report that CFE, such as it had existed with major benefits for European security, now lies in ruins.

Arms control is critical to mitigating the “security dilemma,” a concept that is at the heart of nearly all thinking about international relations since 1945. That dilemma holds that if one’s states security is improved at the expense of another, such steps are likely to be destabilizing, fueling arms racing and even war. While such outcomes are clearly contrary to U.S. national interests, there is arguably one group that stands to benefit from the demolition of arms control and the resultant rivalry dynamics of the New Cold War. Perhaps that is why Eisenhower, the venerable warrior president, opted to “call out” the problem of the military industrial complex in his farewell address? Making it a major theme of his farewell address underlined both the force of his conviction and the clarity of his stark warning for us today.

Finally, it’s a troubling paradox of the contemporary world that even as technology actually creates more and more opportunities for arms control, that the news media is nearly completely bereft of actionable proposals. Instead, the media acts, for the most part, to stoke international tensions by serving up steady doses of harried, ahistorical judgment and xenophobia. That may sell newspapers, deliver “clicks,” and raise TV ratings, but it is not good for either international security or U.S. national interests.