Trump Starts to Form His Administration 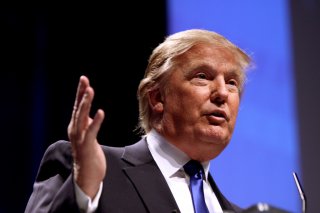 Donald Trump’s nomination of Senator Jeff Sessions to become attorney general is triggering a chorus of indignation on the left. But Sessions, who entered the Senate in 1997, who chaired Trump’s national advisory security advisory committee and who serves on the bipartisan advisory council of the Center for the National Interest, has compiled a record that suggests he will be a decisive and constructive leader of the Justice Department. Sessions is potentially a historic appointment, sending encouragement to law enforcement agencies not to allow political correctness to become a straitjacket on the performance of their essential duties.

It is hardly surprising that Trump would select Sessions for this post. He was a staunch promoter of Trump’s fortunes during the primary, and fits in very well with his populist instincts. Sessions is an opponent of amnesty on immigration.

For all the denunciations of Sessions, it is worth recalling that Sessions supported awarding the Congressional Gold Medal to Rosa Parks in 1999. Senator Lindsey Graham is quoted by CNN as stating that there is no sign that he’s “motivated by race or religion.” According to Graham, “He’s just a very conservative guy. He’s very sincere and passionate about his beliefs.”

Trump has also selected Reince Preibus, the former head of the Republican National Committee, to serve as his White House chief of staff and Stephen K. Bannon, the former head of Breitbart News, as a senior adviser. It represents a strategy reminiscent of Ronald Reagan appointing James Baker, on the one hand, and Edwin Meese, on the other, with each channeling different parts of the GOP.

For his foreign policy team, Trump has selected Lt. General (Ret.) Michael T. Flynn. Flynn, a Democrat who ran the Defense Intelligence Agency from 2012 to 2014, has demonstrated personal loyalty to Trump and a willingness to reject political correctness. Flynn’s observation that there is no difference between Russia Today and CNN is not one we share, but there is a need for fresh thinking about Russia. Where Flynn would head is unclear. In his book The Field of Fight, which is co-written with Michael Ledeen, Flynn has also observed that the “two most active and powerful members of the enemy alliance are Russia and Iran, and we can judge their efficacy in the skies and on the ground in Syria and Iraq.” He has added, “when it is said that Russia would make an ideal partner for fighting Radical Islam, it behooves us to remember that the Russians haven’t been very effective at fighting jihadis on their own territory, and are in cahoots with the Iranians.”

Finally, Trump has appointed Mike Pompeo, a Republican hawk and Congressman from Kansas, to head the CIA. Pompeo is a member of the House Intelligence Committee. He has opposed the Iran deal, writing in July 2016 that the United States should “walk away from this deal.” Certainly the Trump Administration is likely to revisit the deal. In commenting on the Pompeo nomination, Representative Adam B. Schiff, a California Democrat who serves on the committee, stated, “While we have had our share of strong differences — principally on the politicization of the tragedy in Benghazi — I know that he is someone who is willing to listen and engage, both key qualities in a C.I.A. director.”

Trump is selecting cabinet members whose views are compatible with his own. In the coming weeks, he will continue to make consequential choices that exert a decisive influence on the policies of his nascent administration.