Trump Is Still the One to Beat 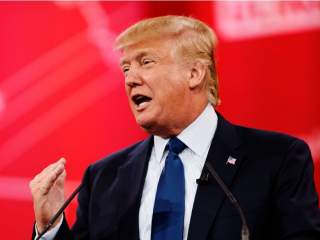 Senator Ted Cruz decisively won the Iowa caucuses last night. There was no elbow-rubbing as with the Democrats. There were no recounts or recriminations. The Texas senator beat Donald Trump by a little over three points.

The question now is whether it will matter.

Even the most cursory student of politics knows that Iowa has a reputation for being an anomaly. Mike Huckabee won the Hawkeye Cauci in 2008 and Rick Santorum placed first in 2012, only to be checked by John McCain and Mitt Romney respectively, both of whom won the subsequent contest in New Hampshire and the Republican nomination. The days when the roles were reversed, when New Hampshire awarded delegates to Pat Buchanan in 1996 and John McCain in 2000, seem long gone. The GOP’s recent fleet of presidential nominees has been better suited to the moderate Northeast than the born-again Midwest.

This year all the rules of Republican politics have fallen away, perhaps into an Iowa field by means of being pushed from Donald Trump’s helicopter. The vermillion-capped billionaire has so dominated the 2016 presidential race that the operative question is not who will win but whether Trump can be stopped. And yet the primaries may very well turn out like they always do. Trump leads in New Hampshire, the moderate state. He leads in South Carolina, the establishment state. He leads in Nevada, the libertarian state. His margins in those places are not narrow. Cruz engineered an impressive victory in Iowa because he had a knack for its evangelical voter base. But can he also arrange wins in other states with different complexions requiring different strategies, all while The Donald looms overhead? Cruz’s Iowa efforts were exhaustive. One imagines him waking up tomorrow and thinking, “Now I have to do that again?”

That’s why Trump didn’t emerge last night with a verbal Gatling gun and systematically mow down Cruz, Rubio, Carson, the GOP, local voters and maybe Thomas Jefferson for acquiring Iowa in the first place. “Iowa, we love you, we thank you, you’re special,” Trump gushed in his victory speech. “We will be back many, many times.” But not for a while. Now he can move on to the states where he commands a massive lead. Trump fully anticipates Iowa remaining an anomaly. In next week’s New Hampshire primary, Real Clear Politics has him up 22 points over Cruz.

Still, however daunting is his road ahead, there’s no question that Cruz pulled off an impressive feat yesterday. Dismissed by politics watchers after he gained and lost the lead back in December, he beat the polls, which were predicting a Trumpalooza. He courted both social conservatives and libertarians, former Rick Santorum backers and die-hard Ron Paul revolutionaries. He defied the national Republican establishment, which cynically preferred a Trump win. He also defied the Iowa Republican establishment, which opted for a rare eleventh-hour intervention in the form of Governor Terry Branstad. Branstad warned that Cruz would end the ethanol mandate, long a third rail in Iowa politics. That Cruz still won is nothing short of incredible. Somewhere in the bowels of agriculture mega-company Archer Daniels Midland, lobbyists are moaning and clutching their heads.

There was initially trepidation among Team Cruz as early returns showed a wave of first-time caucus-goers, suggesting that Trump’s supporters, many of whom have no history in Republican politics, were out in force. We’ll have to wait for the data to be parsed, but it now appears that just as many of these neophytes turned out to stop Trump as to support him. The white working class has made for a powerful pro-Trump coalition; could an unlikely alliance of evangelicals, college graduates and suspicious conservatives form into equally strong anti-Trump coalition?

If they do, they’ll need to unite behind a champion, and right now the rest of the Republican field is a wash. In New Hampshire, Cruz is tied for second with the abruptly surging John Kasich, Jeb Bush logs double digits and Rubio is stuck below 10 percent. The anti-Trump vote is still heavily divided, a bitter pill for establishmentarians who celebrated the anti-Romney vote going three ways in 2012. Many of them are rooting for Rubio, who exceeded expectations in Iowa after lowering them through the floor. “Third in Iowa, second in New Hampshire, first in South Carolina” is Rubio’s catchy strategy. He’s one third of the way there.

Rubio will see a boost out of Iowa and Cruz will see a bigger one. But the main attraction is still Donald Trump. The 2016 race will depend on whether Republicans decide they’d rather destroy him or make him their nominee.