Trump Takes the Immigration Fight to the Next Level 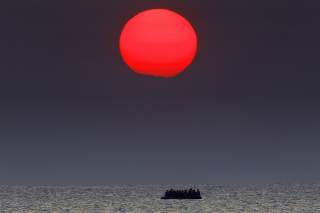 Yesterday the Trump administration rolled out its latest immigration policy, a new rule that would restrict the public benefits available to green card holders and legal residents.

Current immigration law bars entry for people likely “to become a public charge,” although that term is not well-defined. The new rule specifies “public charge” as any immigrant who is personally enriched by a public benefit over the course of twelve months, as part of a thirty-six-month period. Receiving two public benefits over the course of a month will be equated with two months. Examples of benefits include food stamps and subsidized housing.

The “public charge” rule, as its being referred to, would require foreigners applying for permanent residency to prove that they are unlikely to ever require public assistance. According to NBC News, this move is likely to save the federal and state governments nearly $2.5 billion annually.

“I am tired of seeing our taxpayers paying for people to come into our country and immediately go on welfare and other things, so I think we’re doing it right,” said President Donald Trump.

Historically, restricting public benefits and services to immigrant groups has been a popular, albeit controversial, decision. In 1994, the infamous Proposition 187 in California, which restricted illegal immigrants from all government services including health care and education, passed with nearly 59 percent of the vote. A federal district court found the initiative unconstitutional.

Whether putting restrictions on illegal or legal immigration, conservatives believe putting a stop to the large influx of people in the United States is in the best interest of Americans.

“Predictably, high immigration advocates rush to cite the Emma Lazurus poem, ‘Give us your poor’ as if it were enshrined in the Bill of Rights. The poem was written at a time when America’s demand for unskilled labor was massive and social welfare transfers virtually nonexistent,” McConnell told the National Interest. “The administration at least recognizes that the circumstances surrounding immigration have changed dramatically since 1900 and seems to be trying to find answers that make contemporary sense for the American people.”

The New York Times credits the “public charge” rule to senior advisor to the president Stephen Miller. “L. Francis Cissna, the former director of Citizenship and Immigration Services, had resisted the rush to finish the rule, drafts of which were several hundred pages long and very complicated,” the New York Times reports.

Ryan Girdusky, a correspondent for One America News who regularly reports on immigration personnel inside the White House, says this is wrong.

“Lee Francis Cissna did not oppose the public charge and did not intentionally slow down it being put into effect. Before he left USCIS, it was his team that drafted it and got the ball rolling. This is a complete lie about Lee Francis. Lee Francis also publicly advocated for the public charge saying it was a ‘necessary regulation’ during a speech at the Migration Policy Institute at the Georgetown Seminar,” Girdusky told the National Interest.

Girdusky lays the error directly at the feet of Stephen Miller, who as special advisor has sought to publicly take credit for every restrictionist proposal originating in the administration.

The “public charge” rule does not affect people who already have green cards, members of the U.S. military or their families, asylum seekers, refugees, pregnant women, or individuals under the age of twenty-one. Still, critics say it will disproportionately affect poor immigrants and create a culture of fear among current residents. Pro-immigration organizations have promised to challenge the rule in court.