Trump and the Intelligence Community Deserve a Do-Over 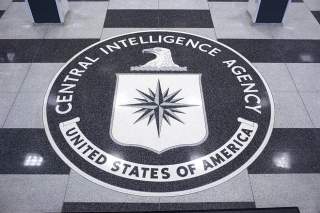 Donald Trump has been rightly criticized for his denunciations of the U.S. intelligence community. His recent comment likening its analyses to Nazi behavior was particularly regrettable. But it is time to take a deep breath and start to repair the damage. This is not the first time that there have been serious rifts between U.S. intelligence professionals and their commander-in-chief. And in fairness to Trump, it is not all his fault.

The president-elect’s problems began when he was chastised for not showing much interest in the presidential daily briefing. To be sure, like all of us, Trump has a lot to learn about the world. The intelligence community, with its many experts and capacity for crisp, cogent presentation of findings, can help him do so. But there is no reason to presume that a daily litany of updates, presented in a traditional and formal way, makes the best use of a president-elect’s time. It is too bad that Trump did not request other types of briefings, such as “deep dives,” which consist of a couple of hours each on the five or ten biggest national security challenges facing the country. One hopes that he will still pursue such an approach in the early weeks of his presidency. However, there is nothing sacrosanct about the presidential daily briefing. Former president Barack Obama, for example, took briefings far less frequently than his predecessor, George W. Bush.

Whatever the initial ruckus was over the presidential daily briefing issue, things got much worse in December. That’s when the intelligence community released its findings that Russia had interfered in the U.S. elections with the twin aims of weakening Hillary Clinton and, if possible, helping Trump defeat her. The case that the Russians had hacked the Democratic National Committee and provided that information to Wikileaks appears rock solid. Still, the information was released in such a way that it was processed through partisan prisms. It was provided to Obama, Trump and select members of Congress, but there was no public news conference. If the intelligence community had given its own briefing (highly unusual, but not unprecedented), or even released a clear one-page summary of its main findings for the public, then the news coverage of this report could have been managed much better.

Thus, initially at least, only one part of a two-part analysis received proper emphasis. The first part was crystal clear: Russia had indeed interfered in American democracy. However, the second part, the assessment that there was no basis for believing Russian interference had swayed the election, got lost in the noise. As a result, Trump somewhat peevishly—and also somewhat understandably—assumed that the legitimacy of his victory was being challenged. Since the intelligence community provided the analysis that led to that outcome, he wondered if they had engineered the distorted message on purpose.

Then, things got worse. A dossier on Trump was assembled by a British investigator from information purportedly collected by Moscow and given greater standing and legitimacy by the U.S. intelligence community, which briefed it to Obama, Trump and eight key members of Congress. Someone eventually leaked the dossier, which contained damning tabloid-like information about the supposed hiring of prostitutes and other illicit activities by America's forty-fifth president.

The intelligence community was worried that Moscow might use the information as leverage against Trump. Its initial concern was that he might grow fearful of having his character impugned by the dossier’s tawdry contents and become subject to blackmail. The community studied the dossier for several months but was unable to confirm the information it contained. That information (true or not) was released for all the world to see. As a result, Trump was preemptively penalized by his own fellow Americans, and Moscow didn’t have to lift a finger.

It’s little wonder that things are so bad.

But there is an obvious path to recovery. First, those who find Trump’s behavior and words highly unfortunate on matters of national security should consider reinterpreting events of recent weeks in a way that assigns at least some fraction of the blame to the intelligence community itself. The analysts are not at fault, and their leaders were not motivated by partisan politics. Still, the way the process has intersected with America’s political debate has been regrettable.

Of course, Trump needs a fresh start on this subject, too. He could have handled the disagreements of recent weeks far more charitably by recognizing the quality and dedication of the tens of thousands of Americans who make up the intelligence community and work to keep the country safe. He and National Security Adviser Michael Flynn should encourage rethinking of how the intelligence community is structured, budgeted and led. Also, now is the time for Trump to lead a process of creative disruption with the kind of comportment expected from the nation’s new commander-in-chief.

The breach between the intelligence community and Trump can be fixed, but it’s time to get on with it. We may not have much time before the next national security crisis. We need to be ready for when North Korea tests another nuclear weapon or intercontinental ballistic missile. We have to be prepared for China to fire on another fishing vessel, for Russia to bomb another Syrian town, for Iran to continue its nefarious activities in Iraq—for all of the above and then some. Whatever the nation’s partisan divides, the president and intelligence community need to work together as a team if the United States is to remain secure.

David Gordon is vice president of the Eurasia Group and former National Intelligence Officer; Michael O’Hanlon is a senior fellow at the Brookings Institution and former member of the CIA External Advisory Board.

Image: Seal of the CIA at headquarters in Langley, Virginia. Public domain