Trump on the Warpath at Home and Abroad 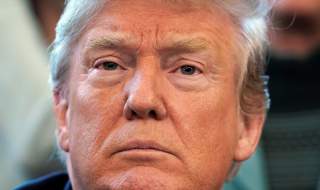 Editor's Note: In our latest Facebook Live interview (please like our Facebook page to see more of these events) Jacob Heilbrunn, editor of the National Interest, and Daniel McCarthy, editor-at-large of the American Conservative, discuss Trump’s tweets, the Mueller investigation and the future of the GOP.

Daniel McCarthy recently wrote an article on the politics of the Trump investigation. A portion of the article can be found below:

In the midst of the 2016 election, bad actors at the Justice Department tried to turn the FBI into the police arm of the Democratic National Committee (DNC). That’s the bottom line of the January 18 House Permanent Select Committee on Intelligence memo released today. The document reveals that a Foreign Intelligence Surveillance Court (FISC) was led, or misled, into authorizing spying on Carter Page, a Trump campaign volunteer, on the basis of information provided by Christopher Steele, a British spy-for-hire working for the opposition research firm Fusion GPS—which was itself ultimately working for the DNC.

FBI and Justice Department officials failed to reveal this context to the FISC, according to the memo, “even though it was known by DOJ at the time that political actors were involved in the Steele dossier.” James Comey and Andrew McCabe, then the FBI’s director and deputy director, were among the officials who signed requests for authorization and renewal of surveillance of Page. Sally Yates and Rod Rosenstein, both deputy attorneys general at the time, also signed requests.

The memo also reveals that the innuendo Steele promoted on behalf of the DNC became a hall of mirrors, in which one set of claims was echoed and amplified by strategic media leaks that were based on the very same source of misinformation: Steele himself. To corroborate information about Page that Steele had given to the FBI, the request for authority to spy on Page relied on a second source, a September 23, 2016 Yahoo News story by Michael Isikoff. But as the House committee’s memo reports, “This article does not corroborate the Steele dossier because it is derived from information leaked by Steele himself to Yahoo News.” Steele was eventually “suspended and then terminated as an FBI source” because he disclosed his contacts with the FBI to another journalist, David Corn of the left-leaning Mother Jones. No doubt Steele’s talk about his role as an FBI informant added an aura of authority to the tales he shopped around.

Were the FBI and Justice Department officials in question simply negligent in failing to inform the FISC about the partisan background to the claims Steele was making? The memo reveals that “before and after Steele was terminated as a source” by the FBI, he was in contact with then–Associate Deputy Attorney General Bruce Ohr, “a senior DOJ official who worked closely with Deputy Attorneys General Yates and later Rosenstein.” Steele told Ohr that he “was desperate that Donald Trump not get elected and was passionate about him not being president.” As it happens, Ohr’s wife was an employee of Fusion GPS and working on anti-Trump opposition research for the firm, research also ultimately paid for by the DNC and Clinton campaign. “The Ohrs’ relationship with Steele and Fusion GPS was inexplicably concealed from the FISC,” the memo relates.