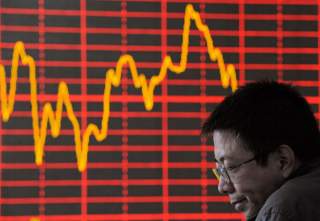 After decades of artfully swindling American experts and businesses, the Chinese government is beginning to face a reckoning. Last week, President Trump announced that tariffs in response to China’s systematic theft of U.S. intellectual property will commence on July 6th.

The levies of twenty-five percent will apply at first to $34 billion in Chinese imports, later expanding to $50 billion. That will only affect about ten percent of what America imports from China each year, but the move marks a fundamental turning point. At long last, something is being done about trade and intellectual property theft by China.

Ever since commerce between China and the West began in earnest, foreign officials and businessmen have been unable to resist the allure its huge market of would-be consumers—currently numbering 1.4 billion. This siren’s call continues to be answered despite unending evidence that China would never allow “barbarians” a major stake in its domestic economy, and indeed wants handsome compensation just for access to this market.

The closest anyone came to such access was the British, who in the mid-19th century went to war twice to preserve and expand its lucrative export of opium from British India to China—essential to counterbalance British imports of Chinese tea. The Chinese still bear a grudge to this day, referring to the agreements opening China after the wars as the “unequal treaties.”

After a devastating world war and then decades of self-flagellation following the nation’s 1949 takeover by the Chinese Communist Party, China again began to open economically in the late 1970s. Since then, the American corporate elite, backed by Wall Street and the Bush and Clinton dynasties, have enthusiastically supported trade with China, despite obvious flaws.

A big turning point came in 2001 when the World Trade Organization (WTO) admitted China. It was preceded by a 2000 vote by Congress to give China “permanent normal trade relations,” which, in effect, ended Congress’s role in influencing trade policy with China.

Speaking before the vote, President Bill Clinton said: “The WTO agreement will move China in the right direction. It will advance the goals America has worked for in China for the past three decades. And of course, it will advance our own economic interests. Economically, this agreement is the equivalent of a one-way street. It requires China to open its markets—with a fifth of the world’s population, potentially the biggest markets in the world—to both our products and services in unprecedented new ways.”

But this was all a myth—and it would lead to a calamity for the American middle class. Clinton’s “one-way street” ran only in Beijing’s favor.

In 2001, America’s trade-in-goods deficit with China was $83 billion, already up dramatically from $23 billion the year Clinton took office. Last year, it was a whopping $376 billion—the biggest imbalance between any two counties at any time in history. Cumulatively since 2001, China has exported $4.3 trillion more goods to America than the U.S. has exported to China.

Along with this mass transfer of capital, hundreds of thousands of U.S. manufacturing jobs and crucial American technology also went to China. Furthermore, China has successfully mesmerized Washington and its allies while it was undergoing a headlong military buildup. This has manifested itself more recently with China building artificial islands loaded with military hardware to dominate its maritime neighbors, against each of which it asserts outlandish territorial claims. Beijing is also expanding its power with new bases as far away as the Horn of Africa, and through aggressive action in space and the digital realm. None of this would have been possible without loot from its one-sided trade relationship with America.

Most crucially, what Wall Street and Washington think tanks called “free trade” with China was anything but. Last year, President Trump ordered the U.S. Trade Representative to determine whether China uses unfair practices to force the transfer of American technology and intellectual property to enterprises in China. The ensuing investigation found overwhelming evidence of this practice, and even a Chinese policy, “Made in China 2025,” that sets out a government-industrial program to achieve dominance in technology and aviation through basically whatever means necessary.

The tariffs Trump finally ordered are untaken under a provision of law allowing a response to this type of systemic theft of U.S. intellectual property. China has vowed to “retaliate,” which is an odd choice of word in reaction to a defensive move Washington is taking due to Chinese rule-breaking. However, it is naturally promoted by an anti-Trump media all too eager to declare a “trade war” and imply moral equivalence in a dispute where America in fact holds the moral high ground.

Given the unequal balance of trade, Washington will possess escalation dominance should Beijing actually heap new tariffs on top of already existing unfair practices and tariffs. Perhaps the Chinese government has no other choice: its antiquated communist government probably will only avoid major internal turbulence as long as it delivers continued economic growth, which in turn requires America to keep being a patsy. But if China fundamentally changes its theft-based trade model, Trump has made clear he is willing to cut a deal. Either way, the jig is up after decades of flawed assumptions about China by the U.S. elite.

Image: A investor reacts in front of an electronic board showing stock information at a brokerage house in Taiyuan, Shanxi province October 12, 2009. China's key stock index closed 0.59 percent lower on Monday, led by Sinopec Corp, as huge supplies of new shares, including listed stocks freed up after the expiry of lock-up periods, offset the positive impact of market-friendly government steps. REUTERS/Stringer