Trump vs. Hillary Is Nationalism vs. Globalism, 2016 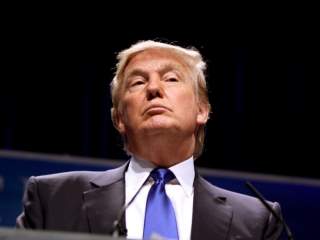 The pundits and commentators and pols and prognosticators will all identify multifarious political fault lines to explain the looming epic American battle between Donald Trump and Hillary Clinton – women vs. Trump; evangelicals vs. Hillary; Hispanics vs. white, working-class Americans with no college; the LBGT community vs. traditionalists; old vs. young. It’s all important, but not very. Any true understanding of this election requires an appreciation of the one huge political fault line that is driving America into a period of serious political tremors, certain to jolt the political Richter scale. It is nationalists vs. globalists.

Globalists captured much of American society long ago by capturing the bulk of the nation’s elite institutions—the media, academia, big corporations, big finance, Hollywood, think tanks, NGOs, charitable foundations. So powerful are these institutions—in themselves and, even more so, collectively—that the elites running them thought that their political victories were complete and final. That’s why we have witnessed in recent years a quantum expansion of social and political arrogance on the part of these high-flyers.

Then along comes Donald Trump and upends the whole thing. Just about every major issue that this super-rich political neophyte has thrown at the elites turns out to be anti-globalist and pro-nationalist. And that is the single most significant factor in his unprecedented and totally unanticipated rise. Consider some examples:

Immigration: Nationalists believe that any true nation must have clearly delineated and protected borders, otherwise it isn’t really a nation. They also believe that their nation’s cultural heritage is sacred and needs to be protected, whereas mass immigration from far-flung lands could undermine the national commitment to that heritage. Globalists don’t care about borders. They believe the nation-state is obsolete, a relic of the 1648 Peace of Westphalia, which codified the recognition of co-existing nation states. Globalists reject Westphalia in favor of an integrated world with information, money, goods and people traversing the globe at accelerating speeds without much regard to traditional concepts of nationhood or borders.

Foreign Policy: Globalists are motivated by humanitarian impulses. For them, the rights and well-being of the world’s people supersede the rights and well-being of the American populace. Indeed, as writer Robert D. Kaplan has observed, the liberal embrace of universal principles as foreign-policy guidance "leads to a pacifist strain…when it comes to defending our hard-core national interest, and an aggressive strain when it comes to defending human rights." Globalists, in advocating foreign policy adventurism, are quick to conflate events in the Baltics, say, or Georgia or Ukraine with U.S. national interest, but it’s really about the globalist impulse of dominating world events. Nationalists don’t care about dominating world events. Being nationalists, they want their country to be powerful, with plenty of military reach, but mostly to protect American national interests. They usually ask a fundamental question when foreign adventures are proposed—whether the national interest justifies the expenditure of American blood and treasure on behalf of this or that military initiative. The fate of other people struggling around the globe, however heartrending, doesn’t usually figure large in nationalist considerations. The fate of America is the key.

Trade: The history of trade in America admits of no straight-line analysis. Andrew Jackson was a supreme nationalist, and a free-trader. William McKinley made America a global power, but was a protectionist. In our own time, though, the fault line is clear. Globalists salute the free flow of goods across national borders on the theory that this will foster ever greater global commerce, to the benefit of all peoples of all nations. Writer and commentator Thomas L. Friedman, a leading globalist of his generation, once extolled America as the world’s role model for "globally integrated free-market capitalism." That was before the Great Recession and the subsequent anemic recovery throughout most of the Obama years. Today’s American nationalists look at the results of the kind of "globalization" extolled by Friedman and conclude that it has hollowed out America’s industrial core. Whether they are right or not, their focus is on the American citizens whose lives and livelihoods have been also hollowed out in many instances. Thus has a powerful new wave of protectionism washed over the body politic, leaving globalist elites running to get out of the way. Globalists were too focused on global trade and commerce to notice the horrendous plight of America’s internal refugees from the industrial nation of old.

Political Correctness: Given that globalists dominate the nation’s elite institutions and often exploit their position of power to ridicule and marginalize the so-called "Middle America" of ordinary citizens, who also happen to be nationalists, these people often feel on the defensive politically and culturally. And we are beginning to understand, courtesy of the Trump candidacy, just how angry they were at the emergence of the political correctness cadres who tell them what to think, how to regard the political issues of the day, and how they themselves will be regarded if they don’t toe the line (racist, homophobe and xenophobe are frequent threatened epithets). Globalists don’t care much about this phenomenon because it is employed largely in behalf of their views and philosophical outlook, including their globalist sensibilities. But nationalists care about it a lot. They send their kids to college in pursuit of betterment, and discover that political correctness is hammering away at the views and values they tried to teach their children as they were growing up. And their views and values aren’t allowed to compete in any free marketplace of ideas on campus but instead are declared inappropriate and intolerable before they are even uttered.

Cultural Heritage: Nationalists care about their national heritage, which they view as a repository of wisdom and lessons handed down by our forebears in this grand experiment that is both mystifying and inspiring. Globalists, not so much. Nationalists seethe at the assault under way against so many giants of our heritage, flawed though they were (as are we today). Globalists are the ones leading the assault.

On all of these fault lines, we see just how much pressure has been building up in recent years while the globalist elites concluded the issues involved were either settled or under control. Immigration—much talk about the need for reform but nothing done while the influx continued. Foreign policy—polls showing many Americans wary of interventionist adventurism while interventionist adventurism remained the prevailing attitude of governmental elites. Trade—a solid consensus among elites that free trade had no serious opposition, while industrial America crumbled. Political correctness—a blithe disregard for the sensibilities of non-globalist citizens. Cultural heritage—the power of the influence class brought to bear against those who cherish their country’s history. It isn’t surprising that the globalist class concluded that it really didn’t have to worry about any serious opposition out in the country.

But they did, and Donald Trump was the messenger. He not only attacked out-of-control immigration but did it in such a way as to signal that this was one politician who truly intended to do something about it. Despite some of his boorish rhetoric, or perhaps even because of it, nationalist Americans perked up and rallied around. On foreign policy, he posed questions that nobody else was willing to raise: Why do we need NATO as currently constituted when the Soviet Union no longer exists to threaten Europe? Why should Americans pay for the defense of rich Europeans when they can easily afford to protect themselves? Why should America continue to pursue a policy of promiscuous regime change when recent history tells us it usually produces disaster and chaos? Why can’t the elites recognize and acknowledge the regional mess wrought by their ill-considered Iraq War? Trump answers these questions in ways that set the teeth of the elites on edge, but it turns out many Americans are asking the same questions and buying the Trump answers.

On trade, Trump isn’t exactly original in his protectionist leanings. Such thinking has played a significant role at various times in American history—in good times and bad. And as recently as 1988, Democrat Richard Gephardt ran on the issue of "economic nationalism." But once again Trump has upended the old politics and opened up a new fault line. On political correctness, he offers a counter-assault that is breathtaking in its political distinctiveness and force. And on cultural heritage, he said it all when he said, "We’re going to be saying Merry Christmas again, folks."

Hillary Clinton, meanwhile, is the personification of the globalist elite—generally open borders, humanitarian interventionist, traditionally a free trader (though hedging in recent months), totally in sync with the underlying sensibilities of political correctness, a practitioner of identity politics, which lies at the heart of the assault on the national heritage. Nothing reflects this Clinton identity more starkly than the Clinton Foundation, a brilliant program to chase masses of money from across borders to fund the underpinnings of an ongoing political machine.

It’s impossible to say at this early stage in the political season whether Trump, the candidate of the New Nationalism, actually has a chance to win the presidency. But, win or lose, he has shaken up the political system, introduced powerful new rhetoric and opened up a new political fault line between nationalism and globalism that isn’t going away anytime soon. For the globalist elites of America, it’s an entirely new era.