Trump vs. Hillary: Who's Better for Iran? 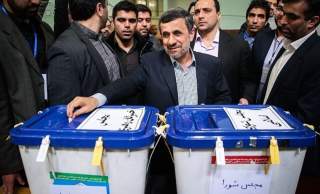 The U.S. presidential election and its outcome will greatly influence the fate of many nations, in particular those in the Middle East. Consequently these nations, their political leaders and their people are closely following developments here in the United States. Iran is no exception, especially since all the major candidates have spoken repeatedly about Iran. The question that many Iranians are asking is which candidate, Donald Trump or Hillary Rodham Clinton, will be better for Iran in terms of bilateral relations between the two countries?

Iran and the U.S. Elections

There is no unanimous thinking in Iran when it comes to the United States. Not only do the Iranian people and the Islamic Republic’s leadership think differently about the United States, but there are also serious differences between, on the one hand, Supreme Leader Ayatollah Ali Khamenei and his supporters, and on the other, President Hassan Rouhani and his moderate and reformist backers. In a meeting with senior officials on June 14, Khamenei stated that in conversation with him some officials [meaning President Rouhani and former president Akbar Hashemi Rafsanjani] defend reestablishing diplomatic relations with the United States, adding,

“Over the years many have spoken to me and there have been many who truly believed that this [diplomatic relations with the United States] is possible, [but] they admitted later on, not to me, [but] in my absence and in official meetings to make decisions [regarding the state’s affairs] that his [Khamenei’s] reasoning [for opposing relations with the United States] cannot be argued with. They are right, the reasons that I have against this has no counterarguments.”

In the same speech, Khamenei angrily rejected the views of those officials that advocate rapprochement with the United States in order to resolve the issues between the two countries diplomatically. He reminded the officials that Congress and Israel admit freely that they are Iran’s enemy, and that Congress continuously approves new resolutions and laws against Iran that the president signs. Khamenei also claimed that President Obama and his cabinet take hostile positions with regard to Iran, and to prove this, he said,

Khamenei has repeatedly stated that the policies of Democrats and Republicans regarding Iran are not different, because the United States is opposed to the very existence of the Islamic Republic, which will not change through diplomatic negotiations. To demonstrate this, he recalled another speech of his on November 3, 2013, in which he said, “The Americans can tell us that if we make certain concessions [regarding Iran’s nuclear program], they will no longer be hostile toward us; they can state this,” adding, “If the nuclear issue is resolved, will the problem [of U.S. hostility toward Iran] end?”

Khamenei later said, “Well, the nuclear issue was resolved. [But] is everything finished? [No], the issue of [Iran’s] missile [testing] has been brought up. If we resolve that issue, the [state of] human rights [in Iran] will be raised, and if that issue is resolved, the [vetting power] of the Guardian Council [to reject candidates for almost all national elections] will be brought up. If we resolve that issue, the issues of the Supreme Leader and velayat-e faqih [guardianship of the Islamic Jurist, represented by the Supreme Leader, which is the backbone of Iran’s political system] will be raised, and if they are resolved, then the constitution will be put on the table; these issues never end.”

Hence, in Khamenei’s view, the United States is pursuing no goal other than regime change in Iran. He is not happy about the implementation of the nuclear agreement between Iran and P5+1, as well as the U.S. presidential candidates’ positions regarding Iran. Khamenei believes that Western negotiators left many aspects vague so that they can manipulate and reinterpret them later on. He has stated repeatedly that at the beginning of the nuclear negotiations with the United States he reminded President Rouhani that the Americans “are disloyal [to their own promises], are bad-natured, break their promises and do not deliver them.”

In the same June 14 speech, Khamenei emphasized that “everyone can see that we have carried out our obligations” toward the nuclear agreement, but “the sanctions are still in place, large banks are afraid of doing business with Iran because they are scared of the U.S. Treasury Department,; Iran’s oil supertankers are not insured, Iran’s funds frozen abroad have not been released and Iran cannot easily receive the proceeds from selling its oil.”

Khamenei did emphasize repeatedly that according to the Quranic teachings Iran will be obligated to carry out its commitments, and will not violate them, but “if the other side violates its obligations, we will do likewise. We have carried out our obligations, but the United States has not,” adding, “U.S. presidential candidates constantly threaten that [if elected] they will tear the [nuclear] agreement; if they do so, we will set it on fire.”

Khamenei then reminded the Western powers that Iran’s nuclear program is indigenous, and that Iran can quickly set up a vast enrichment program using only the IR-1 and IR-4 centrifuges that Iran has manufactured. He has also ordered the government and Iran’s Supreme National Security Council to follow closely what the United States does regarding its nuclear obligations toward Iran, saying that if the United States violates its obligations, Iran must act “according to its national interests.” He has made it clear that “[Iran’s national] rights are something to be gained, especially from a wolf like the United States,” and that Iran “must pull its right out of this wolf’s mouth, as it will never grant Iran its rights.”

Khamenei also declared that Hillary Clinton and Trump are both in a race to outdo each other over who can lead better the United States as the “master of the world.” He reminded Iranian senior officials that George H. W. Bush made the same claims after the Soviet Union collapsed.

The Obama Era: Good for Iran

The best time for improving relations between Iran and the United States has been the Obama era. He came to power on an antiwar wave, and has generally preferred diplomacy over war. The president’s gravest mistake was the intervention in Libya, in which Hillary Clinton played an important role. The president himself has said several times that the United States has made mistakes in Libya. The attacks on Libya were justified using the same tactics that were used for the invasion of Iraq.

The president has also resisted pressure by Prime Minister Benjamin Netanyahu and his backers in the United States, which has strained relations between the two countries. Of course, during the Obama era the United States has also provided Israel with $26.6 billion in economic and military aid. The president has also vetoed every single resolution critical of Israel by the United Nations Security Council. The Obama administration also blocked a conference on nuclear disarmament in the Middle East to go forward, because that would have put pressure on Israel.

The president considers the nuclear agreement with Iran an important achievement for the United States and the world, which he believes guarantees Israel’s security. He has said repeatedly that the agreement was reached without firing a single shot. He expressed his desire for continuing diplomacy with Iran in order to resolve all the remaining issues between the two nations, but lack of trust and meager economic benefits for Iran have so far forced Khamenei to forbid further diplomacy.

It is clear that, absent some unknown event, either Clinton or Trump will be the president. Clinton’s policy toward the Middle East and Iran is well known, but although Trump has made a few pronouncements regarding that region, he has changed his positions so often that it is not clear what he will or will not do if elected president.

But by all accounts, Iran-U.S. relations will be more strained in the next several years, regardless of who will be the president. So the question from an Iranian point of view is—which candidate will make less trouble for Iran?

Consider, first, Clinton’s positions regarding Iran. As U.S. senator from New York she voted for every anti-Iran Senate resolution. During her 2008 presidential campaign she threatened that if she were president and Iran attacked Israel, she would “obliterate” Iran. In a meeting of the National Security Council in 2010, she suggested giving Israel the “green light” to attack Iran. In interviews with the BBC and Voice of America in October 2011, she claimed that Iran was moving toward a military dictatorship. The leaders of Iran’s Green Movement rejected any U.S. help in 2009, but in the same interviews Clinton said that if they had asked for help, the United States was prepared to help them the way it helped Libyan rebels; that is, the United States would have attempted regime change in Iran. When asked in a Democratic debate last October to name the enemies that she was proud to have, she mentioned “the Iranians” without distinguishing the Iranian people from their regime.