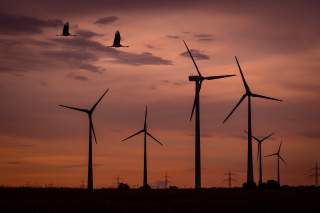 President Trump’s decision to withdraw from the Paris climate agreement was a promise worth keeping. No matter where a person falls on the urgency scale of addressing climate change, the agreement is a costly and ineffective way to deal with it. Both the diplomatic costs of leaving and the benefits of staying have been exaggerated. And they’re overwhelmingly outweighed by the economic costs of complying with President Barack Obama’s commitments under the agreement.

Policies adapted from domestic regulations emphasized in the Paris climate agreement would drive up energy prices across the economy. Americans would feel the pain when their utility bill arrives, yes. Also, energy literally powers the economy, so that pain would reverberate much further. Higher costs would squeeze both the production and consumption side of the market and slow down America’s economic engine.

If the United States complied with the Paris energy regulations, one could’ve expected by 2035:

• An aggregate gross domestic product loss of more than $2.5 trillion.

Proponents of the Paris climate agreement argue that the United States should combat climate change and grow its economy—and global economy—by pushing forward with renewable power. If that’s the case, then Paris shouldn’t matter. If green technologies are innovative and cost competitive, then they shouldn’t need special treatment carved out through an international agreement built on the backs of the taxpayer. The need to light and heat homes and move people from homes to school and work (and back again) is a multi-trillion-dollar market opportunity. That’s incentive enough for companies to invest.

On the climate benefits side of the Paris scale, they barely exist. Global efforts through a venue like the UN are supposedly the best way to solve a global problem and help countries with fewer resources to adapt. While supporters acknowledge that the agreement is imperfect, they argue that the Paris climate agreement is a good starting point and that the United States, as the second largest emitter of greenhouse gases, has an obligation to participate.

In fact, full compliance with the Paris climate agreement would have negligible temperature impacts. How negligible? The Massachusetts Institute of Technology’s Joint Program on the Science and Policy of Global Change projects that the Paris climate agreement would avert a mere 0.2 degrees Celsius of warming by the year 2100 (when compared to the Copenhagen agreement). Benjamin Zycher of the American Enterprise Institute assumed even deeper cuts than what would likely occur. He estimates the temperature impact to be a meager .5 degrees Celsius of averted warming by the turn of the century.

Further, developing countries, from which most future emissions are projected to come, have ineffectual—or downright dishonest—commitments. For example, India has pledged to reduce its emissions intensity, or cuts in the ratio of CO2 emissions to GDP. The ratio will go down so long as CO2 emissions rise less rapidly than GDP, but CO2 emissions will continue to increase. China has repeatedly falsified its coal consumption, CO2 emissions and air-monitoring data even as it participates in the Paris Protocol.

According to a December report from the Climate Action Tracker, 2,440 coal-fired power plants will be constructed by 2030—the vast majority in developing countries that need affordable, dependable power. What’s the likelihood that developing countries will make meaningful emissions cuts when they are also addressing imminent crises as energy poverty and real environmental pollution, which have a more obvious and immediate adverse impact on health? Furthermore, the nationally determined contributions for each country are nonbinding, so countries won’t even get a slap on the wrist for failing to comply.

It’s no surprise that Trump’s decision has been met with consternation from foreign leaders, but so would remaining in the agreement while ignoring or repudiating U.S. commitments that are inconsistent with rolling back the domestic climate regulations. Other countries have a multitude of security, economic and diplomatic reasons for working with America to address issues of mutual concern. Withdrawal from the Paris climate agreement won’t change that. In fact, it could very well help future negotiations if other governments know that the United States is willing and able to resist diplomatic pressure to protect American interests.

Despite pressure from the international community and senior officials in the White House, Trump stood firm and kept his promise. The United States will be better off for it.

Nicolas Loris is the Morgan Research Fellow in Energy and Environmental Policy at The Heritage Foundation.