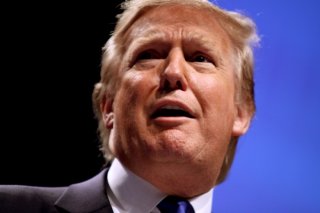 Donald Trump’s remarks about America’s commitment to NATO last Thursday have created much controversy on both the left and right. In a comment for the New York Times, TNI editor Jacob Heilbrunn takes a look at Trump’s remarks and the reception they have received. He seeks to show that Trump’s statements are grounded more deeply in recent American history than many commentators have realized or are ready to acknowledge.

Specifically, he points to the realist tradition among liberal thinkers such as Walter Lippmann and George F. Kennan. Kennan opposed the creation of NATO and warned that the expansion of NATO in 1997 would be a “fateful error.” His apprehensions were dismissed at the time. According to Heilbrunn,

Trump’s proposed solutions may be none at all. But surely Trump deserves something other than public obloquy for prompting a fresh debate. There’s nothing inherently illegitimate about reassessing American power and finances, nor, for that matter, in reminding our allies that America can’t simply write a blank check to underwrite their security, as agreeable as they may find that state of affairs.

He further suggests that in many ways Trump is reiterating the concerns that such statesmen raised in the past—and that liberals might find that they have more in common with Trump than they may have realized.