Trump's Foreign-Policy Speech: A Start, But Only a Start 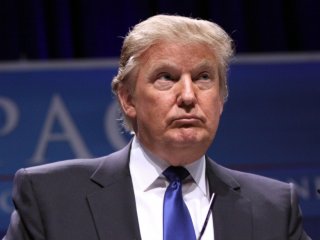 One speech does not a policy make. Donald Trump's foreign-policy address, sponsored by the Center for the National Interest, clearly represented the candidate's effort to move closer to mainstream thinking on foreign policy. There were no references to Mexico. There was no mention of accepting, if not encouraging, Japan and South Korea to go nuclear. There was no threat to ban all Muslims from entering the United States.

At the same time, Trump made it clear that alliances are important to America and to him, and that a Trump administration would be a reliable ally. He held out an olive branch to Israel and the Arabs, as well as to the NATO allies, even as he made it clear that he expected them to fulfill their commitments to increase their level of defense spending to 2 percent of GDP. He also outlined in more detail than previously his vision of America's defense posture: funding strategic nuclear modernization, maintaining a robust missile-defense posture, and increasing active Army end-strength as well as the size of the Air Force and the fleet.

Trump's take on Russia in particular was far more nuanced than in his previous pronouncements. Putin received no praise, or indeed, mention. It was important to engage Russia, Trump asserted, but only from a position of strength. Most observers, whether or not they would agree with Trump on other matters, tend to have a similar view of how to deal with Moscow.

Not only the content, but also the very style of Trump's speech reflected an effort to mainstream the candidate. His remarks were prepared, rather than off-the-cuff. He consulted several long-time Washington hands as worked through drafts of the speech. He used a TelePrompTer.

That being said, questions remain, and these cannot be answered with a speech, or even several speeches. Is Trump an isolationist? His speech seemed intended to signal that he is not; yet his recurrent use of the term "America First" hearkened back to Charles Lindbergh and the isolationists, who clearly did not represent the "greatest generation" to which Trump also referred. Trump needs to find another, less historically inept, catchphrase.

Trump also continues to have harsh words about free trade; NAFTA came in for particular criticism. It is one thing to take a hard line on trade negotiations, it is quite another to declare any trade agreement as ipso facto not in America's interest. Not all trade agreements reflect the kind of flaccid multilateralism that Trump rightly characterizes as the instinctive impulse of the Obama administration, regardless of the issue in question. If Trump really wants to be perceived as a leader, he needs to move away from slavishly backing those who would isolate America from the international economy, which would only further damage American prospects for long-term economic growth.

Trump spoke of relying on a new set of advisors, rather than those who are identified with policies ranging from support for the Iraq War (he was noticeably, and rightly, silent about Afghanistan) to the mess in Libya and Syria, to supine accommodation of Beijing. Of course, he relied on some members of the establishment to prepare his speech, but there is no harm on seeking out additional and fresh ideas from other, hopefully younger, experts not associated with the chattering classes that populate the I-95 corridor. What is important is whether he will seek and benefit from sound advice, and, even more important, act upon it.

At bottom, Trump needs to convince not only the American electorate, but leaders around the world, that he is serious, that he actually thinks seriously about international security and economic issues, and that he will continue to reflect and indeed, improve upon, the positions he staked out at the Mayflower Hotel. To do so, he must not lapse back into the nativism, racism and isolationism that propelled him to the top of the heap among Republican candidates for the presidency. In other words, he needs to demonstrate a degree of consistency and responsibility that he rightly asserts has eluded the Obama administration. It will take more than one speech for him to succeed in doing so.