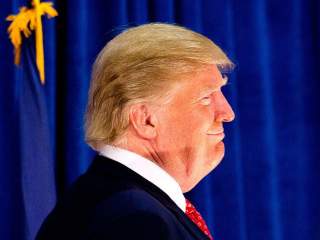 A foreign-policy statement by a likely presidential candidate is worthy of note. The opinions of foreigners, whether in praise or criticism, ought to be of interest to Trump as well as to other readers of his statement. I have observations to offer on three of Trump’s themes:

Trump has got this right. Many Israelis were skeptical about the United States’ nation-building efforts in the Middle East from the start—from the Bush variety, which ended up handing most of Iraq to an Iranian proxy, to the Obama variety, which demolished an American ally and temporarily handed Egypt over to radical, authoritarian Islamists. That the Iraq adventure was supposedly undertaken by policy experts who may have thought they were helping my country is ironic but irrelevant. Israel, too, undertook a nation-building adventure, in Lebanon in 1982–84, and it worked about as well as the United States’—enough to make us vow “never again.” Military interventions should be short, sharp and directed to achieving a well-defined and critical military goal.

It may be the height of political incorrectness to point out that one of the longest-running, most expensive and least successful adventures in Middle East nation building involves the Palestinians—an adventure my country participated in for a good while, until it blew up in our faces in 2001 and again in 2006. The failure is a fact, inconvenient but incontrovertible.

The current situation is not good for Israel or the Palestinians. A proper respect for experience, however, should lead a prudent American president to be wary of nation-building by fiat in a Palestinian cultural space suffused by Islamic radicalism. Any diplomatic “legacy” President Obama tries to leave behind on this issue will not change these facts.

2. The United States and Iran

Trump’s words in praise of Israeli democracy are valued and are, of course, true. That’s not a reason for the United States to oppose Iran. Those reasons have to do with Iran, not Israel: Iran’s ideological extremism, its aggressive regional imperialism, and its drive to add nuclear weapons and the means of delivering them to its repertoire of deadly tools. Iran’s ambitions threaten to stimulate a multipolar nuclear arms race in the region, in a manner that generates prodigious incentives for preemptive use. Neither this race nor its likely consequences are an American interest. If elected, Trump should ensure, by negotiation or by other means, that Iran’s nuclear-weapons capacity, now only temporarily and imperfectly suspended, is eliminated. That will restore America’s standing and alliances in the region with a stroke.

Here again, Trump is correct. A nation’s domestic economic and social health is the foundation of its foreign power and should be its first concern. The question is how this can be achieved. America’s least skilled and least educated workers have suffered from changes in the global economy over the past forty years. Nothing is less likely to help them, however, than a trade war that plunges the entire global economy into a further prolonged recession. In such recessions, the least skilled are always the first to lose their jobs, and the jobs they can do are the least likely to attract any available investment capital. A near-autarkic American economy will resemble the 1930s, not the 1950s.

Here in Israel, we have our own ill-educated and under-skilled populations, particularly Arab citizens of Israel and ultra-Orthodox Jews. But it would never occur to us to try to fix the problem by reverting to the overprotected, import-substituting economy of the 1950s. Our challenge is to liberalize domestic markets, especially the education and skill-acquisition markets, so that as many of our citizens as possible can learn skills that equip them for manufacturing and service jobs in the globalized economy. The Germans do it; we can too. If half the wealth that might be destroyed in a global trade war were invested, instead, in effective education and training, that would do far more for the United States’ least advantaged workers.

Yitzhak Klein completed his PhD in International Relations at Harvard University’s Department of Government. He works for Kohelet Policy Forum, a nonpartisan public policy institute in Jerusalem. The views expressed in this article do not necessarily represent the position of Kohelet Policy Forum.