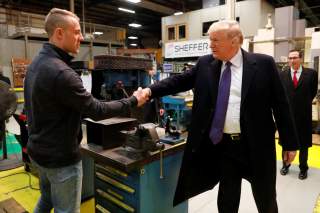 Let’s face it, the G7 Summit is no longer—as it was when it begun decades ago—made up of the world’s leading economies. (One—Italy—is heading for basket case status). Nonetheless, for the United States and the vestigial “free world”, these nations still symbolize the endurance of democratic values and—at least until the advent of Donald Trump—the belief that free markets and rule-based competition will lead to greater economic growth and higher living standards for both developed and developing nations. That is why President Trump’s belief that our trading partners have treated the US “unfairly” and that open trade and investment have wiped out American jobs is so destructive.

In the lead-up to the current summit, the president has gone out of his way to alienate America’s close political and economic allies. One of Trump’s most egregious actions was the decision to invoke an ancient (1962) trade law to institute steel and aluminum tariffs against the European Union, Japan, Canada and Mexico under a bogus claim of national security reasons. And for our closest neighbors, Canada and Mexico, when it came time to renew the North American Free Trade Agreement (NAFTA), the administration compounded the insults with “poison pill” demands combined with periodic threats to unilaterally withdraw from the trilateral deal. As Politico noted, the G7 is looking more like the G1 or the G6 vs. 1.

Though it will have little immediate effect, US allies cannot help but note that Trump has also alienated virtually the entire US business community, and his policies—particularly the steel/aluminum tariffs—have provoked increasing opposition in Congress, not least within his own party.

The awkward, biting personal exchanges and barbs that will ensue at the G7 sessions will no doubt produce titillating headlines. Trump himself set the tone for the meeting when he tweeted Thursday: “Looking forward to straightening out the unfair Trade Deals (sic) with the G-7 countries. … Why isn’t the European Union and Canada informing the public that for years they have used massive Trade Tariffs (sic) … against the US. Totally unfair to our farmers, workers, and companies.”

The discussion over the tariffs though is taking attention away from a long-range problem that will only play out in coming months and years. That is, the missed opportunity for the G7 nations (the United States, Europe and Japan) to form and carry through a united effort against the rising economic and strategic threat of Chinese state capitalism. China has produced a closed market in the world’s second largest (and soon to be “largest”) economy as well as huge distorting industrial subsidies.

Under President Xi Jinping, China is no longer touting its “peaceful rise,” but is forcefully thrusting its brand of authoritarian political economy unto the world stage as the model for future national regimes. At a recent G20 meeting, the US, Europe and Japan had agreed to join forces against the encroaching Chinese model.

But Trump’s actions since then, and his mindless mistreatment of America’s closest allies portends a difficult and contentious road ahead, whether dealing with Beijing, or other looming global economic and political problems. As Jean-Claude Juncker, the President of the European Commission, stated: “Our US friends are turning their back on anything that smells like multilateralism.” Alas.

Claude Barfield, a former consultant to the office of the US Trade Representative, researches international trade policy (including trade policy in China and East Asia) for the American Enterprise Institute.