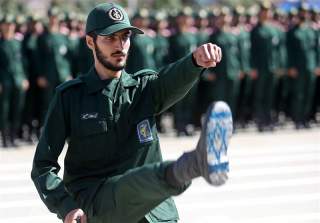 Iran’s announcement that it would cease to implement some of its commitments under the nuclear agreement, its involvement in attacks against oil vessels and infrastructure in the Persian Gulf, and its purported plans to target American interests, are all a direct result of the flaws of President Donald Trump’s “maximum pressure” strategy. Instead of stopping enrichment, Iran might end up enhancing it. Instead of ceasing to support terrorism, Iran might be willing to take greater risks and end up initiating attacks against American forces in the region.

Recent additional Trump administration measures—and especially the administration’s decision to revoke sanctions exemptions for all countries purchasing Iranian oil—have undoubtedly ratcheted up the pressure on Tehran pushing it to react. Still, these measures are unlikely to lead to the amendment of the nuclear deal or contribute to a substantive change in Iran’s malign regional policy.

Why? Because the significant leverage that the administration has succeeded in creating over Iran via sanctions is not tied to coherent and realistic objectives. President Donald Trump’s Iranian strategy is clearly rife with contradictions and inner tensions, which are likely to backlash and lead to an impasse—even though “maximum pressure” is increasing by the week.

The Trump administration is right about the Iran nuclear deal. It may have been built on good intentions, but it eventually granted Iran the opportunity to operate with relative impunity in the region and without paying a price for its problematic behavior. Biting energy and financial sanctions were removed by the superpowers as a part of the framework of the nuclear agreement. This caveat in the agreement made it impossible for the Trump administration to reuse American effective economic leverages in response to Iran's destabilizing actions in the Middle East.

After withdrawing from the agreement, the Trump administration presented Iran with sweeping and far-reaching demands as a condition for sanctions relief, known as the “list of 12.” The list demands that Iran give up enrichment of uranium entirely as well as development of nuclear-capable missile systems; cease its backing of terrorist organizations in the region and around the world; respect the sovereignty of Iraq; withdraw forces under its command from Syria; cease threatening states in the region, and more.

Thus, the administration created a new problem of “overburdening” the sanctions, which has undermined its ability to motivate the Iranian regime to comply with the demands.

The administration’s decision to couple together the nuclear issue and Iran’s malign activity in the region is liable to boomerang for the administration, should Tehran one day return to the negotiation table. Beyond complicated bargaining with a broad scale of complex regional issues that may drag on and on, Iran could possibly leverage concessions in the region in exchange for demands in the nuclear realm. Such bargaining will be even more problematic if Iran acts upon its new sixty-day ultimatum to begin higher enrichment of uranium or decides to violate the nuclear deal and go back to gradually expanding its nuclear program. For these reasons, in previous negotiations on the nuclear agreement, the United States and Israel have opposed Iran’s request to combine the two topics and arrive at a “Grand Bargain.” They believe the request was aimed at allowing Iran to make progress on its nuclear program in parallel to negotiations.

Moreover, the maximalist demands that the United States presented are interpreted in Iran as a cover-up for the real American objective: regime change in Tehran. Under such conditions, in the eyes of the Iranian regime, there is no point in participating in talks with Washington. Thus, the chances are slim that Iran will accept Trump’s repeating offers and agree to return to the table.

The absurdity is that from an operational standpoint, the Trump administration doesn’t really have an orderly plan of action backed up with the necessary resources to topple the regime in Tehran, even though it hopes that increased pressure will undermine the country’s stability. But hope alone is not likely to advance the objective of regime change, especially since the dual policy of the Iranian regime at home is to leave room to “let off steam” as well as brutally crush expressions of dissent when necessary, which turns out to be very effective in weakening opposition.

Also, the Trump administration’s assertion that the sanctions make it difficult for Iran to channel assets towards support of terrorist organizations and subversive activities throughout the Middle East doesn’t hold water. Since the renewal of sanctions by the administration a year ago, there has been no significant drop in the scope of Iran’s activities in the region; and in some arenas, Iran has even increased its endeavors. For example, Iran appears as determined as ever to establish a military presence and position of influence in Syria, despite the damage inflicted on its efforts by effective preventive strikes carried out by Israel. The Revolutionary Guards have even tried to respond to Israeli moves by launching an unprecedented heavy rocket against a civilian ski resort in northern Israel, which was intercepted.

Furthermore, the budget that Iran invests in support of terrorist entities—a billion dollars a year—is a small change for a regional power the size of Iran, even under tough sanctions. This was particularly true last year when Iran reduced various heavy expenditures in the Revolutionary Guards’ budget. The dramatic cut in Hezbollah’s deployment in Syria and the financing of Shiite militias in Iraq (Hashd al Shaabi) have been integrated into the Iraqi defense establishment and are now financed by the Iraqi government.

Even the widespread flooding in Iran that has created a significant financial burden apparently will not lead to curtailment of the Revolutionary Guards’ budgets. Iran has already demonstrated in previous natural disasters that it knows how to separate dealing with domestic crises and funding its operations in the region.

The recent substantive change in Tehran’s policy has created a new and dangerous situation in the Persian Gulf that warrants adjustments in the American strategy. Under the current circumstances for its policy of “maximum pressure” to be coherent and more effective, the American administration needs to tie it to one of two strategic options.

One alternative is to go full force in a genuine effort to promote regime change, while mobilizing the necessary economic, diplomatic, intelligence and military resources.

The second alternative is to refocus sanctions solely on the nuclear realm; more specifically, the sanctions should address the dangerous flaws of the nuclear deal and the development of nuclear-capable missile systems. The main flaws of the agreement that should be dealt with have been thoroughly discussed. These flaws include the sunset clauses in all areas (centrifuges, research and development, accumulation of fissile material etc.) and the ability of the International Atomic Energy Agency to verify Iran is not involved in nuclear weapons related activities.

Regime change is a less desirable option. From previous experience, it is difficult to control that type of change. In the Middle East, such efforts have more than once ended in failure or with unintended consequences, bringing to power problematic regimes or setting in motion internal processes of collapse and disintegration (Iran, Lebanon, Libya, and Afghanistan). In addition, in the Iranian case, active steps to achieve regime change are likely to strengthen the regime’s determination to acquire nuclear weapons as a guarantee to its own survival.

Focusing sanctions on the nuclear track (including nuclear-capable missile systems) would require confronting Iran’s destabilizing policies on the ground, much in the way Israel has struggled with Iran’s military entrenchment in Syria. This should include, for example, blocking Iranian arms transfers across the region, using coercive measures if need be.

The United States, which seeks to curtail its military presence in the Middle East and seems deterred by Iran’s ability to inflict damage and casualties to American forces (as demonstrated a decade ago in Iraq and Afghanistan), recoils from any such course of action. Therefore, from the outset, the administration “threw in” the objective of reducing Iran’s presence in the region as another objective of the sanctions despite the fact that past lessons learned—proven once more by the recent events in the Gulf—show that the regime in Tehran is not impressed by sanctions alone, no matter how stringent.

It is unclear whether more tightly circumscribed sanctions will succeed in the end in bringing Iran to renegotiate the nuclear agreement, prepared for the necessary compromises to repair serious flaws in the original. Without U.S. military readiness, parallel to this, to present a credible military threat the chances of success are even slimmer, and Iran might be more inclined to act upon its ultimatum and threats.

The bottom line is: the U.S. strategy towards Iran seems to backlash and is not expected to lead to amendment of the nuclear deal nor to a substantive change in Iran’s regional policy. Furthermore, it seems that this strategy could encourage the regime in Tehran to ultimately abandon completely the nuclear deal, assessing a gradual and measured expansion of its nuclear program would create counter-leverage against the United States.