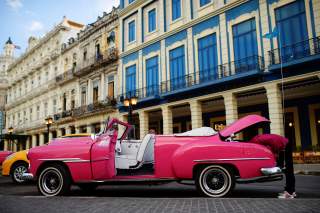 As the State Department announced Friday it was cutting its embassy staff in Cuba down to emergency levels -- following the recent, mysterious  sonic wave attacks on U.S. personnel -- a budding consensus of sorts seems to be developing: the reaction out of Washington could have been worse. As it is, it’s also fully unclear if Havana had a hand in the recent events. Secretary of State Rex Tillerson stated, “We maintain diplomatic relations with Cuba, and our work in Cuba continues to be guided by the national security and foreign policy interests of the United States. Cuba has told us it will continue to investigate these attacks and we will continue to cooperate with them in this effort.”

Senator Marco Rubio, a longtime foe of warming relations with the Castros, is chastising the Trump administration for not taking a harder line, calling it “shameful,” on Twitter, that American embassy personnel are being withdrawn but “Castro gets to keep as many as he wants.”

But many experts on the region disagree. Tillerson’s cautious response is meeting with plaudits.

“Very measured, yes,” Eric Farnsworth, a former State Department official in the Clinton administration and Washington director of the Council of the Americas, tells me. “US diplomats have been recently attacked in country so it's only prudent to reduce their number until the source and severity of the attacks can be fully determined. Meanwhile the embassy remains open. So, a balanced approach I'd say.”

“I am hopeful this won't affect bilateral relations too much,” says another former official in both the State Department and the Department of Defense (and worked on Latin America) in the Trump and Obama administrations. He supports the detente initiated under Obama, but agrees that Friday’s move by Tillerson is appropriate.

Cuba “doesn't seem to be a priority, which again, is probably good all things considered,” the former official tells me. Senior figures in Washington will likely “be too distracted by North Korea and the salacious prospect of war with Iran to use this as an opportunity to reverse Obama's opening.”

“There's clearly an ongoing danger to U.S. diplomatic personnel. … The administration has reacted in a measured way to this,” says Daniel McCarthy, editor at large of The American Conservative. In general, in contrast to the emollient Obama, “President Trump put the Cubans on notice. The point of that should be to make sure the opening to Cuba continues on America's terms, rather than pulling back to the Cold War status quo.”

Friday’s move also come on the heels of the administration rolling out more Cuba restrictions in June. As president, Trump has called Barack Obama’s opening to Cuba a “terrible and misguided” deal, but he was also once among the candidates in the Republican primary most open to it.

Another facet of Friday’s moves by the U.S. government is the State Department’s warning to U.S. citizens to stay away from Cuba for the time being. But that is not the same as a travel prohibition, which is what the administration recently issued against North Korea, following the death of Otto Warmbier.

Indeed, who is even behind the attacks is an open mystery, and it isn’t entirely clear if the Cuban regime is responsible. “I have a hard time believing Havana is behind it,” says the former State and Defense official. Eric Garris, director of Antiwar.com, explains, “It is interesting that only two days ago, U.S. intel sources said that they were convinced that the Cuban government was not responsible for the attacks.” But who else had incentive?

For now, it’s clear that another volatile storm has emerged in the “big water” the president likes to talk about.