Trump's Military-First Posture May Cost the World Its Denuclearization Dreams 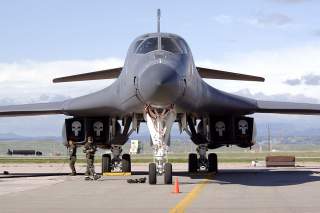 On this day one year ago, then president Barack Obama made a historic visit to Hiroshima to push for a nuclear-free world and remind us that we can “choose a future in which Hiroshima and Nagasaki are known not as the dawn of atomic warfare but as the start of our own moral awakening.” At the time, there was thoughtful discussion about the merits of nuclear weapons, the feasibility of a nuclear-free world and debate on how this would be accomplished. Obama’s Hiroshima speech lacked the sense of hope of his 2009 Prague nonproliferation speech, but there was at least the sense that the world understood the gravity of the problem. I had written at the time that although the visit was an important opportunity to reflect once more on the horrors of nuclear war, the actions of the United States and Japan did not match their words and both nations were pursuing troubling paths of nuclear proliferation. Not only has the world not made progress towards a nuclear-free environment, but it has alarmingly moved backwards. This setback can be attributed to the growing militarism advocated by President Donald Trump.

On May 22, the United Nations released a draft of a treaty banning nuclear weapons. This action remains symbolic as the nuclear states are not signatories, and Japan has been reluctant to join as well. Japan has argued that UN talks toward banning nuclear weapons would “risk deepening the rift between countries with nuclear stockpiles and those without them.” While Japan wavers, North Korea continues to increase its nuclear arsenal and improve its ICBM capabilities, creating instability in the region and the world.

Trump’s solution to the North Korean nuclear problem and an increasingly insecure world is to double-down on militarism and nuclear weapons. During the presidential debates, Trump displayed a lack of understanding of U.S. nuclear capabilities and his aversion to briefings suggests that this will be a long-term problem. Trump has argued that U.S. nuclear capabilities have fallen behind and wants it to be the “top of the pack.” His latest budget proposal requests an extra billion dollars for nuclear weapons. During the presidential campaign, Trump also suggested that it would not be so bad if Japan, South Korea and Saudi Arabia acquired nuclear weapons, a sentiment that has not changed since he became president.

An even bigger issue is Trump’s relentless promotion of militarism. It is becoming increasingly clear that Trump’s isolationist platform during the 2016 U.S. presidential election was fiction. In his first one hundred days, Trump has authorized military strikes in Syria, Yemen and Afghanistan. Trump’s latest budget requested $639 in defense spending, which is an additional $52.8 billion over Fiscal Year 2017’s base budget. This increase alone would be the sixth largest defense budget in the world. Trump has pressured U.S. allies—such as NATO, Japan and South Korea—to spend more on their militaries. Such pressure has faced resistance and criticism, but is likely to be eventually met. Such an approach to security fulfills the classic international-relations security dilemma where actions taken to increase one’s security causes more insecurity. Increased military spending and activities only confirm North Korea’s fears and increase recruiting efforts by terrorist groups. While Trump revs up militarism around the world, there are no concrete actions towards nuclear disarmament, especially by the two largest nuclear-armed states, the United States and Russia.

In Obama’s Hiroshima speech, he lamented that we may not realize his dream of a nuclear-free world in his lifetime, a sentiment that now seems naively optimistic. In the United States and Japan, there is scant discussion of Obama’s visit, even on its anniversary. With an increasingly belligerent North Korea, reluctant Japan, confident Russia and reckless United States, nuclear war seems like a plausible nightmare. The ability for an individual to so quickly undo years of antinuclear work is a wake-up call that more should be done to institutionalize antiproliferation and disarmament, whether through bilateral arms reduction, multilateral agreements, or other options. Symbolic visits to Hiroshima are simply insufficient when one of the strongest advocates for nuclear weapons has access to U.S. nuclear codes.

Tom Le is an assistant professor of politics at Pomona College whose research interests include Japanese security policy, militarism norms, and war memory and reconciliation. He was a Sasakawa Peace Foundation nonresident fellow at Pacific Forum CSIS and a Fulbright Fellow at Hiroshima City University.