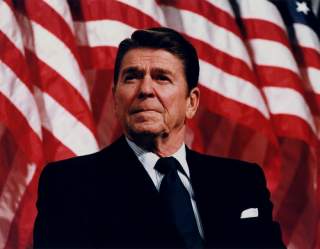 Donald Trump’s candidacy for president is a significant moment for American politics and equally so for U.S. foreign policy. Mr. Trump intends his nomination by the Republican Party to represent the return of the GOP to the muscular yet restrained foreign policy tradition of President Ronald Reagan. Trump also wishes to make a clean break with the interventionism of the last generation of presidents of both parties.

For all the media insistence that Mr. Trump’s campaign has been light on policy prescriptions, the Republican nominee gave two detailed speeches in August and September elucidating his view of foreign policy and national security. Both speeches repeat President Reagan’s “peace through strength” emphasis on overwhelming military force, used in a restrained manner, and a keen appreciation of the larger geopolitical forces shaping our world.

The Trump global agenda is coherent in a way unseen since the Reagan era, with each piece of the puzzle fitting into a larger whole. It is premised on reclaiming U.S. world leadership without losing sight of our own constraints.

There is nothing remotely conservative about unbridled foreign intervention and nation building, which Reagan rejected on multiple occasions. Trump seems to have based his foreign policy agenda on a similarly careful reading of U.S. national interests.

Mr. Trump has clearly stated that the Obama administration’s drastic cuts to the U.S. military are a major restraint on American freedom of action abroad. This includes our ability to deter major powers like Russia and China from acting contrary to our national interests.

Trump proposes to reverse U.S. military decline, measured against our capacity just a few years prior, as well measured against the growing might of our competitors. Merely initiating the Trump military buildup will signal to our adversaries that the United States is returning to international leadership. Trump argues that once our forces are rebuilt, American leaders will find their words taken far more seriously in global forums.

It is Trump’s interpretation of the global correlation of forces that most distinguishes his worldview. His public statements reveal an awareness of the challenges posed to American leadership by revisionist powers like China, Russia, Iran and North Korea. He seems to wish to distinguish his approach as one inclined toward a vigorous deterrence based on hard power rather than either soothing words or ideologically driven saber rattling.

Trump has spoken out repeatedly against China’s aggressive behavior across the Asia-Pacific, and his emphasis on regaining American naval preeminence in the region. He has proposed building a 350-ship Navy, as advocated by a bipartisan panel of senior national security leaders. This, he argues, is required after fifteen years of intensive ground combat and a shifting mission—our navy is the smallest since World War I and events in the Pacific are making that region increasingly contentious.

In this sphere, Trump has dismissed the current administration’s policy of “strategic patience” with North Korea. Instead, he has proposed an investment in ballistic missile defense, which is reminiscent of Reagan’s efforts.

In the Middle East, Trump has acknowledged Iran’s quest for regional hegemony and pledged to make common cause with allies like Israel, Jordan, and Egypt to thwart Tehran’s ambitions. While Trump has been clear that Russia’s ambitions in Eastern Europe often conflict with American interests and commitments, he envisions areas of possible cooperation with Moscow—destroying ISIS first is a key priority.

To Trump, America gains little by engaging in a continuing struggle with a power such as Russia, which is possibly in long-term decline. Trump sees this chessboard intuitively and clearly, and he articulates a foreign policy of pragmatism supported by strength.

Absent from Trump’s proposals are counterproductive nation-building efforts abroad while the economic and military basis of U.S. power erodes. Donald Trump seems to reject an ideologically driven foreign policy approach in favor of a comprehensive global strategy based on economic and military strength. We hear, then, a strong echo of Reagan’s foreign policy approach adapted to our current circumstances.

Above all, Trump recognizes there can be no strong military without a strong economy and broad manufacturing base. Hence, his comprehensive tax, trade, regulatory, and energy policy reforms are designed to restore American economic preeminence, from which all hard and soft power flows.

D. Quinn Mills is emeritus professor at Harvard and is author with Steven Rosefielde of The Trump Phenomenon and the Future of US Foreign Policy. Peter Navarro is a senior policy advisor to the Trump campaign, a UC-Irvine business professor, and author of Crouching Tiger: What China’s Militarism Means for the World.