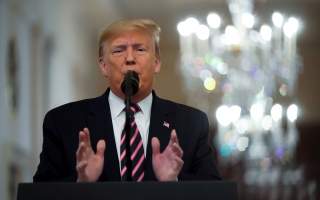 President Donald Trump’s latest twist in the ongoing trade war with China reveals the core philosophy of his thinking. It is about bilateral barters. And only titans having economies suitable to barter trade count in this game. Multilateralism is out. So is the basic idea of trading via money buying from one country and selling to another.

The U.S.-China agreement entered into mid-January 2020 sets targets for China importing more (about $50 billion) from the United States in four categories: manufactured goods, agriculture, energy and services. Allegedly, an annex, which is not published, specifies a list of subcategories that China is going to buy.

This is contradictory to market economics. In a market economy framework, China would already have bought these goods and services from America. The reason it has to be done by a kind of command economy is because it was not competitive. This has three effects. First, suppliers to China are switched from more competitive economies to less competitive ones. Second, the United States will channel production factors into sectors that cannot compete on their own. Third, countries will be squeezed out of a market where they have won the right to be by being more competitive than American producers.

This is what economists call “trade diversion,” which entails a loss of welfare. Furthermore, the United States, as a high priest of free markets, is now adopting a command economy reminiscent of the Soviet-style, which most of us thought was outmaneuvered more than thirty years ago.

The China trade war is not an isolated case. Trump uses the same tactic towards the Europeans with the Nordstream 2 gas pipeline beneath the Baltic Sea trying to force them to buy American gas instead of gas from Russia.

Geopolitically, many of the countries crowded out used to be good American allies. Now, they are being sacrificed by the United States, which is violating the very principles it upheld and preached to the rest of the world for many decades.

Trump works hard to kill the institutionalized economic globalization standing in his way. It can be detected in policy steps vis-à-vis the guardians of multilateralism: The International Monetary Fund, (IMF) the World Bank (WB) and the World Trade Organization (WTO). The instrument is to freeze funds and stop nominations. In October 2019, the United States blocked an increase in IMF’s total lending resources and managed to delay changes, which was proposed to better align member countries' weight in decisionmaking with their share of global Gross Domestic Product. The appellate body of WTO, fundamental for settling trade disputes, has been hamstrung by the U.S. stopping nominations. As of December 2019, only one out of seven members remains.

This philosophy will threaten two cornerstones of the economics underpinning the phenomenal growth since industrialization struck roots about 250 years ago: Comparative advantage and the global value chain. It will find support from domestic social losers and, to a certain degree, from big economies like China’s economy, which is able to enter into barter trade with the United States. The main victims are multinational companies, Emerging Markets and Developing Economies (EMDE) plus small and medium-sized economies thriving in a multilateral environment, but suffering from a barter economy as they have little to barter with. Unfortunately, it looks like the forces pushing a barter economy are stronger and more powerful than what the opposition can mobilize.

When negotiating free trade agreements, the same philosophy guides U.S. policy. Britain has got a foretaste through apparently non-negotiable demands about access to its National Health Service and opening of its markets for chlorinated chickens neglecting normal behavior anchored in quid pro quo. This is also visible in U.S. domestic economic policy. In the 2016 presidential election, Trump’s economic vocabulary did not center around the free market but focused on a command economy, with the president ordering business to bring back jobs to America and if not suffer the consequences.

The result can well be that the world gradually enters a new phase, one where free market and competitiveness are thrown out of the window to make way for a primitive barter economy mindset anchored in protectionism and nationalism, which would then open the door for a more autarchic mindset.