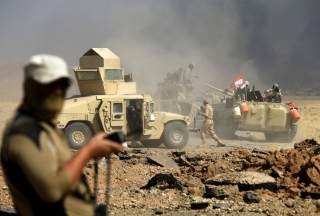 SIXTEEN YEARS into the United States’ “global war on terror,” terrorist groups continue to proliferate in states that are either unwilling or incapable of defeating them. Not only has the threat of terrorism persisted, but it is escalating and intensifying in dangerous ways. The United States needs a comprehensive strategy to combat this threat. Such a strategy must be properly resourced, balancing civilian engagement with military tools and strengthening civilian-protection standards. After eight exhausting years fighting terrorist groups, there are important insights from the Obama administration that President Donald Trump would be wise to heed.

President Trump’s immediate predecessors responded to terrorist threats in different ways. President George W. Bush put the United States on a wartime footing. While he initially counted on a speedy and targeted intervention to topple the Taliban and weaken Al Qaeda in Afghanistan, the Iraq War and subsequent state-building failures pushed his administration toward an increasingly resource-intensive counterinsurgency strategy. President Barack Obama distanced himself from his predecessor’s counterinsurgency model, shifting instead to a light-footprint approach that consisted of expanded air strikes, wide use of special forces and greater reliance on host-government militaries.

As for President Trump, in the heat of the presidential campaign he was very clear about how he intended to confront terrorist groups, particularly the Islamic State (ISIS): “I will quickly and decisively bomb the hell out of ISIS, will rebuild our military and make it so strong no one—and I mean, no one—will mess with us.” Nine months into his presidency, Trump has indeed prioritized military action and downplayed diplomacy, soft power and political engagement. Without announcing a radical shift in strategy, he has loosened a number of constraints on the use of force. He has delegated authority to the military to set troop levels and undertake a much wider range of strikes, he has geographically expanded areas of active hostilities and he endorsed a dramatic escalation in air strikes in the spring, including dropping the largest nonnuclear bomb ever deployed in combat. While a new draft counterterrorism strategy notes that the United States should avoid costly military commitments and demands that U.S. allies shoulder a greater share of the burden, the Trump administration to date has largely followed the Obama administration’s plans to scale up military operations against violent extremist groups.

In the near term, this strategy of military escalation will likely kill more terrorists, in more places and at a faster rate. Taking fighters off the battlefield demonstrates that these groups are not invincible, and may deter recruitment and spur defections. It will also deny terrorists the freedom of action to plot and carry out further attacks.

But the experience of the last eight years shows that an effective counterterrorism strategy must do more. It should minimize civilian casualties and avoid playing into extremist groups’ recruitment strategies. It needs to mobilize effective and professional local forces that can hold territory liberated from terrorist groups, and help legitimate governance structures to take root. This will require sustained political efforts to broker durable political settlements in conflict zones where terrorists take safe haven and exploit sectarian divisions. And a successful strategy must mobilize international partners, especially from Muslim-majority countries, to confront common threats—while using U.S. leverage to push for greater accountability and compliance with international human-rights standards.

The Obama administration made real progress on the first task: putting in place an initial legal and policy framework to protect civilians in U.S. counterterrorism operations. But its progress on the other elements was incomplete. There is ample room for the Trump administration to do better. This will require Trump to preserve and strengthen the civilian protection gains that have already been made, while advancing and resourcing the right strategy to fulfill long-term strategic goals. In specific terms, this means that the Trump administration should bolster its diplomatic capability—rather than gutting the State Department’s budget and capacity—in order to forge and manage relations with local, regional and international partners, and to undertake more effective peacemaking efforts. Likewise, Trump should invest in the development capabilities of USAID, multilateral institutions and civil-society partners, all of which are critical to sustaining long-term rebuilding efforts in fragile areas. Finally, Trump should think very carefully about pursuing transactional counterterrorism partnerships with corrupt autocrats and human-rights abusers, whose poor governance records fuel the grievances and instability exploited by extremist groups. There is much Trump can learn from the difficulties of his predecessor to craft a thoughtful and effective counterterrorism policy. Whether he chooses to take heed is another matter.

In fact, the Trump administration has escalated military operations in Yemen, Somalia, Afghanistan, Iraq and Syria. In Yemen, for example, the United States has ramped up its air campaign against Al Qaeda targets, dropping forty strikes over the course of five days in March—more than the Obama administration’s annual total for the past two years. The nonprofit monitoring group Airwars reports that civilian casualties in Syria and Iraq due to coalition air strikes have also increased sharply under Trump, with over 2,200 deaths estimated during his first five and a half months in office. In addition to intensifying air strikes, the White House has increased the number of troops deployed on the ground, particularly in Iraq and Syria. In the operation to retake Mosul, U.S. military advisers cooperated with Iraqi forces in a much “closer and deeper” manner than permitted under the Obama administration. Likewise, in Syria, the United States sent a team of Army Rangers, as well as a Marine artillery unit, to support efforts to liberate Raqqa from the so-called Islamic State.

At the same time, Trump has initiated a policy review aimed at rolling back Obama-era constraints on air strikes and commando raids outside of designated battle zones. Trump has already approved a Pentagon request to declare parts of Yemen and Somalia areas of active hostilities, in which looser-civilian protection rules apply. The administration has also decided to delegate greater operational authority back to the Pentagon and the CIA without requiring high-level interagency sign-off. In Yemen, these changes enabled the controversial ground raid on an Al Qaeda compound that resulted in the death of a Navy SEAL as well as a dozen or more civilians. There has also been a surge of recent reports about friendly fire and civilian deaths from coalition air strikes, raising additional troubling questions about the effect of the rules changes.

The Trump administration’s budget request also signals a clear prioritization for military counterterrorism tools. It calls for unprecedented cuts in foreign aid and slashes the U.S. State Department’s budget by almost a third—while increasing defense spending by 10 percent. The administration has also pushed for significant reductions in UN funding, including for peacekeeping operations and UN development work. These proposed cuts suggest that the Trump administration does not view diplomacy and development efforts as key components of its counterterrorism strategy.

Lastly, Trump appears willing to overlook human-rights concerns associated with its counterterrorism partners in favor of assertive military action. In early March, the State Department approved resuming arms sales to Saudi Arabia that had been blocked by President Obama due to concerns that Saudi strikes in Yemen were causing widespread civilian casualties. Likewise, the State Department approved $3.8 billion in arms sales to Bahrain in September—including F-16 fighter jets—despite the Bahraini government’s ongoing crackdown against the country’s Shia population. The Trump administration has also sold ground-attack aircraft to Nigeria, despite widespread security-force abuses there, including the mistaken bombing of an internally displaced persons’ (IDP) camp in January by the Nigerian Air Force that left over one hundred civilians dead. Finally, Trump has invited leaders like Egyptian president Abdel Fattah el-Sisi and Philippine president Rodrigo Duterte to the White House, invitations that President Obama refused to give because of grave human-rights concerns.

The Trump administration’s early counterterrorism moves may not yet constitute a dramatic break with previous strategy. However, they highlight a real risk that important lessons learned over the past eight years will be discarded and costly mistakes repeated. It is therefore instructive to take a closer look at key counterterrorism choices faced by President Obama and the internal debates that unfolded.

In the Obama administration, four counterterrorism decisions stand out: whether to move away from large-scale military interventions to more targeted operations; how to balance an aggressive counterterrorism campaign with appropriate civilian protection; whether to strategically partner with countries with unsavory democracy and human-rights records; and balancing a light-footprint counterterrorism approach with longer-term commitments to democracy, governance and development.

PRESIDENT OBAMA came into office intent on moving the United States off a “permanent war footing.” He was skeptical that large-scale counterinsurgency missions were the right strategy to defeat terrorist threats. Obama’s team considered existing counterinsurgency doctrine unwieldy, risky and resource-intensive. His advisers were unconvinced that it would bring successful outcomes absent a massive investment spanning multiple decades. This stance also reflected Obama’s worldview that terrorism did not represent an existential threat to the United States equivalent to multigenerational challenges like climate change.