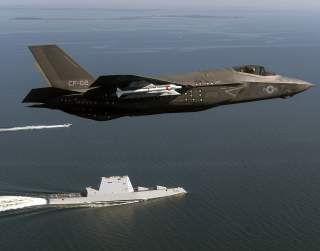 Since the Trump administration released its fiscal year 2018 “skinny budget” proposal it has become increasingly clear that the Republican establishment in both branches of government are increasingly divided on how U.S. taxpayer money should be spent. Trump advocates for massive cuts to many social programs (but not Social Security or Medicare) and has vowed to make America’s military great again, proposing a $54 billion increase in defense spending above the Budget Control Act caps. Fiscal conservatives within the party are concerned that the defense increase is wasteful and that many of the social programs that will be cut to fund the increase are necessary for their constituents. The opposite end of the Republican spectrum has defense hawks, such as Arizona Sen. John McCain, chairman of the Senate Armed Services Committee, who wants to see an even bigger increase in defense spending. Both groups generally favor massive reforms—and often cuts—to entitlement programs such as Social Security and Medicare.

Given this lack of consensus it is unlikely the budget that Congress eventually sends to Trump for approval will come anywhere close to matching the one he has put forward. It will, however, probably still include an increase in defense spending and cuts for some domestic programs and the diplomacy and development agencies. But before Trump and the Republican Congress enact a complete budget for FY 2018, they should consider the impact it will have on their four main foreign-policy and national-security goals, as the current proposal currently undermines most of them.

First, Trump has made clear by signing his memorandum calling for a new plan to defeat ISIS that eliminating the terrorist organization is his top priority and he seeks to prevent it from posing any future threat to the United States. Trump’s budget proposal would increase military spending overall and the number of Army and Marine ground forces from 660,000 to 730,000 and would cut $8 billion in potential reconstruction aid for Syria, Iraq and Afghanistan. Given that Trump has claimed he intends to cut back on the number of troops stationed in allied nations, he has not signaled his intention to increase troops in Iraq or Afghanistan. He previously said that he would not send large numbers of ground troops to foreign countries; this ground troop increase would be an unnecessary expenditure.

Trump should reconsider his decision to cut the reconstruction aid that is essential for establishing governance systems post conflict. Active duty and retired flag officials, including the current secretary of defense, a retired Marine Corps general, have all stated that economic and diplomatic resources are a necessary component of fighting terrorism, and most analysts agree that failing to establish a successful governance system in Iraq after ISIS is driven out could result in a power vacuum that Iran and other terrorist organizations would most likely fill. The United States has heavily invested American lives and taxpayer money in Iraq over the past decade; failing to successfully help Iraq transition out of conflict would waste those sacrifices and leave the United States less secure in the long run.

Second, Trump and congressional defense hawks have called for a strengthening of the U.S. Armed Forces to address “pressing shortfalls, such as insufficient stocks of critical munitions, personnel gaps, deferred maintenance and modernization, cyber vulnerabilities and degraded facilities,” in an attempt “to counter the growing number of complex threats from sophisticated state actors and transnational terrorist groups.” Trump’s proposal, however, would increase investment in F-35 Joint Strike Fighters, drastically increase the size of the Navy, including adding two new Carrier Task Forces, and increase U.S. nuclear capability. This plan is rife with strategic and monetary waste. The F-35 program has already wasted millions of taxpayer dollars and failed to meet initial operating capacity for over two decades. Trump’s plans for increasing the size of the Navy would increase their shipbuilding budget by 60 percent over the next few decades. This is unnecessary as experts like McCain have advocated for alternative ways in which the fleet’s capacity could be increased without massive budget increases or building more super carriers. Finally, a nuclear arms race would cost taxpayers billions and could possibly spark a renewed Cold War arms race with Russia or China that would fail to protect national interests. These three proposed expenses are tangible “big-ticket purchases” that may make the United States look “great” on paper, but fail to address genuine administration U.S. security concerns, which mostly revolve around fighting counterinsurgency campaigns.

Third, President Trump’s budget calls for a reduction in the U.S. financial presence globally to redirect those funds to U.S. national security interests. He has proposed $1 billion in cuts for UN peacekeeping programs, $130 million in cuts for UNICEF and $650 million in cuts to the World Bank. Also, he has demanded that U.S. allies increase their contributions to global security so that U.S. taxpayer dollars can be reallocated for domestic concerns. This argument is often put forward by conservatives looking to cut back on the foreign assistance budget, but it fails to take into account how big the U.S. share in the global economy actually is. The United States has the largest GDP in the world, meaning it should fund a greater percentage of international programming than countries with smaller GDPs. According to the Global Policy Forum, the United States currently pays “less than its share of the world economy,” and owes the UN $736 million, which is equal to 80 percent of the total owed to the UN by member states. These figures suggest that while the United States may be contributing checks with more zeroes, it is not, in fact, “paying more than its share.”

Additionally, as the United States decreases involvement in programs, such as the World Bank, allies like Australia, France, Germany, Israel, South Korea and the United Kingdom, as well as many developing states, have begun investing in alternative institutions, such as the Asian Infrastructure Investment Bank, which was started by China in 2015. Since the United States is not a member of many of these institutions—like competitors Russia and China—it is unlikely that they will protect U.S. interests abroad. Thus, divesting from key institutions in which the United States plays a prominent role politically and financially will undermine U.S. interests in the future.

Fourth, congressional Republicans and Trump have expressed concerns over the security of U.S. borders, especially the flow of individuals and illicit goods from Mexico into the United States. Trump’s proposal gives a $2.8 billion funding increase to border protection, which includes money to build a border wall. This initial investment is only a fraction of the estimated $20 billion that it will take to build the complete wall, a figure that does not account for the cost of staffing the wall once it has been constructed. Experts have claimed that the wall would be ineffective in stopping illegal immigration or individuals carrying illegal drugs, and both Democratic and Republican congressmen and women have argued that a complete wall is an unnecessary expense for U.S. taxpayers. If Trump wants to help stop the flow of illegal persons and goods over the border, then he should instead focus on increasing diplomatic ties with the Mexican government, which successfully helped stem the flow of illegal immigrants across the U.S.-Mexico border from 1.7 million in 2005 to 170,000 per year in 2015 and helped curb the flow of illegal drugs from South America. Instead, President Trump wants to cut the budget for diplomacy by nearly 30 percent.

Securing American interests at home and abroad is a necessary and complex process that can be greatly affected by the discretionary portion of the federal budget Congress and the president actively control. Given this complexity, President Trump and congressional Republicans should look at their security goals and, engaging with experts in the respective fields, work backwards to develop a budget that will help America achieve those goals. The current proposal seeks to appease pockets of constituents by holding on to campaign promises, but it undermines American security interests. America needs a president and Congress who are willing to move beyond campaign politics to truly make America great again.

Lawrence J. Korb is senior fellow at the Center for American Progress and was the Assistant Secretary of Defense for Manpower, Reserve Affairs, Installations and Logistics from 1981-1985. Francesca vanDoorn is a policy intern on the National Security and International Policy team at American Progress.