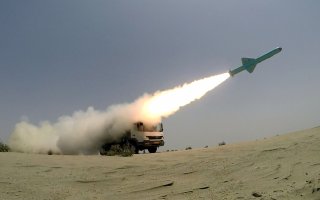 Despite being ignored or rebuffed, the Biden administration continues to yearn for “constructive engagement” with the Iranian regime. But as recently as a week ago, Iran’s Supreme Leader Ali Khamenei was still announcing that Iran is “in no rush” to engage with the United States. History is being repeated, and it has echoes of President Barack Obama’s policy on Iran.

President Obama’s true legacy is not the Joint Comprehensive Plan of Action (the Iran Deal or JCPOA), which is more limited in scope than he had wanted. It’s the approach he used to bring Iran to the negotiating table: U.S.-led pressure backed by credible deterrence. Ironically, this approach was also adopted by President Trump, despite his confusing rhetoric.

Having started from a position of strength, President Obama ended up making more compromises than he should have in 2015 because of election pressures to produce a deal. Today, if the Biden administration wants to achieve a stable and lasting deal, it must understand that the United States has to maintain pressure on Iran, and that time is on America’s side.

There is no successful example of “constructive engagement” between the U.S. and Iran. Even the JCPOA itself was achieved through pressure. The Iranian regime did not start seriously negotiating until the Obama administration doubled down on its pressure against Tehran. In addition to multilateral United Nations oil and financial sanctions, Washington imposed crushing sanctions on Iran’s Central Bank in 2013, effectively choking Iran’s international financial transactions.

During the Obama era, various attempts by U.S. officials to engage Iran in nuclear and regional security talks were met with indifference. In December 2009, future Obama Secretary of State, John Kerry, then Chairman of the Senate Foreign Relations Committee, expressed his intention to visit Tehran. He would have been the first high-level U.S. emissary since the Islamic Revolution to establish a direct U.S.-Iran dialogue. The regime simply ignored Kerry. Even after the imposition of multilateral UN sanctions against Iran’s nuclear activities in 2010, the regime remained impervious to U.S. efforts to engage.

During the negotiations that culminated in the 2015 nuclear deal, President Obama wrote several letters to Ali Khamenei, urging the regime to work on “shared interests” with the United States and fight the Islamic State in Iraq and Syria. The result of this U.S.-Iran “constructive engagement” was the spread of Iranian influence at the expense of America and its allies. In Iraq, pro-Iran militias rapidly expanded after 2013, becoming (still today) a major threat to Iraq’s sovereignty and stability. In Syria, with Russian assistance, Iran’s activities intensified in summer 2015, even as the nuclear deal was being concluded. In ensuring that Assad and those who did his dirty work would be Iranian clients, the regime consolidated Iran’s influence all the way to the Mediterranean and Israel’s doorstep, intensifying their menace through the Iranian Quds Force.

During the 2012 election campaign, President Obama promised to terminate Iran’s nuclear program through a deal with Iran. By summer 2015, that promise had been reduced—by sunset clauses—to putting Iran’s nuclear program on hold for ten to fifteen years. Such a compromise can only be explained by President Obama’s belief that engagement would change Iran’s behavior: Tehran would understand that engaging with the United States would be to its benefit, and eventually behave responsibly in the international arena. A limited nuclear deal with Iran would give America time to negotiate permanent constraints on Iran’s nuclear capability and address other aspects of its malign behavior.

None of it happened.

The lesson today for Biden’s policymakers should be that despite “engagement,” the Iranian regime has refused to change its behavior. On the contrary, “engagement” appears to have cemented the regime’s aggression.

Despite optimistic expectations, Iran conducted missiles tests before and after the deal was formally implemented. After the Iranian missile test in March 2016, President Obama’s ambassador to the UN, Samantha Power, called the test “provocative and destabilizing.” Around the same time, General Lloyd Austin, then Obama’s top commander in charge of operations in the Middle East, and today Biden’s Secretary of Defense, noted that Iran had not changed its destabilizing behavior after the nuclear deal.

Even if we disregard the non-nuclear aspects of Iran’s malign behavior and focus on the nuclear issue, since JCPOA, Iran has categorically refused to negotiate anything beyond what is literally written in the deal. If “constructive engagement” with Iran is measured by the regime’s abandonment of its malign behavior, the policy has failed by its own definition.

People-to-people engagement between Iran and the United States also did not pan out post-JCPOA as President Obama envisioned. Tehran went on a hostage binge right after the conclusion of the deal. A number of American businessmen and academics who had sought to foster economic and cultural ties between Iranians and Americans, were arrested in 2015 and 2016. They were all convicted of “espionage” and “infiltration,” sentenced to lengthy prison terms, and used by the regime as hostages to extort political gains from the United States. The regime made each case public and high profile to convey precisely and concretely that it wanted neither rapprochement with the United States nor the strengthening of ties between Iranians and Americans.

Thanks to the Biden administration’s avowed determination to re-engage the Iranian regime with a series of concessionary measures, at least one more American and several additional European citizens have been arrested. The administration has not been able to gain the release of a single American or foreign hostage, while Iranian Foreign Minister Zarif has announced his wish for a universal “prisoner exchange” with the United States. Translation: there is now a long ransom “wish list” from the Iranian regime for the Biden administration.

The Biden administration should understand the real strategic framework: fundamental interests of the United States and Iran are at odds. America’s primary goal in the Middle East is to contain Iran, whereas Iran wants to expand its influence and oppose the United States. The Iranian regime needs to restore the expiring JCPOA only to lift sanctions. Tehran interprets America’s “constructive engagement” as a weakness that the regime can exploit, or as a disguised attempt for regime change that it must vehemently resist. There is no way for the U.S. to engage the Iranian regime without exerting heavy pressure.

Wang Xiyue is a Ph.D. candidate in history at Princeton University and a Jeane Kirkpatrick fellow at the American Enterprise Institute. He was imprisoned in Iran from Aug. 7, 2016, to Dec. 7, 2019. Twitter: @XiyueWang9