Tunisia Needs to Do More to Fight Terrorism 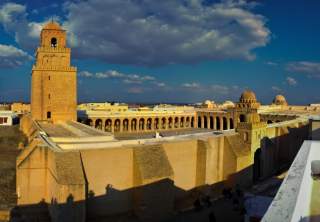 The June 26 resort massacre in Tunisia that resulted in thirty-eight deaths revealed that the only Arab democracy is woefully underprepared to take on the brutality of the Islamic State. Like the March attack at Tunis’ Bardo museum, the beach and hotel had very limited security and the response times of police were insufficient to prevent dozens of casualties. Many of these shortcomings can be addressed with material aid and expertise from Europe and the United States as well as the willingness of a cooperative Tunisian government to begin prioritizing wholesale security sector reforms.

While Tunisia may be a small fish in the larger fight against the Islamic State, its fate remains important since it has been the only country to emerge from the 2011 Arab uprisings with a democratically elected government and a hard-fought constitution. Unlike its neighbors, Tunisia so far is passing the test of whether secular and Islamist political parties can coexist peacefully.

ISIS surely understands what’s at stake, which is why it has recruited so intensively in Tunisia. An estimated 3,000 Tunisians have traveled to and received training and combat experience in Iraq, Syria, and recently Libya. Tunisian nationals have perpetrated multiple terrorist attacks in Libya, including the January attack on the Tripoli’s Rixos Hotel. Tunisian officials reported that they believe the gunmen at the Bardo and Sousse attacks trained together in Libya. Although Tunisians always feared what would happen upon the return of these jihadis, they never prepared for that inevitability.

That was partially understandable because the country had been focused on its democratic transition for nearly four year as it held a series of elections and experienced months of debate over a constitution. In the interim, much of the security services remained in place with a questionable mandate, fearing the repercussions of finding themselves at odds with the new Islamist political leadership. Ennahda partisans became senior officials in the dreaded interior and justice ministries to help ensure party members would not be targeted by elements of the old regime. That tactic proved almost self-destructive as two unsolved political assassinations of prominent left-wing politicians almost drove the political transition off a cliff in 2014.

The paralysis of the security services was on full display during the September 2012 attack on the U.S. Embassy in Tunis—a riot that persisted for hours before the government organized a response (the results for U.S.-Tunisian relations could have been catastrophic but for fire-proof building materials that the U.S. compound in Benghazi tragically lacked). Tunisian inefficiency also struck the legal system where terrorism suspects were released for lack of evidence, only to go on to perpetrate further terrorism abroad. For example, the United States confirmed in June that Ali al-Harzi, a Tunisian national wanted in association with 2012 Benghazi attacks, was killed in Iraq in an airstrike. Harzi had been in Tunisian custody in December 2012 but was released after heavy pressure from his family. At the time, the authorities cited a lack of evidence but clearly didn’t have the will or capacity to build a case.

Now that its political system has stabilized, Tunisia can focus on the top-to-bottom reform of its security sector. During President Caid Essebsi’s May visit, to Washington, the United States announced several important initiatives including training and reform programs for the interior and justice ministries, assistance to create a counterterrorism fusion cell, elevating Tunisia to the status of major non-NATO ally, and fast-tracking the delivery of eight Black Hawk helicopters. But all these initiatives can be significantly expanded with assistance from our European partners.

The tragedy of the Bardo and Sousse attacks reveals a roadmap for security reform that Tunisia should undertake with the assistance and expertise of its allies: first, strengthen border security and technology to help track and prevent crossings by suspected terrorists as they depart to and return from suspected terrorist hotspots, especially the porous border with Libya; second, better defend soft targets by deploying higher numbers of police under the watch of empowered local commanders connected to rapid response forces; third, increase intelligence capabilities to identify and track suspects as well as improve linkages with overseas intelligence services and cooperation; fourth, improve police investigative and prosecutorial capabilities to build better cases against terrorism suspects; finally, develop anti-terrorism laws to enable police to hold suspects while establishing reasonable guidelines on interrogation given the brutal history of Tunisia’s prison system.

Tunisia’s democratic transition is far from complete and requires just as difficult and sustained economic reforms as it does security sector reforms. The ongoing economic desperation of certain Tunisian populations populations (unemployment remains above the pre-revolutionary rate) remains a contributing factor to Tunisia’s outsized contribution of jihadis to the Islamic State despite its incredible democratic strides.

Tunisia may not be at the epicenter of the global fight against ISIS, but it can no longer sit on the sidelines. As President Obama said at the Pentagon on July 6, “in order for us to succeed long-term in this fight against ISIL we have to develop local security forces that can sustain progress.” Tunisia may represent the best opportunity to test that theory. It should formally join the anti-ISIS coalition. A visit from General John Allen, the President’s Special Envoy for Countering ISIS could invigorate these efforts.

Ben Fishman is a consulting senior fellow at the International Institute for Strategic Studies. He served as Director for North Africa on the National Security Council from 2011-2013.