Turkey’s Erdogan Is Down But Not Out 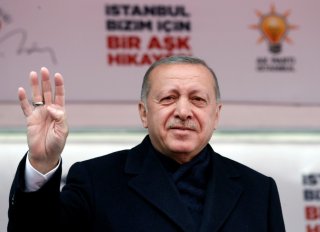 Observers of Turkish politics are fixated on the likelihood of Turkey’s next presidential elections being free and fair. The election, which has to be held before July 2023, is widely perceived to be the last chance to vote President Recep Tayyip Erdogan out of power and rebuild Turkey as a democracy. Erdogan has ruled the country since 2003 and these elections are equally consequential for him. In the event he loses power, there is a decent chance Erdogan and his family will be prosecuted for charges related to corruption and abuse of power. This has led analysts to speculate that Erdogan will resort to just about any measure to remain in power, democratic or otherwise. The odds of him winning are not in his favor, as the country’s economy has been in a freefall. Voters are understandably angry and many demand change. While attention is focused on what Erdogan may do to stay in power, Turkey’s political opposition and its inability to offer voters a viable alternative path and candidate to replace the incumbent may be Erdogan’s greatest advantage for remaining in power.

To defeat Erdogan, Turkey’s main opposition Republican People’s Party (CHP) took the lead in building an alliance of opposition parties, bringing together six parties. The thinking was that to defeat a popular leader such as Erdogan would require the collaboration of all opposition parties. The CHP chairman, Kemal Kilicdaroglu, who has held his position since 2010, is credited for bringing together political actors of different persuasions to achieve this task. The imperative for establishing the so-called “Nation Alliance” is to restore Turkey as an institutional democracy which they blame Erdogan for undermining.

There is little doubt that Erdogan has done much to undermine Turkey’s democratic institutions, harm its economic growth, and damage its relationships with its Western partners. Since the coup attempt of 2016, Erdogan has focused on concentrating executive power in the hands of a revamped presidency that many international observers have cited as the end of rule of law in the country. Endemic corruption and mismanagement have resulted in Turkey having the third highest level of inflation in the world, presently running at almost 80 percent. Under Erdogan, Turkey has also alienated itself as a respected and valued member of the Western alliance, mainly due to his close relationship with Russian president Vladimir Putin.

One would think this level of dysfunction could easily motivate voters to vote for a new president but this is not the case in Turkey. International observers of Turkey’s elections in the recent past including the Organization for Security and Co-operation in Europe (OSCE) and Freedom House have documented significant government interference that ensures that Erdogan and his Justice and Development Party (AKP) have a privileged position when it comes to staying in power. This includes the lack of press freedoms that allow voters to have access to unrestricted information; government restrictions on opposition parties such as the pro-Kurdish Peoples’ Democratic Party (HDP) whose leadership is in prison; and a civil bureaucracy and judiciary which is loyal to Erdogan and his cause. Under normal circumstances, the above should provide plenty of fodder to galvanize and spur the political opposition. Unfortunately for Turkish voters, this is not the case.

For one thing, the alliance is not focused on nominating the best candidate to defeat Erdogan. It appears as though Kilicdaroglu will insist he be the alliance’s nominee for president. Although the CHP is the largest member of the alliance, it does not necessarily follow that the party’s chairman should be the alliance’s candidate. Instead, critics argue that if the alliance is to have any real shot at removing Erdogan from office, it should put its best foot forward by nominating the strongest candidate. This would likely mean nominating the CHP’s mayor of Istanbul, Ekrem Imamoglu. A bright and charismatic individual, Imamoglu is likely to be Erdogan’s nightmare to run against. He is well-spoken, compassionate, and young. He also sucker punched Erdogan and the AKP back in 2019, when he won the Istanbul mayor’s race, much to Erdogan’s chagrin. There is no real reason to not field Imamoglu against Erdogan other than to satisfy Kilicdaroglu’s ego. Polls consistently show that Imamoglu has the best numbers to defeat Erdogan. In contrast, Kilicdaroglu appears worn down and has very little by way of electoral victories against Erdogan since becoming chairman in 2010.

In addition to the candidate problem is the issue of who to include as members in the Nation Alliance. The HDP has so far been excluded from membership, largely due to its Kurdish identity. This is a significant omission from the Nation Alliance’s strategy. The reason for excluding the HDP is relatively simple: alliance members do not want to be tarred with the brush of being perceived as sympathizers of the Kurdish cause in Turkey—a charge which Erdogan would almost certainly levy against the alliance if they include the HDP as the seventh member. While this may be understandable, it doesn’t make sense. The HDP consistently polls close to 13.5 percent which makes it a considerable source of strength for the alliance’s presidential candidate. If the HDP is forced to field its own presidential candidate, this will likely split the opposition vote and indirectly empower Erdogan.

Finally, the alliance has a messaging problem. What does it stand for beyond defeating Erdogan? The answer to this is unclear. Turkey’s problems are substantial and much could be done to take an example from the AKP when it ran for office for the first time in 2002. At the time, the AKP published an “Emergency Action Plan” that contained a list of priorities it said needed to be implemented immediately upon taking office. Issues ranged from economic measures to foreign policy and welfare. In other words, the AKP built momentum and gave voters a reason to vote for them. Kilicdaroglu and his alliance colleagues are relying on the anger of voters and hoping this will generate political change in Turkey. They have not given a tangible reason as to why they should vote for the alliance’s candidate. Moreover, the Nation Alliance has no formal policy platform to speak of. Instead, it has made a vague promise of rebuilding Turkey as a democracy, mainly by re-institutionalizing a return to a parliamentary system of governance (Turkey became a presidential system of government following a public referendum in 2017). No plans have been made public as to how the alliance will tackle questions relating to the economy, foreign policy, and other significant portfolios. Needless to say, this does not engender confidence in voters.

Instead what we see is a level of complacency on the part of the Nation Alliance leaders who often make grand speeches with entrances such as “when we come to power, we will…” Erdogan is weakened politically, but in addition to having disproportionate benefits of being the incumbent president, he is also getting a second wind from a largely disconnected and disorganized political opposition. Turkey is a very flawed democracy, to say the least, and there is much speculation about what undemocratic measures Erdogan may use to stay in power. Given the opposition’s lack of a principled stance, Erdogan may not have to resort to much chicanery to get the result he desires. At present, a seemingly aloof political opposition is helping Erdogan secure another five years as president.