Is Turkey Becoming an Apartheid State? 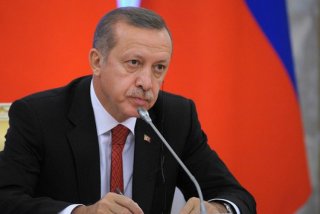 Nearly a century ago, Mustafa Kemal Atatürk declared the independence of the Republic of Turkey. The new state arose from the ashes of the Ottoman Empire. While the Ottoman Empire was a patchwork of different peoples, Atatürk envisioned Turkey as a state predominantly for Turks. Turkish nationalists largely eradicated the Armenian community in a pre-planned and centrally directed genocide. Many Greeks had fled Turkey in the run-up to independence, and Turkish nationalists forced out most other Greeks in subsequent pogroms.

From the very beginning of the Turkish Republic, however, Turkish leaders had to face Kurdish unrest. In 1925, Kurds rose up in the Sheikh Said rebellion upset with what they saw as Atatürk’s assault on religion. Two years later, İhsan Nuri Pasha declared the Ararat Republic, a Kurdish state in far eastern Turkey along the Iranian and Armenian borders. Atatürk ordered his army and air force to crush that entity. In 1936, the Kurdish rebellion erupted in Dersim in protest of forced Turkification and mandatory relocation to dilute non-Turkish identities. Once again, the Turkish army crushed the uprising.

Not all discrimination was at the point of a gun. Beginning with Atatürk and continuing until Turgut Özal took the helm in the 1980s, Turkey industrialized and modernized its economy, but bypassed the Kurdish east. Some of this neglect was deliberate, although some were also simply the result of geography. Still, the long-time ban on the Kurdish language—including the use of some Latin letters present in Kurdish but not in Turkish and Kurdish cultural expression—has widened the gulf between the Kurds and Turks.

The rise of the Kurdistan Workers Party (PKK) polarized society further. Between 1984 and 1995, fighting between the PKK and the Turkish military resulted in the deaths of over 20,000, and that number may have doubled in the he decade following. The 1999 capture of PKK leader Abdullah Öcalan gave many Turks some hope that years of violence and insurgency were largely behind them. They largely were. While some splinter groups persisted with terror and violence albeit on a scale far less than in years past, the Kurds turned to ameliorate their situation through a normal political process.

Staunch Kemalists, meanwhile, hoped that Öcalan’s imprisonment would put an end to his political movement. In this, they were wrong. In 1999, for example, the People’s Democracy Party (HADEP), the PKK’s legal front group won a majority of votes in Diyarbakir, the largest city in the Kurdish region. That victory showed both Öcalan and the PKK maintained popular support despite the theater of Öcalan’s trial. Indeed, with time, PKK support grew.

When Recep Tayyip Erdoğan came to power in 2003, he believed he might co-opt the Kurds. At first, Kurds responded favorably to his overtures. Many voted for his Justice and Development Party (AKP), if only to spite the parties that previously had oppressed them. With time, however, many Kurds concluded that they could not trust Erdoğan or the AKP. Erdoğan promised Kurds political freedom and economic empowerment before elections but promptly turned his back on the group when he no longer needed their electoral support.  As a result, Kurds increasingly began voting for explicitly Kurdish parties. In the March 2014 local elections, the Peace and Democracy Party (BDP), the successor party to HADEP, won more than six percent of the vote. It reorganized under the name Peoples’ Democratic Party (HDP) and, within just one year, it more than doubled its representation, surpassing Turkey’s ten percent electoral threshold to take seats in parliament, eroding the AKP majority. Erdoğan’s reaction was fierce. He arrested HDP co-chair Selahattin Demirtaş and other senior HDP leaders and turned the military might of the Turkish army on such HDP strongholds as Cizre, Mardin, Nusaybin. Turks, who live in a conspiratorial media bubble not unlike that which Russian President Vladimir Putin has crafted, may have believed Erdoğan’s explanation that he was merely conducting a counter-terror operation, but eyewitness accounts and satellite photos tell a different story. Erdoğan may have sought to punish Kurdish constituencies who voted against him in order to compel them to correct their political ways but, regardless of motives, his actions backfired. They simply reinforced a Kurdish perception that they had no recourse to address their plight through the normal political process.

Over the last several months, Erdoğan has furthered his purge, removing democratically elected Kurdish mayors and replacing them with his own appointees, and imprisoning more HDP leaders. Just in the last few days, Erdoğan has gone further by expelling a prominent Kurdish parliamentarian for a five-year-old tweet urging more attention to the Turkey-Kurdish peace process. Now, with his renewed repression met with international silence, he appears to be aiming for a wholesale end to Kurdish enfranchisement by banning 600 HDP officials and dissolving the party.

While it may sound polemical, what appears to be happening is the imposition of a near-Apartheid system inside Turkey. Kurds—at least those unwilling to amplify Erdoğan’s narrow political agenda—may not hold office. The Turkish government has stripped many Kurds of their pensions under the guise of various spurious judicial actions. Kurdish regions in Turkey remain underdeveloped, and the State seldom awards significant contracts to Kurdish-owned businesses.

The pattern is clear. The trajectory of Kurdish freedom is backward, and Kurds now face the same repression they suffered in the late 1920s and 1930s. European and American diplomats have long embraced a superficial approach toward Turkey’s domestic human rights abuses toward its Kurdish minority in the belief that quiet engagement trumped public shaming, but that quiet approach has backfired. Lest Erdoğan, out of ego or ideology, drag Turkey further into an Apartheid world, it is essential European leaders like Germany’s Angela Merkel and France’s Emmanuel Macron as well as the Biden administration approach Turkey with moral clarity. There is no excuse for the systematic disempowerment of Turkey’s Kurdish minority. To allow Erdoğan to continue down this path will not bring peace. Indeed, the result will be quite the opposite.