Turkey Is Blind to Its Most Dangerous Foe 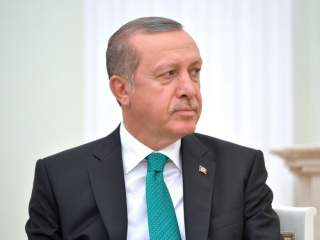 With fierce clashes between Kurds and Turkish police causing mayhem throughout Turkey’s southeast, and Islamic State–related activity noticeably on the rise, there is no doubt that Turkey has a militancy problem. However, there is one group, commonly overlooked by the Turkish government, that likely poses the biggest threat.

The Kurdistan Freedom Falcons (TAK) has already claimed three attacks in Turkey’s most populated locales, including a suicide bombing in Ankara’s central Güvenpark in March, a car bomb along Ankara’s Eskişehir Avenue in February and a mortar attack at Istanbul’s Sabiha Gökçen Airport last December. However, this group continues to operate under the radar.

This is mostly due to how the militants are perceived. While the Turkish government sees the TAK and the well-known Kurdistan Workers’ Party (PKK) as one and the same, the TAK has been able to create its own organizational structure. Under the guise of being just more PKK militants, the TAK has operated independently and staged two large-scale attacks in the center of Turkey’s capital, thus proving the danger that it truly presents.

While the facts surrounding the rise of the TAK are fuzzy, it is evident that this group came out of the PKK movement, likely in the beginning of the twenty-first century. However, as these militants coalesced, there was no denying the stark contrast with their Kurdish counterparts.

The PKK, which originally began as a radical Kurdish separatist group determined to form an independent Kurdistan, has toned down its rhetoric dramatically in recent years. These days, the group’s main objective is Kurdish autonomy, particularly in Turkey’s southeast. Yet the TAK has not forgotten its original motive, and while the PKK has largely kept the recent conflict concentrated to the southern and eastern provinces, the TAK has taken the fight elsewhere—namely Ankara.

This is because the main goal of the Falcons, according to their no longer accessible website, is the “wholesale destruction” of the Turkish state. These militants view the policies of the PKK as too humane, and instead advocate for Turkey’s demise. To do this, they promise that they will target the country’s touristic and most commercialized areas in order to deal a real blow to the country’s economy. The militant group also declares that it will issue a “merciless and unhesitant response to the Turkish fascist state.”

Yet despite this obvious threat, Turkish authorities have largely treated the Kurdish issue as a unitary problem, and categorized this group as a mere PKK affiliate. Even when the TAK claimed responsibility for the suicide bombing attack in Ankara’s Güvenpark that killed nearly thirty people on March 13, the Turkish government linked the incident to the PKK.

Simply put, it is much easier for Turkish authorities to group any issue emanating from Kurdish militants under the PKK label. For one, this allows Turkey’s government to link attacks on civilians with the PKK, thus further demonizing and delegitimizing the militant group. Additionally, this avoids the problem of giving the Turkish populace yet another militant group to worry about.

This perceived affiliation by Ankara is unwise, since both groups operate with vastly different objectives, and there is currently no evidence that the TAK is following orders from the PKK’s central leadership. While the Turkish government invests a multitude of resources into combating the PKK in the southeast, the TAK continues to operate underground, likely plotting its next attack in the heart of Ankara. And as Turkey continues to attempt to mitigate these threats emanating from radicalized Kurdish militants, it must also balance the risk of attack from various other militant entities, including Islamic State.

The Turkish government must change its perception of the ongoing Kurdish struggle in order to effectively foil these plots. Ankara must differentiate between its measures against the PKK and the TAK, and stop labeling the Falcons as simply an affiliate. While one group targets security forces in a single concentrated region, the other group sees all of Turkey as fair game, and presents a much larger threat to civilians throughout the country.

The PKK and TAK are fighting two different wars. Both pose great risks to Turkey’s stability; however, it is the TAK that is determined to rid the world of the Turkish state. If Turkey does not recognize this distinction and invest resources accordingly, the next attack emanating from the militant group could be right around the corner—and there is no telling what populated locale it will choose to target next.

Garrett Krivicich is an Intelligence Manager at MAX Security Solutions, a geopolitical and security risk consulting firm based in the Middle East.