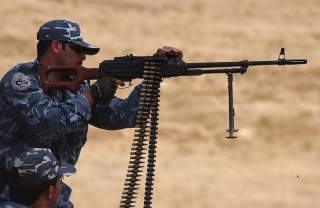 A growing crisis between Iraq and Turkey over the presence and role of Turkish troops in northern Iraq raises concerns about the prospects for stability in and around Mosul, the city that Iraqi forces backed by a U.S.-led coalition hope to soon wrest from ISIS control.

Turkish disregard for Iraq’s requests to withdraw the troops may in the near term push Baghdad to delay the start of the Mosul offensive, in order to evaluate the situation. Prime Minister Haider al-Abadi has expressed fears that friction between Iraqi government forces or Shia militias backed by Iran and Turkish forces will lead to a regional conflict. Baghdad may also want to avoid a scenario in which Turkey, not Baghdad, becomes the main actor in Mosul after ISIS.

To preserve the momentum of the campaign against ISIS in Mosul, the United States should push for the restoration of diplomatic ties between Baghdad and Ankara. To do so, Washington will need to search for and promote alternative multilateral arrangements—under the umbrella of the U.S.-led coalition, or the UN, for that matter—that both respect Iraq’s sovereignty and allow Turkey reasonable means to effectively addresses its legitimate security concerns.

Turkey’s troops have been in Iraq since last fall to train and assist Sunni Arab volunteers assembled by Atheel al-Nujaifi, the former governor of Nineveh, of which Mosul is the provincial capital, and also to chase down PKK militants. The Iraqi government has protested the deployment since then. The vote by Turkey’s parliament two weeks ago to extend the mission for another year started a chain of comments and reactions that caused the flare-up. Two factors have contributed to the remarkable escalation: Turkey’s unveiling of its “back garden” policy, and the confrontational and undiplomatic attitude with which it was delivered and defended against Baghdad’s objection.

An op-ed by Ilnur Cevik, President Erdoğan’s chief adviser, indicates that Turkey wants to create a new status quo, in which it protects its interests in northern Iraq by unilaterally taking matters into its own hands rather than through mutually accepted arrangements with Baghdad. The argument, which refers to the northern parts of Iraq and Syria as Turkey’s “back garden,” disturbingly cites Russia’s annexation of Crimea and aggression in Georgia as justifying precedents for Turkey’s new policy. The message in the article was that Turkey has already made up its mind—this was just a FYI.

Then there is the surprisingly hostile attitude with which Turkey defended its new policy and actions. After the Iraqi parliament voted to label the Turkish presence an unwanted “occupation,” Ankara charged that the characterization does not represent the Iraqi people and insisted that Turkish troops shall remain in Iraq “whatever the Iraqi government in Baghdad says.” The subsequent exchange of insults between Erdoğan and al-Abadi was as unstatesmanlike as it gets.

Turkey is doing itself and Iraq a disservice by unnecessarily antagonizing al-Abadi’s government, and its approach is counterproductive. By humiliating al-Abadi, Ankara gives him no reason to cooperate on addressing legitimate security concerns, as in the case of a PKK presence, and indeed, on mutual concerns, as in the case of the ambitions of Iran-backed militias in Mosul. Al-Abadi originally resisted militias’ demand to participate in the Mosul operation, but recently changed his mind, likely under pressure from Iran.

In the broader view, Turkey may be repeating the same mistake that the Arab states made in rejecting the post-2003 order, which accelerated Iraq’s slide toward Iran and away from the Arab world’s cold shoulder.

It is ill advised for Turkey to confuse its quarrel with Iran’s proxies in Iraq for one with the whole of Iraq and its government. While the militias of Badr, Asaib Ahl al-Haq and others under the command of Qassem Soleimani’s lieutenants are definitely feared by most in Iraq, they are loved by few. By further weakening al-Abadi, Turkey inadvertently strengthens the militias’ argument that they are needed to defend Iraq’s territory because the central government lacks the power to do so. Ankara may end up hastening the creation of the very conditions it set out to prevent in the first place.

The United States has managed complex situations involving the thorny issue of Shia militias’ role in fighting ISIS in Iraq before. During operations to retake cities like Tikrit and Fallujah, the United States managed the issue by supporting al-Abadi’s government, enabling government forces with generous U.S. and coalition support to do on their own the roles that the militias claimed only they had the power to undertake. Beyond the tactical benefits, this approach also allows the central government to gradually build up the confidence and capability to reduce the role of the militias and the threat they pose to the unity and stability of Iraq and its neighbors. Turkey should be encouraged to learn more from the United States, and less from Russia.

Omar Al-Nidawi is the director for Iraq at Gryphon Partners and a guest lecturer of Iraq history at the Foreign Service Institute. His views are his own. Follow him on Twitter @omar_nidawi.