Turkey's Elections: A Blow to Islamism? 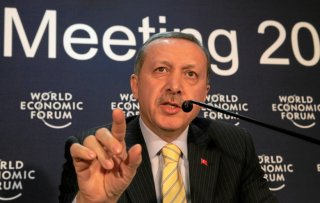 The outcome of Turkey’s parliamentary elections: a veto of President Recep Tayyip Erdoğan’s proposed presidential system. What fate then for the longer-term goal Erdoğan so often invoked: raising a pious generation? Will Islamicization—the injection of measures informed by Islamic law into public life—proceed in Turkey if Erdoğan is sidelined?

With only 258 seats, the ruling Justice and Development Party can only form a coalition government, a far cry from the 367-seat mandate needed to make Erdoğan executive president. The game-changer was pro-Kurdish People’s Democratic Party (HDP). HDP leader Selahattin Demirtaş was the first politician able to harness energies unleashed by protests across the country since the Gezi park protests of 2013. Doubling its votes since the last national elections to 13 percent, the HDP soared across the country’s ten percent electoral threshold. Its message: pluralism, not Erdoğan, is the answer to Turkey’s problems.

Together with other parties whose parliamentary lists likewise reflected mounting calls for diversity, Turkey has its most inclusive parliament in history. Alevis, Christians (Armenians, Greeks, Syriacs), Yezidis, and Roma are represented, and women make up 17.5 percent of the legislature.

The AKP still commands 40.8 percent of the vote, a hefty plurality but not enough to form a government. The three opposition parties in parliament have all rejected cooperating with the AKP at this time. If a government is not formed within the next 56 days, President Erdoğan can call for early elections. The AKP would likely win big in such a scenario on the grounds that the opposition is incapable of governing.

All this means that Erdoğan’s project of consolidating power and correcting what he sees as the historical travesty of republican secularism has been put on the back burner. Yet, Turkey was Islamicizing well before Erdoğan founded the Justice and Development Party (AKP) in 2002. Since the 1950s, center-right politicians developed the parallel Imam Hatip secondary school system to produce theologians. Erdoğan was an early graduate. Since the 1980s, under the country’s “staunchly secularist” military, the Islamic character of the Turkish nation was written into the very constitution.

Under the AKP, Islamicization accelerated in key areas like education. First graders are now obliged to take religion classes. New kindergarten curricula instill fear of “heaven and hell” and a “love for Allah” into pupils. Imam Hatip schools—still only 10 percent of the education system overall—have doubled from 453 to 952 in the span of a decade. Enrollment is up five-fold from 90,000 students in 2004 to 474,009 in 2014.

In universities too, theology is booming. Curricula used to require courses on the sociology of religion and the history of philosophy in addition to the Islamic sciences (Koranic exegesis, Islamic jurisprudence, and study of the hadith). Last year, the Higher Education Council made non-Islamic subjects optional. The goal, according to a prominent Islamist columnist who penned an open letter to the president: to return to Ottoman-Islamic sources of Turkish “greatness” and the “demolition” of Western-inspired universities with their Enlightenment-inspired pedagogy.

For many who have been economically and politically empowered under the AKP, a greater role for religion in public life is a matter of self-determination. Under Erdoğan’s leadership, moreover, Turkey’s traditional center-right has embraced the symbolic resources of Islamism. Prime Minister Davutoğlu’s post-election speech sought to sustain the case for a more faithful Turkey, describing the party as Turkey’s backbone, and lambasting the opposition for declaring a few million-swing votes as a victory.

But it was precisely the leadership’s heavy-handed, Islamist-inflected populism that spurred over half the country to vote for other parties in an election that saw high voter turn-out (86 percent) and tens of thousands mobilize to prevent  fraud. Such efforts are the culmination of years of protest by secular-nationalist Kurds—the backbone of the Kurdish movement—and secular Sunni Turks as well as the youth, women and religious minorities. This oddball coalition persisted even as dissent was criminalized through measures like anti-blasphemy laws and a sweeping anti-terrorism bill.

The jury is therefore out on Islamicization. We do know from Turkey’s own history of state-imposed secularism that top-down social engineering backfires. And overall, there are signs of disenchantment rather than heightened faith in Turkey society. The leading Islamist thinker of the 1990s, Ali Bulaç, has gone so far as to ponder the “death of Islamism” in Turkey today and its displacement by shallow, opportunistic performances of piety.

Likewise, when it comes to religious minorities, we know that identities under siege are identities that harden. It is an open question, for example, whether the country’s 8-10 million Alevis—whose grievances were a major driver of the Gezi Park protests in cities across Turkey—would radicalize in the face of sustained Sunni Islamicization. Alevism has affinities with the Alawite tradition and Shia’ism but has a distinctive Anatolian character influenced by Sufism. Much depends on the country’s ability to absorb some two million mostly Sunni refugees from the Syrian conflict. Most reside in border regions—the Alevi heartland—and tensions have been mounting. This daunting challenge also requires coping with the threat posed by an ISIS that deems Alevis heretical and which controls significant segments of the porous border.

Given the stakes, the United States should support efforts of the new Turkish government and civil society to ensure a healthy balance between piety and pluralism. Ultimately, unlike Iran or Saudi Arabia, Islamism in Turkey is incremental rather than revolutionary, moderate rather than radical. Erdoğan’s erratic behavior notwithstanding, Turkey’s Islamists are by and large pragmatic. Many within the pious new elite—politicians and bureaucrats, businessmen and intellectuals—are well aware of the risks of polarization and sectarianism. With the completion of Turkey’s dramatic cycle of elections, cooperation may be more easily brokered with their counterparts in parliament and society, and with their friends in the West.

Nora Fisher Onar is a Transatlantic Academy Fellow of the German Marshall Fund and Research Associate of the Centre for International Studies at Oxford University.