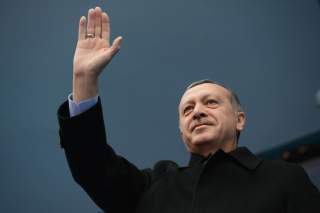 The announcement of Transport Minister Binali Yildirim as Turkey’s new prime minister is fascinating, given much of the focus is on the technically neutral President Recep Tayyip Erdoğan. This is because Yildirim, an Erdoğan loyalist, has vowed “full harmony” with Erdoğan’s goal of moving Turkey to a presidential system with concentrated executive powers.

Yildirim’s ascent began with the publication of so-called “Pelican Brief,” an anonymous blog criticising former prime minister Ahmet Davutoğlu for being seduced by the West and its political “Trojan horses.” It was widely viewed as coming from a source close to Erdoğan with its function to reign in party dissent at a time when Erdoğan has many de facto, but few de jure powers.

A great deal of analysis views this as proof of Erdoğan emulating Putin’s increasingly autocratic role in Russia. Under this reading, Yildirim is a vessel to enable Erdoğan’s transition to authoritarianism. Yet this interpretation is too simple. Worse, it consolidates his position by feeding into the ruling Justice and Development Party’s (AKP) narratives about the West.

In particular, it fuels a long-held “victim” narrative that argues Turks have been humiliated and exploited by Europe since the decline of the Ottoman Empire. This allows criticism of Erdoğan to be quickly deflected by Ankara, which passes them off as destabilizing attacks by foreign saboteurs.

Erdoğan’s attempt to censor a German comic for a lewd joke involving a goat is instructive. Commentators in the West revelled in the absurdity and pettiness of the episode. For them, it confirmed their belief that Erdoğan is building a personality cult. Criticism emerged from influential British Tories too, including Boris Johnson, who won an anti-Erdoğan competition for best poem about the leader in the Spectator.

But for Turks, or at least those outside of the urban areas, this response confirms the humiliation narrative. The lesson is that while the ridicule is largely warranted, political leaders in Europe should, at least, understand the context. By outwardly mocking it, they risk consolidating and strengthening anti-European sentiment.

This is why the trend for Western journalists to frame Turkish politics as a simplistic battle between liberalism and authoritarianism is not helpful either. Within Turkey, journalists sympathetic to the AKP use these criticisms as proof of the persistence of crude “Orientalism” and Islamophobia. To them, this demonstrates that the Western powers will never treat Turkey as an equal, based on their belief that Islam and democracy are fundamentally incompatible.

AKP sympathizers would also counter that Turkish society is deeply engaged in political life. For example, the 2015 elections were viewed by the OECD as having “active and high citizen participation,” showing “a broad commitment to holding democratic elections.” Thus, Turkey’s electoral participation rate of 86 percent was second only to Belgium within the OECD.

Of course, this obfuscates a highly contested media environment. Journalists are routinely jailed and the country’s most popular daily, Zaman, was recently taken over by government forces. Nonetheless, the accusation that Turkey is inherently incompatible with democracy angers domestic voices and provides ammunition for the AKP.

It is also worth considering that Turkey has never been a strong liberal democracy. In fact, until the emergence of the AKP, Turkey was a quasi-military state. For example, the last coup, in 1997, occurred when the Welfare Party was banned for not pursuing the “correct” type of secular democracy. Erdoğan himself was persecuted in the aftermath, spending ten months in jail for reciting an Islamic-tinged poem.

Hence, Erdoğan’s presidentialization agenda does have personal aspects, but this interpretation disguises his pragmatism. To him, the shift from a parliamentary to a presidential system removes the indecisiveness of the parliamentary system, which can be exploited by fringe and external actors. It also removes the power of the military, which arguably fulfilled an important role in the Cold War period, but now is preoccupied with maintain its own political power.

In this sense, the appointment of Yildirim signifies a victory for Erdoğan and demonstrates a strategic acumen by navigating the complex Turkish political environment. His successes reveal that Erdoğan is a pragmatist and an ideologue second. It also demonstrates that many popular interpretations of Erdoğan’s rule—from both Europe and Turkey—are unhelpful in the long term.

So while cartoonish depictions of Erdoğan and Yildirim as his henchman provide easy tropes for external commentators, the reality is that these feed into and strengthen the new Turkish political order. Consequently, those who truly seek to restrain the political excesses of modern Turkey need to be much more aware of the complex set of issues driving the agenda in Ankara if they are to challenge Erdoğan’s rule.

Wayne McLean is a Researcher with the National Security College at the Australian National University and previously an Associate Lecturer in International Relations with the University of Tasmania. His research focuses on the foreign policy of middle powers with a focus on Turkey, Central Asia and Australia. He has written for the Lowy Institute, The Conversation, Turkish Studies and Insight Turkey.