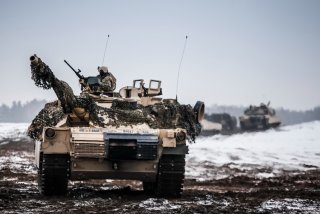 “The West is leading Ukraine down the primrose path and the end result is Ukraine is going to get wrecked,” said John Mearsheimer, about Ukraine’s push towards NATO and non-neutrality. And at the time of writing, Ukraine is indeed getting wrecked. The dies were cast, Dnieper was crossed, and the post-Cold War order shattered due to a mix of idealism, woke politics, and a misguided sense of history. A great power’s massed forces entered without direct provocation and crossed the borders of a sovereign neighbor in a declared act of war. History’s march isn’t inherently progressive, and time can be turned back by sheer force.

As Michael Kofman wrote recently, Russian forces will not focus too much on air assaults, and a majority of Russian firepower is concentrated on a ground push, compared to the Western way of war. There’s a certain truth to that, as I noted during the intervention in Syria. The Russian bombing campaign that started last night was far more concentrated and targeted than the relentless Shock and Awe against Iraq that one observed in 2003. Russians use their airpower economically, given their limited supply of smart bombs. That does not mean that Russia will not have air superiority, far from it, but that Russian forces will prefer to capture important entry points and then push armor columns in various axes. At the time of writing, Russian paratroopers are battling for airports, and after a night of missile strikes, Russian armor has started moving in from Belarus, next to Kharkiv, and from the south, trying to connect and then cut off Kyiv. Kyiv will likely fall soon.

Russian airborne troops are setting up a perimeter across airports in Kyiv. Russian T-72 tanks are facing resistance from Western-supplied Javelins. Operationally, one can see the use of a lot of low-flying Su-25 aircraft, presumably, because Russians know they won’t face any anti-air fire. It’s unthinkable that Russians will use Su-25s against a hypothetical Western force, and it is equally unthinkable why Ukrainians were not given anti-air weaponry in preparation for an insurgency. There are Rosgvardia troops being used for perimeter control, but one cannot see any evidence of them in combat. There are some social media reports of Russian tanks facing heavy fire and heavy fighting in airports, but it could be morale-boosting Ukrainian disinformation in the fog of war. One can remember the Armenian defense ministry giving such reports, immediately before utter collapse.

Every military operation is predicated on the objective, and so far, Russian objectives are hard to follow from their stated rhetoric, which included “denazification” and “demilitarization” of Ukraine, but not full occupation, at least in the long term. It’s not prudent to take rhetoric and use that as a baseline of analysis, so logically, one can assume three different Russian plausible aims. One, Russia seeks to occupy and annex Ukraine, in which case a state named Ukraine would cease to exist. This seems the most implausible by far, not simply because Ukraine is a massive country and there will inevitably be an insurgency across its porous borders, but that Russia does not have the force posture required for a full occupation, which would need millions of men to pacify a country of Ukraine’s size and contend with active EU and American support for insurgents. Russia isn’t China.

Two, Russia can conduct a massive punitive strike and then return to the table of talks. This is unlikely, as it is the least profitable for Russia. A military operation turns Putin into a pariah, results in financial costs, turns the Ukrainian population antagonistic, and is no guarantee that a new government in Ukraine will be compliant to Russian demands. Three, Russia conducts a regime change and then installs a puppet regime. By far, U.S. assessments and Russian troop movements point towards that. If the Russian axes continue to move forward in a pincer movement, and it appears they are, while facing little resistance, then Kyiv will fall in around ninety-six hours and a new caretaker admin can be in place in weeks. The Kremlin will signal a willingness to discuss terms of Ukrainian surrender and neutrality, and an eventual equilibrium, after a pummeling. The signals from Russia and Belarus points to that.

Given that this momentous epoch-defining event will result in chaotic noise, it is time to consider some hard truths. First of all, anyone who talks about the need for a no-fly-zone (NFZ), or armed support to Ukraine, or cover to support refugees and shoot down Russian jets, does not understand the realities of power distribution, “escalation dominance,” and the most important lesson of Cold War—avoiding Mutually Assured Destruction. A complete dilution of international relations schools and studies with nonsensical theoretical frameworks in the last forty years resulted in this fake expertise and the “experts” who led to this. Anyone who is suggesting such a course of action doesn't have the patience, restraint, and wisdom of previous generations; lacks independent thought; and is opposed to the majority of the American public and the will of the nation. George W. Bush didn't go to Georgia when it was invaded in 2008, Barack Obama deconflicted in Syria in the 2010s and ignored Crimean annexation in 2014, and Joe Biden won't do anything with Ukraine other than bolster already existing NATO members. Great powers don't go to war with nuclear rivals—that is the key to surviving in modern international relations. But, in the last few days, we have seen current British ministers of parliament and former U.S. deputy assistant secretary of defense argue for a NFZ which will result in a shooting match with a nuclear rival.

It is unbelievable to ponder how close these guys are to power and matters of war and nuclear conflict. In an incredibly dangerous era, great power cannot afford hyper-emotional juveniles. Bad theories, the university to NGO pipeline, Critical Race Theory and toxic social programs in the military, that led to such fake expertise, must be reversed in an era of great power competition. Second, Putin isn’t a mad man. Rational choices give competing policy suggestions, based on miscalculations. Japan was rational in thinking it needed the oil fields in Asia. It was still a miscalculated choice about American strength and resolve. So, one should take the claim that Putin is crazy with a grain of salt. There's nothing crazy about what he is doing. It might be a bad choice, but it is rational from a certain perspective.

Third, the most powerful country in Mittel Europa has essentially neutered itself, and Europe. Every time anyone talks about Germany being pacifist due to the legacy of World War II, they should be reminded that Germany had twelve divisions up until 1989. The reason Germany does not pay more for defense is because its frontiers moved east and are guarded by others. Those days are gone. The era of peace is over. Hard power is in, soft theories are out. Gazillions spent in universities should be rechanneled to research on deterrence and military. If this invasion does not lead to Europeans paying for their own defense and increasing hard power, then the future is going to be dark. America cannot take the security burden of both the Atlantic and Pacific, with a rich continent doing nothing for its own security. And a Chinese war or invasion in Asia is going to be far more brutal, and soon China might force that choice of which theatre to prioritize on the United States. The fundamental grand-strategic aim of the United States now should be to support a European “strategic autonomy,” energy efficiency, and, if need be, facilitate mini-laterals like the British-Polish alignments, or the Franco-Greek alliance, and force Europe to pay more for their own defense. It would also be in the U.S. interest to punish those European states which oppose these moves. Hard times call for hard measures. And if America wants to retain, if not hegemony, at least a favorable balance of power, a hard course correction is in order.