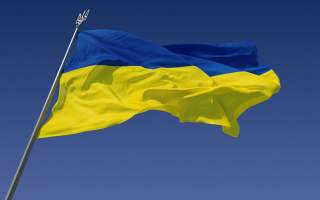 From the very start of the Ukraine crisis, Washington’s neoconservative lobby has sought to downplay the less appealing aspects of the government that came to power in Kiev in February. In May, a conventicle of Western intellectuals took place in Kiev under the auspices of the New Republic. They attended a five-day conference called “Ukraine: Thinking Together.” There Leon Wieseltier, then literary editor of TNR, channeled his inner Miniver Cheevy to state that one motive for convening the conference was his “somewhat facile but nonetheless sincere regret at having been born too late to participate in the struggle of Western intellectuals...against the Stalinist assault on democracy in Europe.”

One of the conference’s co-organizers, Yale historian Timothy Snyder, declared that “Ukraine is the European present. We have now reached a point where Ukrainian history and European history are very much the same thing, for good or for evil.”

But examples of the new authoritarianism gripping Kiev have become tougher to miss in recent months, so much so that there are signs that perhaps even the Washington establishment is begin to feel some discomfiture at the actions of its new Ukrainian clients. In September, Radio Free Europe / Radio Liberty reported that the Ukrainian Defense Ministry was creating a “Special Service” to, among other things, “get rid of the Russian 5th column in the Ukrainian armed forces.” The Ukrainian defense minister, Valeriy Heletry, said the new service would be based on the Stalin-era SMERSH; it would “expose and dispose of enemy agents.” By some estimates, SMERSH, the Russian-language acronym for “Special Methods of Detecting Spies” sent upwards of 600,000 former Soviet POWs to the Gulag after the war.

In October, Ukrainian president Petro Poroshenko signed a decree establishing October 14 as an official “Day of Ukrainian Defenders” to commemorate the anniversary of the founding of the wartime UPA, the Ukrains’ka Povstans’ka Armiia or Ukrainian Insurrectionist Army. As the historian Halik Kochanski has noted, the UPA worked hand in hand with Poland’s Nazi occupiers, killing, to take but one example, nearly 10,000 Poles over the night of July 11-12, 1943. “A feature of the UPA action,” according to Kochanski, “was its sheer barbarity. They were not content merely to shoot their victims but often tortured them first or desecrated their bodies afterwards.” All of this is well known, yet Poroshenko still took to Twitter to declare: “UPA soldiers—an example of heroism and patriotism to Ukraine.”

In January, according to Agence France Presse, thousands of Ukrainian nationalists took part in a torchlight procession marking the 106th birthday of Ukrainian nationalist Stepan Bandera. According to AFP, some of the marchers “wore second world war-era army uniforms while others draped themselves in the red and black nationalist flags and chanted ‘Ukraine belongs to Ukrainians!’” Anyone under the impression that torchlight processions through the streets of European capitals are a thing of the past would be sorely mistaken.

This spectacle was followed in short order by Ukrainian prime minister Arseniy Yatsenyuk’s assertion—made, almost unbelievably, on German airwaves on January 7 that “All of us still clearly remember the Soviet invasion of Ukraine and Germany. That has to be avoided. And nobody has the right to rewrite the results of the Second World War.” Don’t let anyone tell you Russia has a monopoly on “disinformation.”

Even before the torchlight march on January 1, however, there were signs some establishment figures were becoming alive to the danger these far-right nationalists pose to Ukraine, and perhaps to European security. On December 30, in the Washington Post, former Freedom House President and current Atlantic Council Sr. Fellow Adrian Karatnycky warned that several of the far-right battalions, like the Azov and Dnepr-1, who had seen action in eastern Ukraine are “revealing a dark side. In recent months, they have threatened and kidnapped government officials” and “boasted that they will take power if Ukrainian President Petro Poroshenko fails to defeat Russia.”

These, according to Karatnycky, are no mere idle threats because Ukraine’s interior minister, Arsen Avakov, has only encouraged these elements, noting that “...in September he even named a leader of the neo-Nazi Azov brigade to head the police in the Kiev region.” He urges the West to take notice and Ukrainian leaders like Yatsenyuk not to “sweep this emerging threat under the rug.”

Let’s hope there is a limit to what the US will countenance and that the glorification and/or imitation of Nazi collaborators is it.