In Ukraine, Putin Has Already Lost 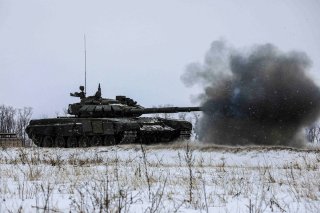 Vladimir Putin has lost; he will not achieve any of his core demands vis-à-vis the United States or NATO. Now he must decide whether he is a bully or a bluffer.

Putin made several demands in the initial “security guarantee proposals” he sent to the United States and NATO in December 2021. The proposals, written by the Ministry of Foreign Affairs staff responsible for these “official documents,” were perhaps done in haste to meet a timeline that was short and hurried.

On February 1, 2022, at a news conference during Hungarian prime minister Viktor Orban’s visit to Moscow, Putin clarified his three core demands for the West: “prevention of NATO’s expansion; commitment not to deploy offensive weapon systems near Russian borders; return of [NATO] Bloc’s European military infrastructure to 1997 levels when the NATO-Russia Founding Act was signed.”

In classified notes that were made later leaked to news media, the United States and NATO responded to these demands by refusing to limit NATO from any enlargement or expansion. They made clear that the West will not return to the situation that existed in 1997, before even Poland or the Baltic states were members of NATO. In response to Russia’s aggressive posturing along Ukraine’s border, the United States and NATO have actually increased the number of troops in Poland, Romania, Bulgaria, and the Baltics, all of which border Russia or the Black Sea. Selected NATO countries have continued to ship more weapons to Ukraine.

In his latest response to the United States and NATO on February 17, Putin fumed, “Russia's ‘red lines’ and fundamental security interests, as well as Russia's sovereign right to protect them, continue to be ignored.”

Putin warned, “In the absence of the readiness of the American side to agree on firm, legally binding guarantees of our security from the United States and its allies, Russia will be forced to respond, including by implementing measures of a military-technical nature.”

No one should doubt that Putin has amassed enough military force on Ukraine’s border to follow through on his threat to attack Ukraine. But the fact is that even if he successfully attacks Ukraine and occupies territory, Putin will not have moved one step closer to achieving his stated “core demands.” Ukraine, or whatever is left of it, will be even more vehemently anti-Russian, a stone in Russia’s boot. The United States and NATO will undoubtedly add more troops to NATO members bordering Russia and seek to help Ukraine recover and improve its military forces. And NATO will remain open to new members.

Russia will have spent treasure and blood but gained none of the things that Putin has clearly said are his goals. And the people of Russia will be savvy enough to recognize his failure, however he tries to sell it. They will add his failure in Ukraine to his other failures to end Russia’s corruption or improve Russians’ living standards. Putin will wear the moniker of bully or bluffer, depending on what he does in Ukraine. But either way, he has lost.

Retired Brigadier (retired) General Kevin Ryan is a Senior Fellow at Harvard Kennedy School’s Belfer Center. He is founder of the U.S.-Russia Elbe Group and served as U.S. Defense Attaché to Moscow.