Is Ukraine Set to Change Rulers Yet Again? 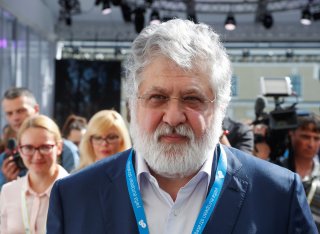 Ukrainians will go to the polls to elect mayors and city councilors on October 25. Normally this would elicit a shrug and a yawn from all but the most ardent of Ukraine nerds. But this go-around is different.

Ukraine’s telegenic president Volodymyr Zelensky swept the presidential and parliamentary elections last year. Zelensky’s Servant of the People party is likely to be thrashed in the local elections. Of Ukraine’s four cities with more than one million people (Kyiv, Lviv, Odessa, and Dnipro), Servant of the People likely won’t take a single one. As my colleague Brian Mefford put it, 2020 will be a year that favors incumbents, which is ironic after Zelensky, a green comedian, upended Ukraine’s establishment in 2019 by refusing to campaign, issuing a series of videos, and giving a series of comedy sketches across the country.

He won big, even if his promises were vague. Since then, the president’s numbers have dropped precipitously, from more than 70 percent to less than 35 percent in eighteen months. But a drop from such heights was utterly predictable. Ukrainians approach major elections with huge expectations, and when their leaders invariably fail, they take a beating in the polls. This was true of Victor Yushchenko after the Orange Revolution and Petro Poroshenko after the Euromaidan Revolution. The more interesting point is that Zelensky’s numbers had to drop because he had the audacity to suggest three major goals—peace with Russia, make Ukraine rich, and kill corruption—that cannot be attained overnight, and voters are impatient. Of course, his numbers would drop, but they didn’t have to drop as dramatically as they did. Zelensky made a gross and unforgivable error when he canned his reformist government in early March, weeks before the coronavirus pandemic struck and hit the already fragile economy. He also engaged in Poroshenko’s favorite parlor pastime—imitation reform—and did next to nothing on judicial reform and dismissed well-regarded and fiercely independent Prosecutor General Ruslan Ryaboshapka. Investors weren’t fooled, and foreign direct investment went negative in 2020.

Second, and perhaps most important, Ukraine’s most notorious oligarch Ihor Kolomoisky is on the march. Much was made of Zelensky’s links to the oligarch before and after the 2019 elections, but it’s important to watch the results of the local elections through the lens of Kolomoisky’s attempt to extend his influence and presence in the country. Rumors swirl in Kyiv that he wants to replace the current prime minister with a more pliable one. Kolomoisky already has thirty to forty loyal members of parliament (MP) in the Rada. Now the wily oligarch’s political party, For Future, is making inroads across the country. It could be seen as an attempt to prepare for parliamentary elections or an attempt to change the governing coalition in the Rada. As it stands, Zelensky’s Servant of the People party no longer enjoys the necessary 226 votes needed to pass legislation. If Kolomoisky’s party wins several big-city mayoral elections with its huge financial resources (which appears possible), more MPs may be swayed to align with Kolomoisky’s faction in the Rada. In a worst-case scenario, Servant of the People may have to join forces with Kolomoisky’s For Future and Dovira parties, which means one can kiss Zelensky’s reform promises goodbye for good.

Third, the local elections remind observers that there’s no such thing as political parties with defined ideology in Ukraine. Parties and political projects come and go before elections. One candidate in the Kyiv mayoral race previously stood with the conservative Samopomich party and now runs under Kolomoisky’s For Future. Mayors in seven towns have banded together and formed Propozytsiya, a new party.

In conclusion, Ukraine’s local elections bear watching, even if they will be significantly less dramatic than those in 2019.