Ukraine: Still on the Brink of Chaos 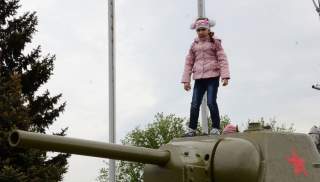 After Sunday’s elections in Ukraine, the punctuation remains the same. One question mark has replaced another. Yesterday’s question, “How likely—indeed how close—is a civil war?”, has momentarily receded. Having taken two steps back from the abyss, Ukraine returns to the original question: How is it to dig itself out of the hole dug by two decades of indifferent, bickering, corrupt politics when neither half of the country trusts the other and the government lacks the confidence of one half and the loyalty of the other? The answer is fairly obvious. The chance it will be seized is fairly unlikely.

Ukraine urgently needs to dismantle a political system that is a crosshatched network of oligarchic fiefdoms, corrupted into a tool for building private business empires and rewarding suborned public officials. Cleaning the stables of government is the prerequisite for launching the structural reforms of the economy, judiciary and military that never got off the ground in four previous governments. Reforms require public patience and buy in, but that won’t happen unless the high percentage of Ukraine’s population that considers the country’s government hostile to its interests changes its mind.

So, before anything that looks like a positive and predictable future can be imagined, Petro Poroshenko, one of the country’s leading oligarchs, will have to make good on his promise to scale back corruption—not merely by punishing malefactors in government, but by forcing into the light of day the dealings of the oligarchs on whom he will depend to govern—the likes of Igor Kolomoysky in Dnepropetrovsk, Rinat Akhmetov and Sergei Taruta in Donetsk, and Aleksandr Yaroslavsky in Kharkiv. Then, the two parts of the country will need to come together either through round tables, a constituent assembly or referendum to agree on a new compact that devolves enough power to the regions to meet local demand without facilitating the country’s breakup. Such a compact, however, won’t assure the south and east’s acceptance of a government for all of Ukraine unless the citizens of these regions feel that they are fairly represented within it, and that requires early, clean parliamentary elections giving their part of the country a proportionate voice in shaping national legislation. It also requires that the government Poroshenko creates not give a prominent role to the most nationalistic and inflexible elements from the pro-Maidan forces.

Ukraine’s new government faces this mountain of challenges with a pick and shovel. At best, it can hack off a chunk here and there with the hope that eventually the mountain will begin to give way—say, by introducing and then enforcing legislation bringing transparency to government procurement and finally facilitating the development of small business enterprises; ensuring that the east and south have a real say in shaping constitutional reform; moving rapidly toward early and open parliamentary elections; and counting on the “silent majority” in the eastern provinces, backed by local power brokers, to restore a semblance of order, rather than a bloody effort to sweep the area of armed, pro-Russian separatists.

This leads to still another question: Will the outsiders—Russia, the United States and Europe—ease the way or get in the way? Russia’s readiness to accept the election results and engage Poroshenko obviously helps, but it is highly conditional—in the short run, if the violence in the east and south escalates, and/or in the long run, if little comes of the effort to give both autonomy to the eastern regions and due weight to them in national politics. If the Poroshenko government then rushes forward with a Western option, egged on by the Western powers, the dialogue will quickly end, and Moscow will intensify other less helpful means for pursuing its objectives.

Europe and the United States will have to decide whether they intend to back the new Ukrainian government, more or less unconditionally, provided it takes some steps to correct the rot, or whether they are prepared to use both their diplomacy and wherewithal to advance the compromises needed to keep the country together, introduce minimal stability, and give all 46 million Ukrainians a shot at progress. For the ugly, too-often-ignored reality is that while the vast majority of Ukrainians, including 70 percent of those in the east, want a unified Ukraine, neither half of the country wants it if it means giving in to the preferences of the other half. To assume, as Western governments have, that it is for the Ukrainians to find common ground and for outsiders to avoid interfering is folly on stilts.

If the United States and Europe do not keep the pressure on Ukraine’s new leaders to drive through the Rada the agenda that no other Ukrainian government has driven or enforced; to reach out in credible fashion to the citizens of eastern Ukraine, including the corrigible among pro-Russian separatists; and to demonstrate the art of compromise to a public with little taste for it, we should be prepared for the answer that we will get to the question noted at the beginning of this essay. And, if Western governments feed Ukrainian expectations that an Association Agreement with the EU and maybe closer ties to NATO are in the offing, rather than stress the importance of achieving an outcome that yields Ukraine the benefits of cooperation with both East and West, they will guarantee that Russia remains more of a source of the problem than a solution to the problem.