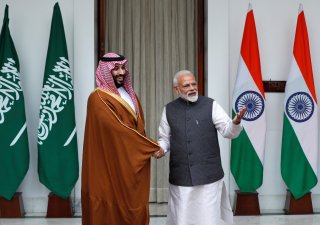 Conflicts like the war in Ukraine can only be absorbed into strategic thinking by being understood in terms of historical patterns. But these narratives sometimes tell us more about those who invoke them than they do about the past. All sides in this war, for instance, share the same historical references. Whether it is the Ukrainian government, or Russian and American public opinion, all trace the conflict’s origins and implications either to World War II or the Cold War. Russia accuses Ukraine of deploying neo-Nazis against ethnic minorities, while President Volodymyr Zelenskyy compares Russian actions to the Holocaust. Meanwhile, everybody speaks of the Cold War’s continuation, this time between Russia and China, on the one hand, and a revivified West, on the other.

Apart from betraying the existence of a shared historical imagination between the war’s enemies, such narratives are deeply parochial to the point of being delusional. For one thing, the constant references to World War II and the Cold War in every recent conflict involving the West suggest not merely rhetorical inflation but a narcissistic inability to move beyond glorious tales of Euro-American victory against great odds. Lost battles like Vietnam rarely make an appearance in this perspective, and nor does the more recent and accurate precedent for today’s conflict that is provided by the War on Terror. Yet, it is this latter event that likely dominates the historical imagination of non-belligerent countries in Asia, Africa, and Latin America.

Just as in the aftermath of the 9/11 attacks, Russia’s brutal invasion of Ukraine has provided the West with an opportunity to remake itself at the head of a new global order. At that time, the post-Cold War geopolitical arena was reshaped through security measures at home and wars abroad to ensure the West’s continuing dominance. And today, the failure of the Global War on Terror to accomplish its aims despite enormous violence, suffering, and expense seems to call for yet another effort, now directed against more conventional enemies through yet another example of the “shock and awe” that defined Iraq’s invasion in 2003. However criminal the provocation, these wars go well beyond attempts to defeat enemies and have a new world and regional order as their aim. This explains their unprecedented mobilizations as well as inflated political rhetoric.

The last time we saw such media-fueled hysteria and state-led propaganda in the West was during the War on Terror. Its information war is no different, in this respect at least, from Russia’s or China’s and just as crude with its banning of Russian artists, athletes, and culture. But unlike the aftermath of 9/11, which brought the West and Russia together (Moscow likened the Global War on Terror coalition to the anti-Hitler coalition during World War II), the world outside the West has not signed up to this new struggle. It is not that these countries are beholden to Russia, anti-democratic, or heedless of the consequences were Ukraine to disappear as a viable state. Instead, they probably recall the failure of the War on Terror and no longer want to be involved in what they see as another geopolitical gamble unlikely to benefit them in any way.

The West’s resurgence then did not last long. Instead of morphing into a rejuvenated and unified front, the invasion of Iraq shattered any notion of Western unity. This experience probably feeds into the assumption and expectation, in many parts of the world, that the West’s current resurgence may also be transient. As the war grinds on, more cracks and divergences are likely to appear within the Western front. In fact, this is already happening. Even when it comes to the strategic goal of rejecting Russian ambitions and supporting Ukraine, not everyone sees eye to eye. From not humiliating Russia to strategically defeating Russia and many shades in between, different actors have advanced divergent goals for the West in dealing with it. For instance, the German chancellor’s top foreign policy adviser urged Europe not to lose sight of its long-term relations with Russia while at the same time calling for a more careful and cautious course toward China. Not least, the Western resurgence might face the test of a Trump-like figure in the White House in 2024, if this becomes the case.

In addition to their distrust of Western intentions and abilities, non-belligerents in other parts of the world also know Russia does not possess a fraction of the West’s coercive power and so cannot plausibly aspire to global dominance. Indeed, despite the ostensibly global narratives retailed by European and American commentators about this war, for many countries outside this club, it is regional-level considerations and perceptions that define policies towards the war and global affairs. The Middle East is a case in point. Despite many pleas from the West and President Joe Biden’s visit to the region, countries such as the UAE and Saudi Arabia, who depend on the U.S. security umbrella, continue to engage in a geopolitical balancing act between the West and Russia. To Biden’s chagrin, they have not only refrained from pumping more oil into the international market, OPEC+, a grouping in which Saudi Arabia and Russia play leading roles, agreed on a major cut to the oil output in its meeting on October 5. Unresponsiveness to U.S. requests is a way for these countries to signal discontent, both being unhappy at America’s unwillingness to support their disastrous military campaign in Yemen as well as at U.S. policy towards Iran. More than downsizing its regional security commitments, the perception that the United States is increasingly unpredictable and unreliable as a partner also informs this policy, its botched withdrawal from Afghanistan only confirming the perception. The West’s current resurgence in confronting Russia is itself a largely regional effort taking place in Europe, and there is no similar resurgence of the West in the regional politics of the non-Western world. In fact, the opposite is the case.

The provincialism of Euro-American attitudes and power projection is also clear in the moralistic language that is ubiquitous in Western narratives. These are problematic for many in the non-Western world by reason of their selective and non-universal character. The highly geopoliticized nature of language of democracy and authoritarianism undermines or hollows out the Western narrative.  Plus, many point to contrasts between the West’s discourse about the invasion and occupation of Ukraine and about Palestine and Iraq.

The increasing pace of multipolarity in the Middle East means that many countries are rethinking their erstwhile policy of putting all their eggs in the Western or U.S. basket. Russia has become a major player in the region’s security and China in its economy. For sure, neither China nor Russia can replace the U.S. role in this region. At the same time, however, the Middle East is no longer a U.S.-centric place. It is a region that is multipolar both internally and externally. This regional picture informs the behavior and policies of many countries regarding the war in Ukraine, as well as the unfolding great power competition at a global level. From a Western perspective, the policy and discursive posturing of such actors might come across as abnormal. However, for many in the Global South, these attitudes are informed by political realism and hence an attempt to adapt to multipolarity as the new normal in the international system. If the West desires more solidarity from the non-Western world in the face of Russia’s cruel invasion of Ukraine and the competition with China, it needs to rethink the nature and depth of its engagement with the regional politics of that world.

More than caution, there might even be aspirations involved in such a refusal to ally with the West, such as the desire for a multipolar order that, while not without risks, might allow many states to achieve more autonomy. In fact, the search for strategic autonomy has been in vogue for many regional or middle powers as well as for the EU itself. It remains an open question whether Russia’s gamble will give birth to a more unified or divided West and thus to the confirmation of Western primacy or multipolarity in the international system. But for many, international structures that can enhance their autonomy in global politics are far preferable to any notion of a revivified West and its continued dominance over the global order.

This is clear even at the level of historical consciousness. Unlike the stereotyped historical references deployed by Russians, Ukrainians, Europeans, and Americans, the rest of the world has access to another repertoire from the past, in which colonialism and the continuation of Western dominance in the post-colonial period loom large. Yet, this imagination is not defined by fear and resentment so much as by a salutary suspicion of Western intentions joined with the acknowledgement that even such historical narratives are no longer of much use in analyzing the present. The more the West turns this war into a confrontation between Russia and itself, the less appealing this narrative is for the non-Western world. Especially when we are witnessing the fast-paced Europeanisation of Ukraine and the contrasting Asianisation of Russia. This vision implicitly or explicitly rests on a xenophobic reading of international affairs, where goodness is associated with Europe or the West, and evil with Asia or the non-West—even though Russia's invasion of Ukraine is more in line with Europe’s imperial projects of the nineteenth and early twentieth centuries. To be more explicit, Moscow’s policy towards the post-Soviet space is neo-imperial in nature and premised on the logic of domination, not merely influence projection. And had Russia achieved a swift victory in Ukraine, many countries in the post-Soviet space would have had no option but to turn into new submissive and vassal Belaruses in their relations with Moscow.