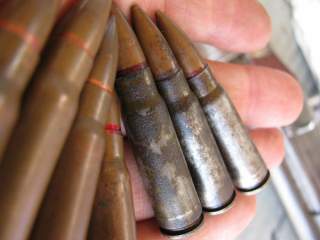 Recent events in Missouri, Iraq, Gaza and, yes, even Hollywood, have emerged in quick succession over the past couple of weeks to provide Washington’s courtier press with a near perfect alibi for its rather marked unwillingness to report on the unfolding humanitarian crisis engulfing the Donbas region of eastern Ukraine.

The numbers, as they often do, help tell the tale. According to UN spokeswoman Cecile Pouilly, the number of fatalities in eastern Ukraine has doubled from 1,129 on July 26 to 2,086 over the past two weeks. According to what the UN has described as these “very conservative estimates,” 5,000 people have been wounded and there are now well over 110,000 internally displaced people (IDP’s) who have fled their homes, while Moscow reports that roughly 730,000 Ukrainian refugees have crossed the border into Russia.

By way of comparison, the UN High Commissioner for Human Rights has reported that 1,948 Palestinians and sixty-six Israelis have been killed since Israel launched Operation Protective Edge on July 8, and yet one would be hard pressed to find any coverage of the mounting death toll in the Donbas on our puerile cable news outlets. And given the OSCE’s estimable on-the-ground reporting in Ukraine, the media’s collective decision to overlook the ongoing humanitarian crisis is all the more egregious. Take, for instance, this report from Donetsk by the OSCE’s Special Monitoring Mission (SMM) on August 7:

Two hundred meters from the high rise buildings [two residential high-rise buildings had been shelled in the city center], the SMM observed that all the windows on the second floor of a public hospital had been destroyed. On entering the hospital, the SMM observed that the entire second floor had been destroyed…with only rubble remaining. The SMM saw many evidently traumatized and crying civilians and medical staff.

On August 8, the SMM filed this from Luhansk, which had a prewar population approaching half a million people:

. . . the city was without electricity, water, and a mobile connection, and was being shelled practically non-stop from 4a, to 2am . . . drinking water and bread were almost impossible to buy and tap water was unpurified. The IDP’s also reported that people were burying bodies in gardens, since funeral service no longer operated . . . only people who were looking after bedridden relatives, or those without money, wished to stay in the city.

More evidence of the ensuing humanitarian crisis emerges in the SMM’s report of August 12 from the city of Pervomais’k, some 45 miles west of Luhansk:

10,000 of Pervomais’k’s 80,000 inhabitants remained in the town. The town, they said, was being shelled by both Ukrainian military forces and irregular armed forces groups. The result, they said, was that almost all apartment blocks in the town had sustained damage and only 30% of detached houses were intact. They said that 200 people had been killed in the town and more than 400 wounded since the shelling allegedly started on 22 July, with the dead being buried in courtyards.

The OSCE reports are also—not surprisingly—painting a picture of an increasingly polarized Ukrainian society. Reports of dueling pro and antigovernment protests in the eastern city of Kharkiv on August 10 put paid to the notion, tirelessly put forward by pro-Maidan mouthpieces, that Vladimir Putin has unwittingly ‘unified’ Ukraine as never before. The SMM report of August 12 notes that IDP’s from the east are facing discrimination in housing and other incidents of harassment from their Western compatriots. A director of a real estate concern in Kiev told the SMM that “many landlords in the capital city did not want to rent their apartments to IDP from Donbas for economic reasons and differences in mentality.” The result is that many IDP’s are living in temporary camps, which, according to the report, are ill equipped for the coming winter.

While the reaction of the American media to the OSCE reports has been to ignore them, the response by State Department automaton Marie Harf has been to dismiss them, all the while endeavoring to absolve Kiev of any responsibility whatsoever for the humanitarian crisis.

Consider this exchange at a State Department briefing on July 30:

QUESTION: Are you concerned at all that, as you have said with Israel, that they [Kiev] are not living up to their own high standards? Are you – do you have the same concerns in Ukraine, that the Ukrainian military is not doing enough to prevent civilian casualties?

Ms. Harf: Well, look, we are going to also hold them to their commitments on – particularly with – when we talk about exclusion zones, right, when we’ve talked about ceasefires, but also in protecting civilian casualties, we’ve seen them exercise extraordinary restraint in the face of incredible opposition from the Russians, and we’ll continue working with them. (emphasis added).

QUESTION: Okay, when you say the Ukrainians have a responsibility to protect their citizens in their own country, does that apply to all Ukrainians, all people in Ukrainian soil?

MS. HARF: What – I don’t understand the crux of your question.

Sadly, one can’t help but believe her.

Yet on the other hand, perhaps it’s more comfortable for her to feign ignorance than acknowledge what the State Department and U.S. intelligence agencies undoubtedly know: that ill-trained, far-right paramilitary forces have played a crucial role in the latter stages of Kiev’s military operation in the east. According to a report last week in The Telegraph, battalions that espouse neo-Nazi, white supremacist and anti-Semitic views with “several thousand men under their command” are acting as the tip of the spear in the Donbas campaign. One such battalion, the Azov, is said to have attracted fighters with similar neofascist views from as far afield as Ireland and Sweden.

Sunday’s talks in Berlin between the foreign ministers of Russia, Ukraine, France and Germany yielded little in the way of progress toward a cease-fire, much less toward any sort of negotiated settlement. Meanwhile, Ukrainian forces have again started shelling the cities of Donetsk and Luhansk, while the rebels reportedly shot down a Ukrainian fighter jet on Sunday. So while the crisis seems primed for a major escalation, the response from the American media and our ever-complacent Commander-in-Chief has been to simply turn a blind eye towards this rapidly unfolding catastrophe.